Because You Know Ultimately We Will Band A Militia 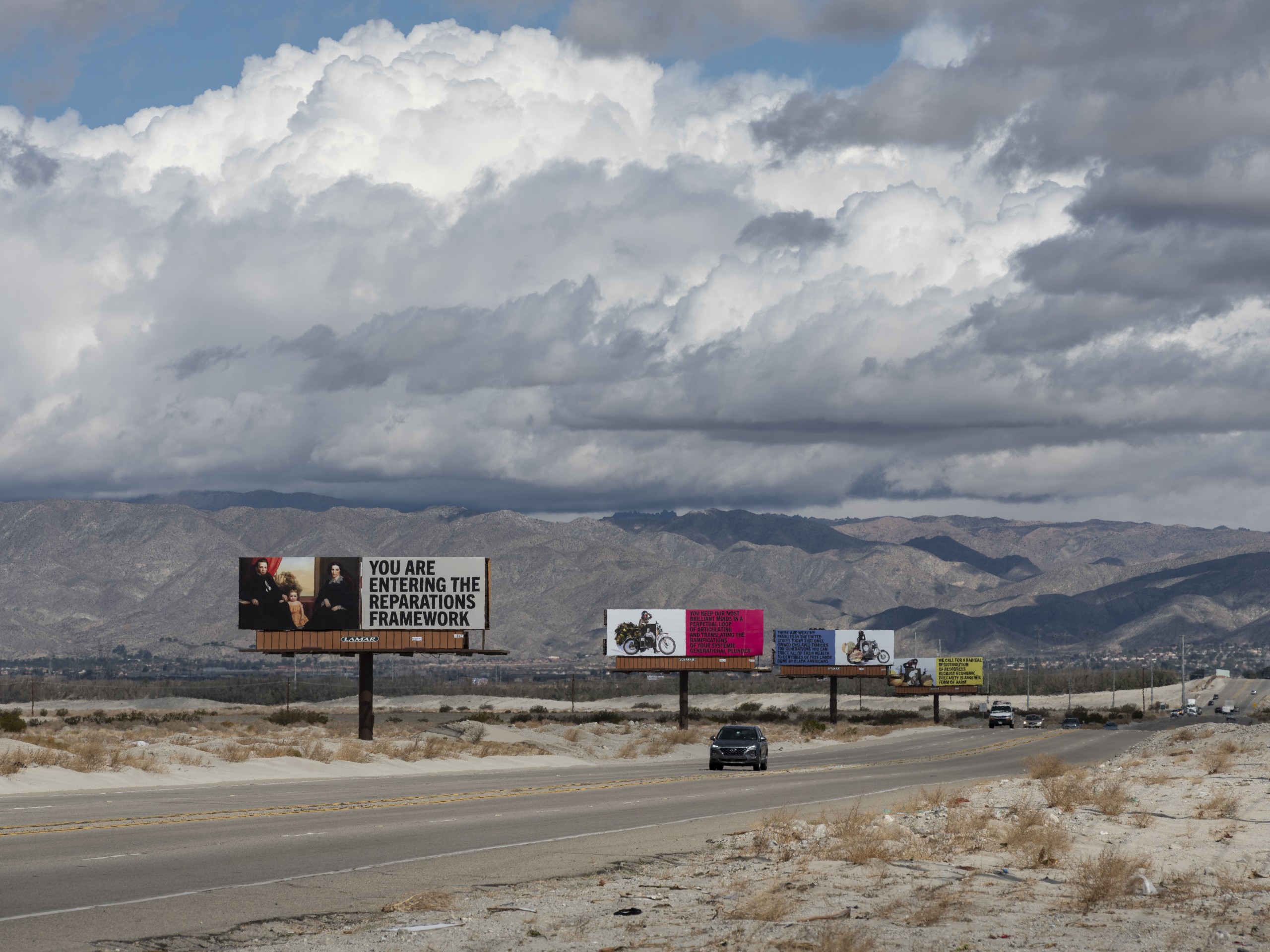 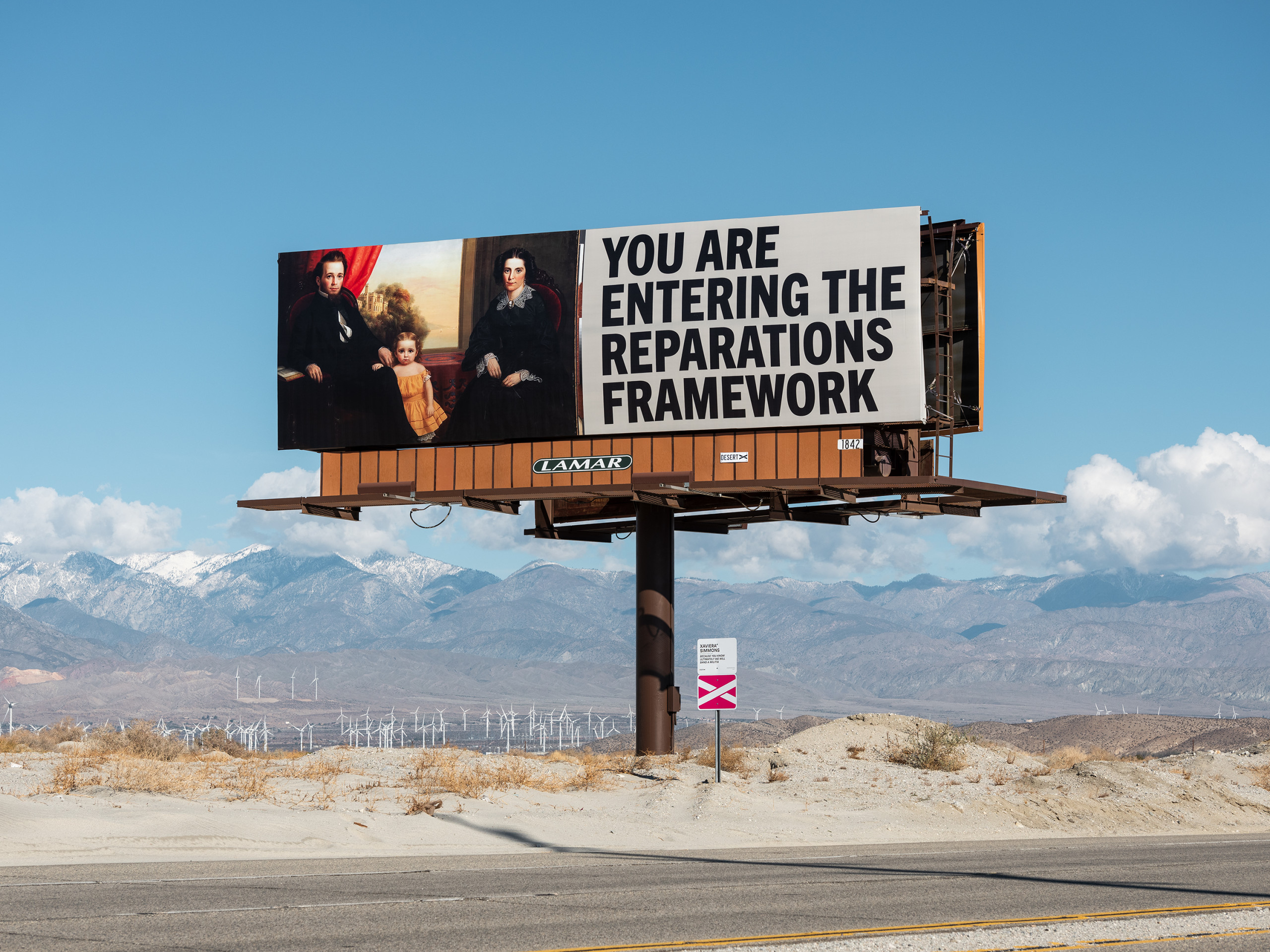 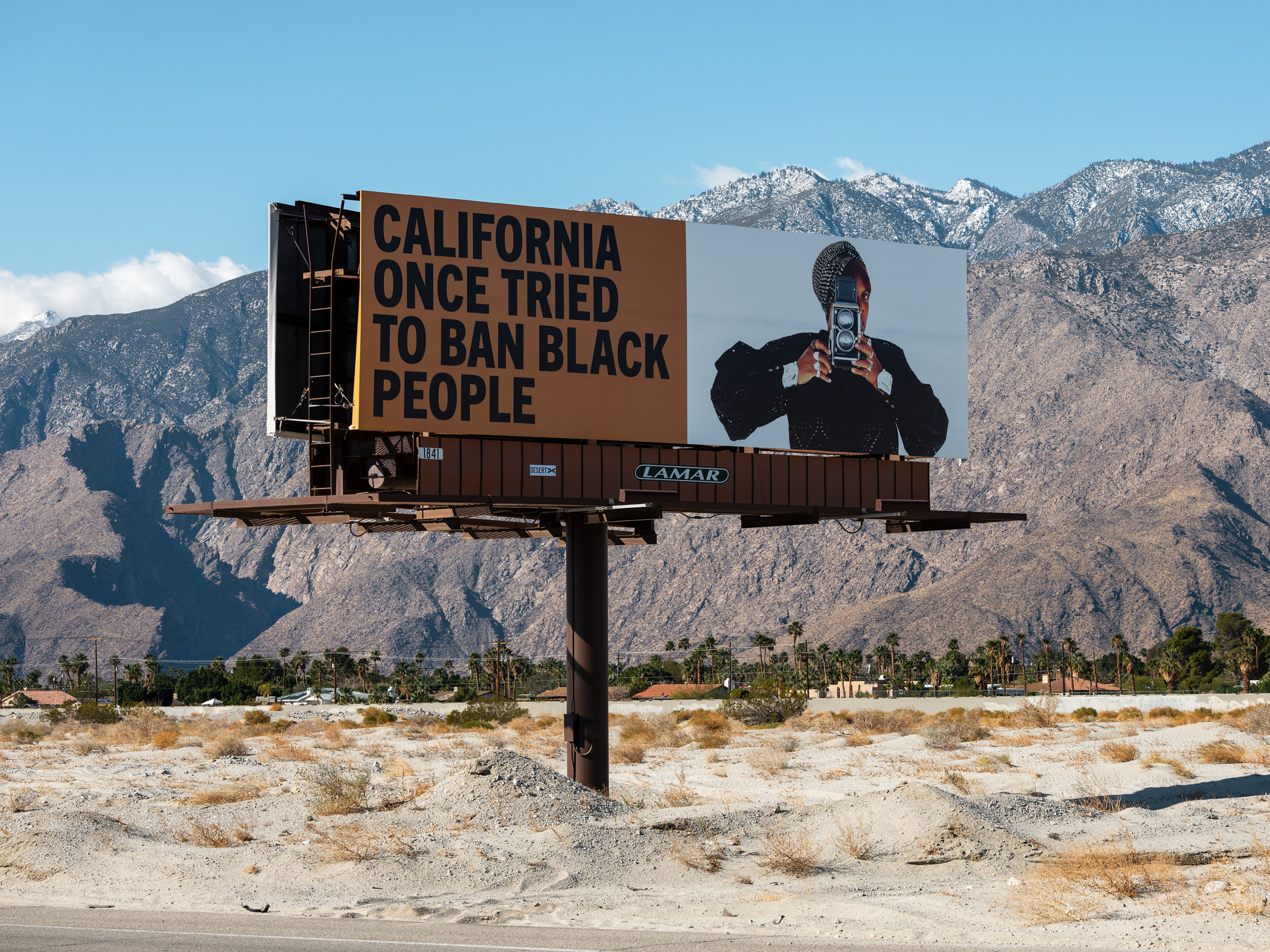 “It is not that Indigenous or First Nations people or the Black descendants of American chattel slavery have never had the imagination for monuments,” Xaviera Simmons says. “It’s that white America, particularly as represented and enforced by local, state, and federal governments, has consistently attempted and often succeeded to terrorize the impulse of self-defining monumentality out of those groups — groups which my own ancestry rests.” For Desert X, Simmons created a work that occupies a series of billboards on Gene Autry Trail, and its foundational ingredients are reverence, resistance, and the redistribution of tangible material resources. Because You Know Ultimately We Will Band a Militia engages American mythmaking through our visual consumption, production, and embodiment via the resistance structures and counter narratives that have always been crafted as radical responses alongside the continual production of these mythmaking narratives.

Xaviera Simmons’ (New York, New York, 1974) work spans photography, performance, video, sound, sculpture, and installation. She defines her studio practice — rooted in an ongoing investigation of experience, memory, abstraction, and present and future histories specifically shifting notions surrounding landscape — as cyclical rather than linear. She is committed equally to the examination of different artistic modes and processes; she may dedicate part of a year to photography, another part to performance, and other parts to installation, video, and sound works, keeping her practice in constant and consistent rotation, shift, and engagement.

The artist and Desert X would like to thank Kaeli Deane & Chris Beals and Dr. V. Joy Simmons for their generous support in making this project possible.