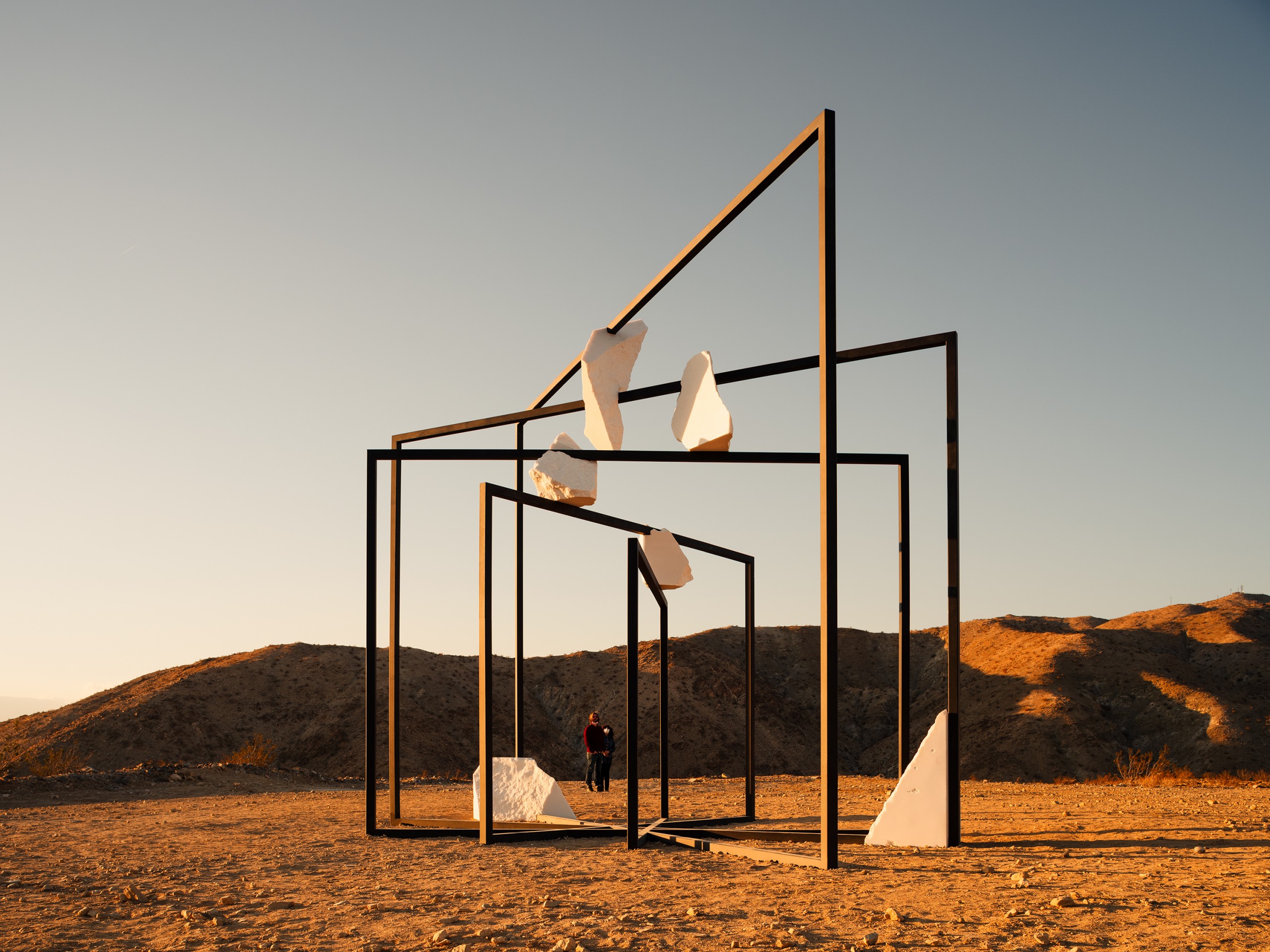 ParaPivot (sempiternal clouds) consists of interlocking frames supporting large blocks of white marble that appear as ice calved from a distant glacier. The array of steel and stone draws viewers into the frame of this massive, yet fragile, universe where simple forms yield complex meanings. As you approach and move in and out of its frames, you become aware of the experiential equivalent of Heisenberg’s uncertainty principle, an effect whereby observer interaction changes the form of the thing being interacted with. The result is an illusion of instability. This wobbling perception of size and relationship lies at the heart of the work, as with every step, the sculpture and its components reform into new combinations. Time and space become distorted as rocks pulled from 200 million years ago levitate into the clear blue sky. Like the experience of desert itself, ParaPivot, even as it is made up largely of emptiness, is dense with meaning.

Alicja Kwade (Katowice, Poland, 1979), who lives and works in Berlin, investigates and questions the structures of reality and society and reflects on the perception of time in our everyday life. She grounds her practice around concepts of space, time, science, and philosophy and her work takes shape in sculptural objects, video, and photography.

The artist and Desert X would like to thank the following for their generous support in making this project possible: Richard Mille, 303 Gallery and König Galerie. 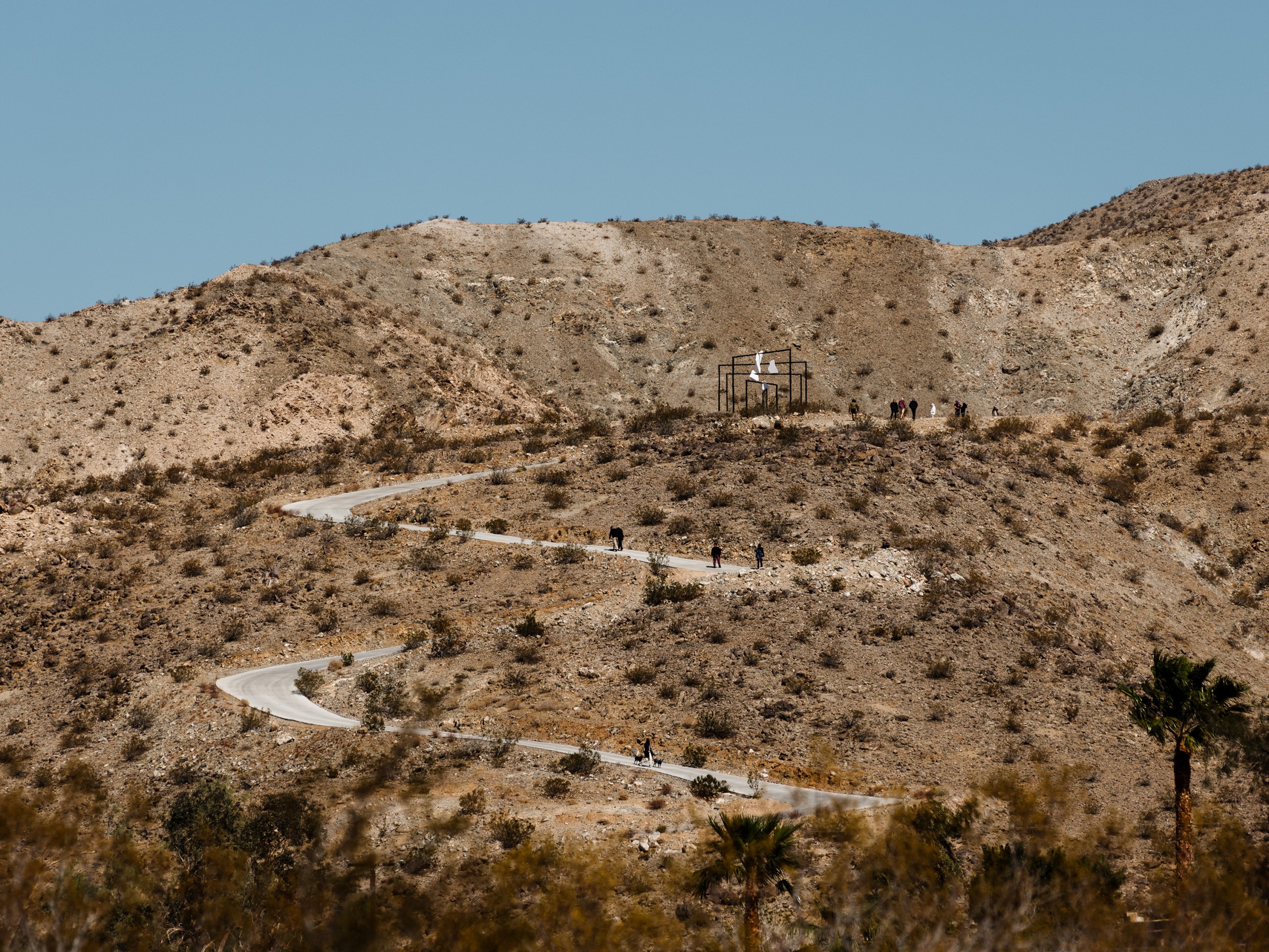