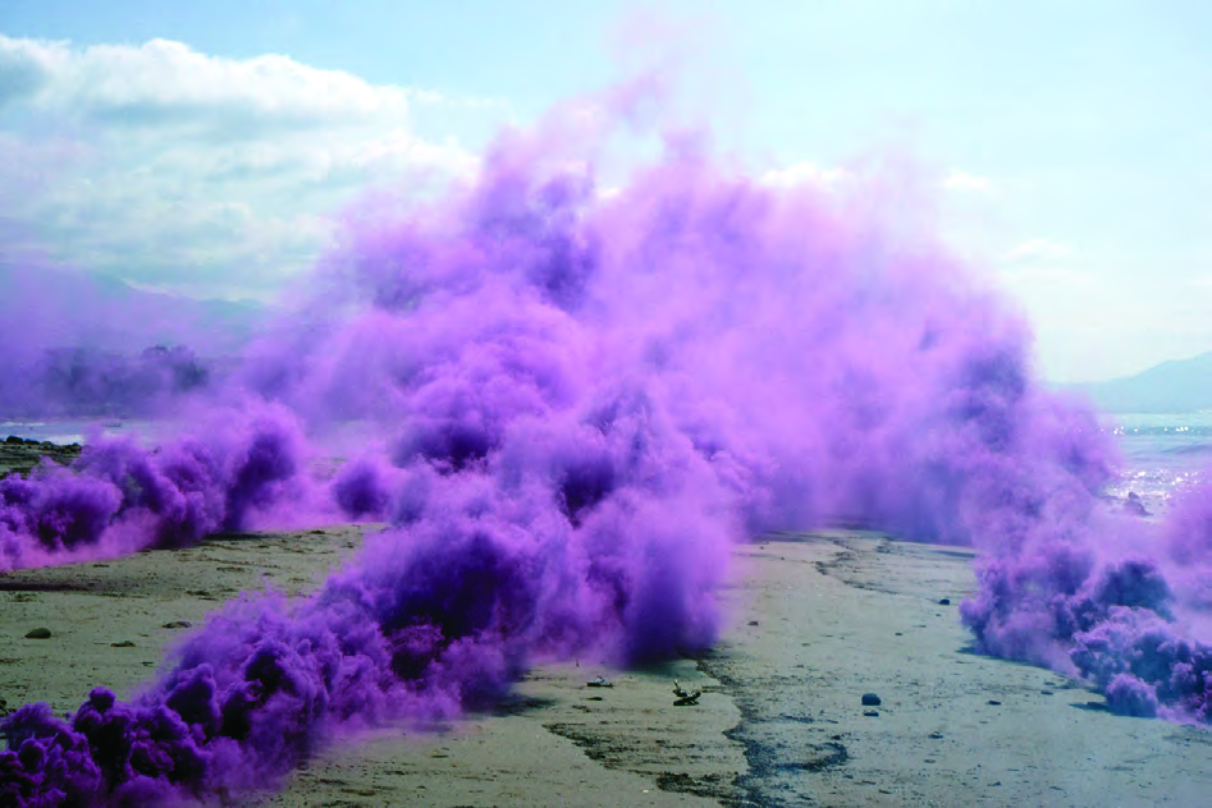 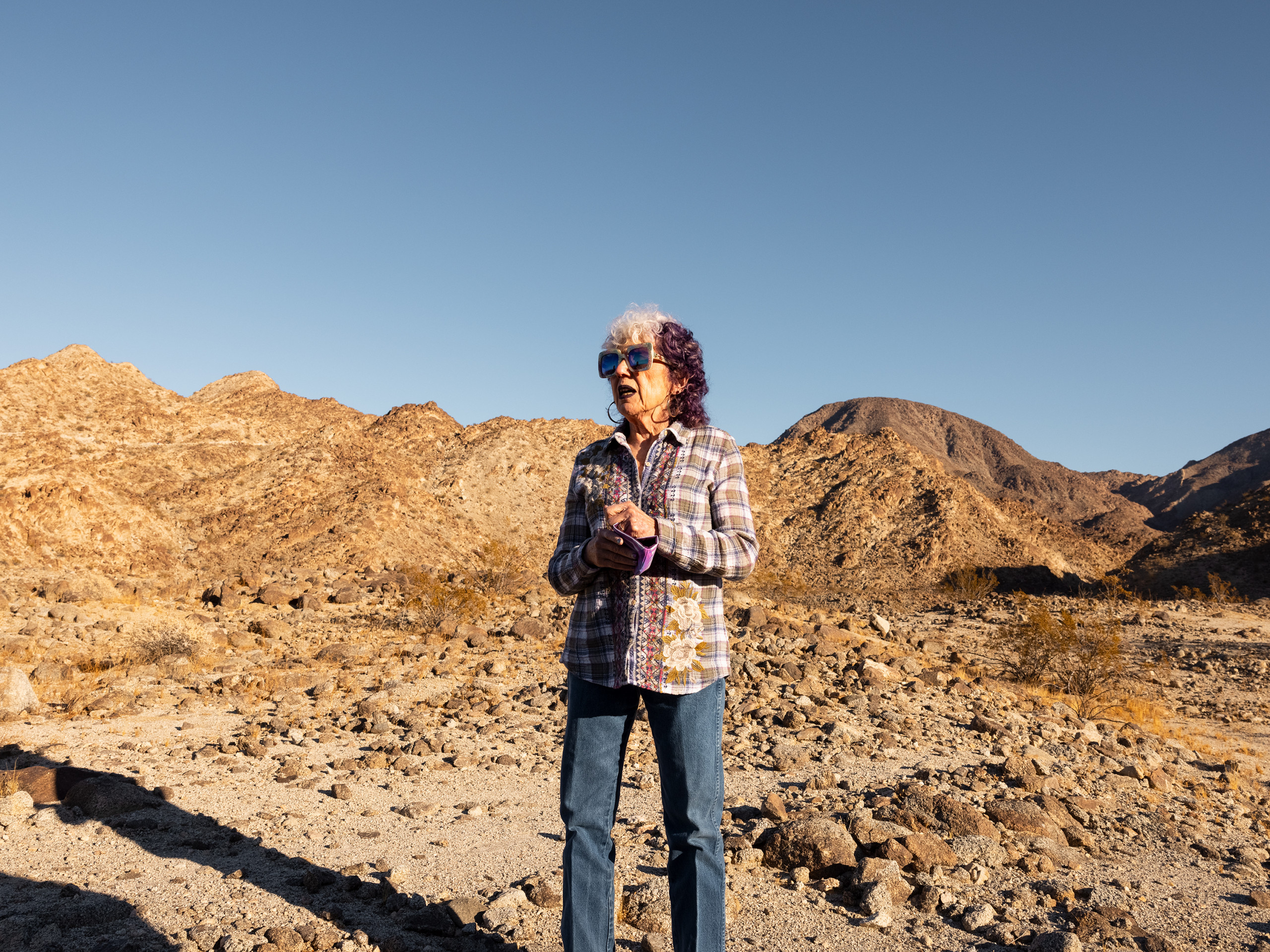 Over a career spanning more than 50 years, Judy Chicago has created art in a variety of media including fireworks, plastics, china-paint, and needlework while engaging the political issues of the day. Her early Atmosphere works consisted of colored smoke that momentarily transformed the landscapes they inhabited. Created in response to a land art movement that consisted largely of male artists’ bulldozers, Chicago’s works resisted scarification in favor of ephemeral moments of softening and feminization of the landscape. For Desert X, she presents a new smoke piece, using completely non-toxic materials, alongside images of previous works. Living Smoke celebrates the desert landscape and the indelible work of an artist for whom the personal, political, and environmental have always intertwined.

Judy Chicago is an artist and author of 14 books that will be amplified by the 2021 publication of The Flowering: The Autobiography of Judy Chicago (Thames and Hudson), which includes an introduction by Gloria Steinem. Chicago’s career spans almost six decades, during which she has produced a prodigious body of art that has been exhibited all over the world. In the 1970s, she pioneered feminist art and feminist art education in a series of programs in Southern California. She is best known for The Dinner Party (1974–’79), her monumental work, now permanently housed as the centerpiece of the Elizabeth A. Sackler Center for Feminist Art at the Brooklyn Museum, consisting of 39 place settings representing famous women from Hatshepsut to Emily Dickinson and the names of 999 more women who have been marginalized from history. Like much of her output, this collaborative project incorporates traditional women’s crafts such as embroidery, needlepoint, and ceramics. In 2018, Time magazine named Chicago among the “100 Most Influential People,” while Artsy magazine listed her as one the “Most Influential Artists.” Her first retrospective opens August 28 at the De Young Museum in San Francisco.

We are disappointed that Judy Chicago has chosen not to move forward with a new location for this project, but we respect her decision.