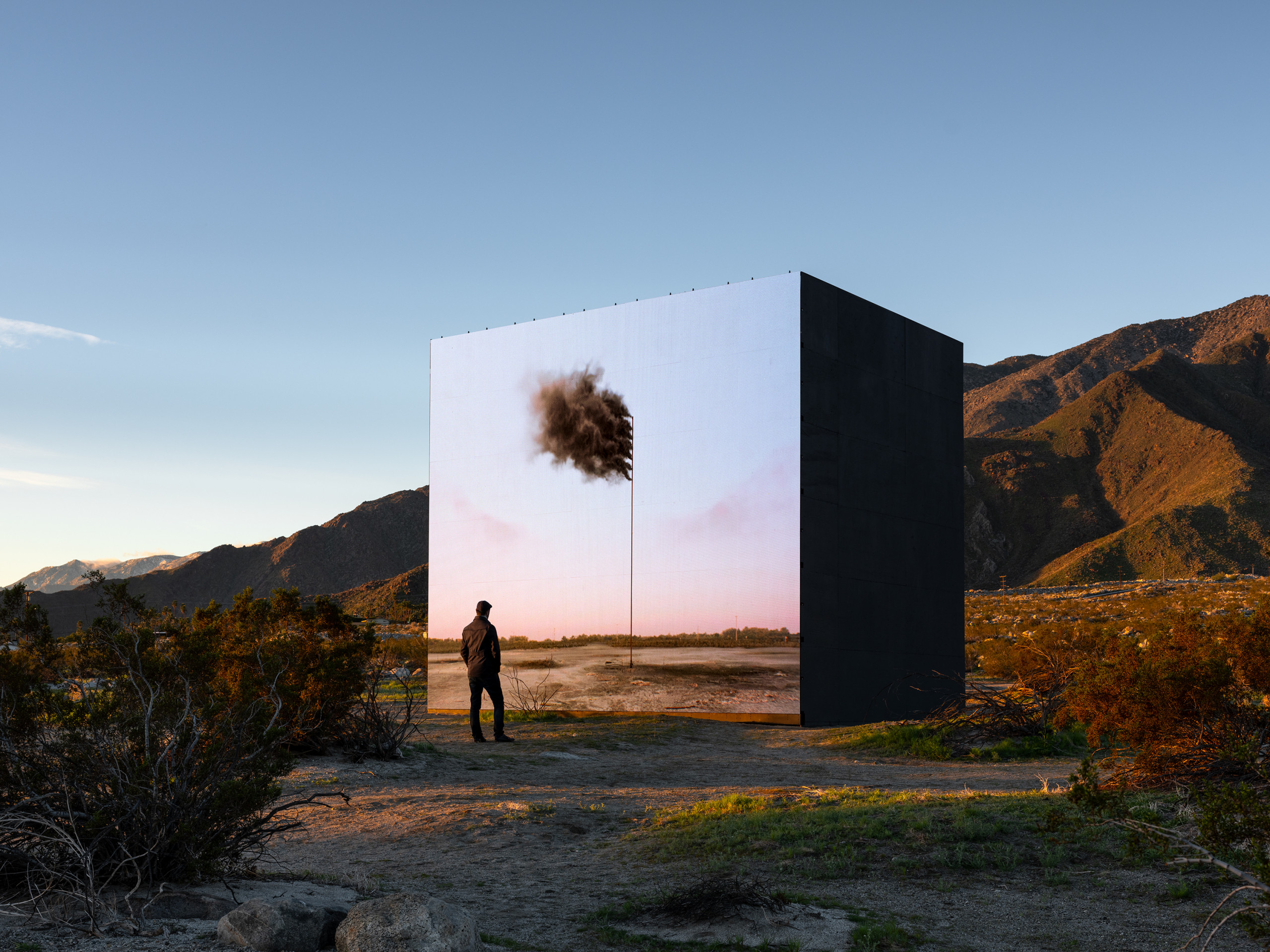 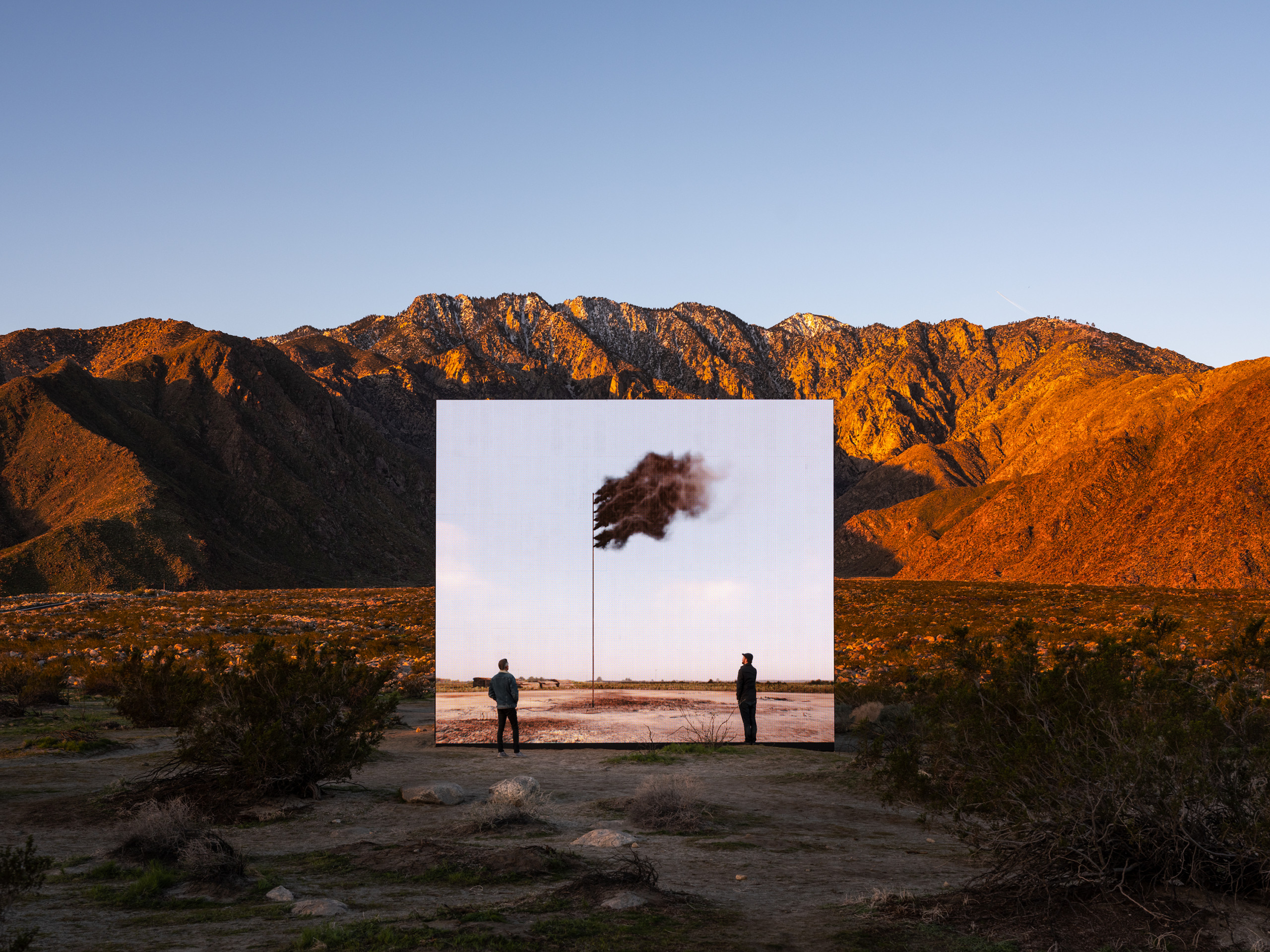 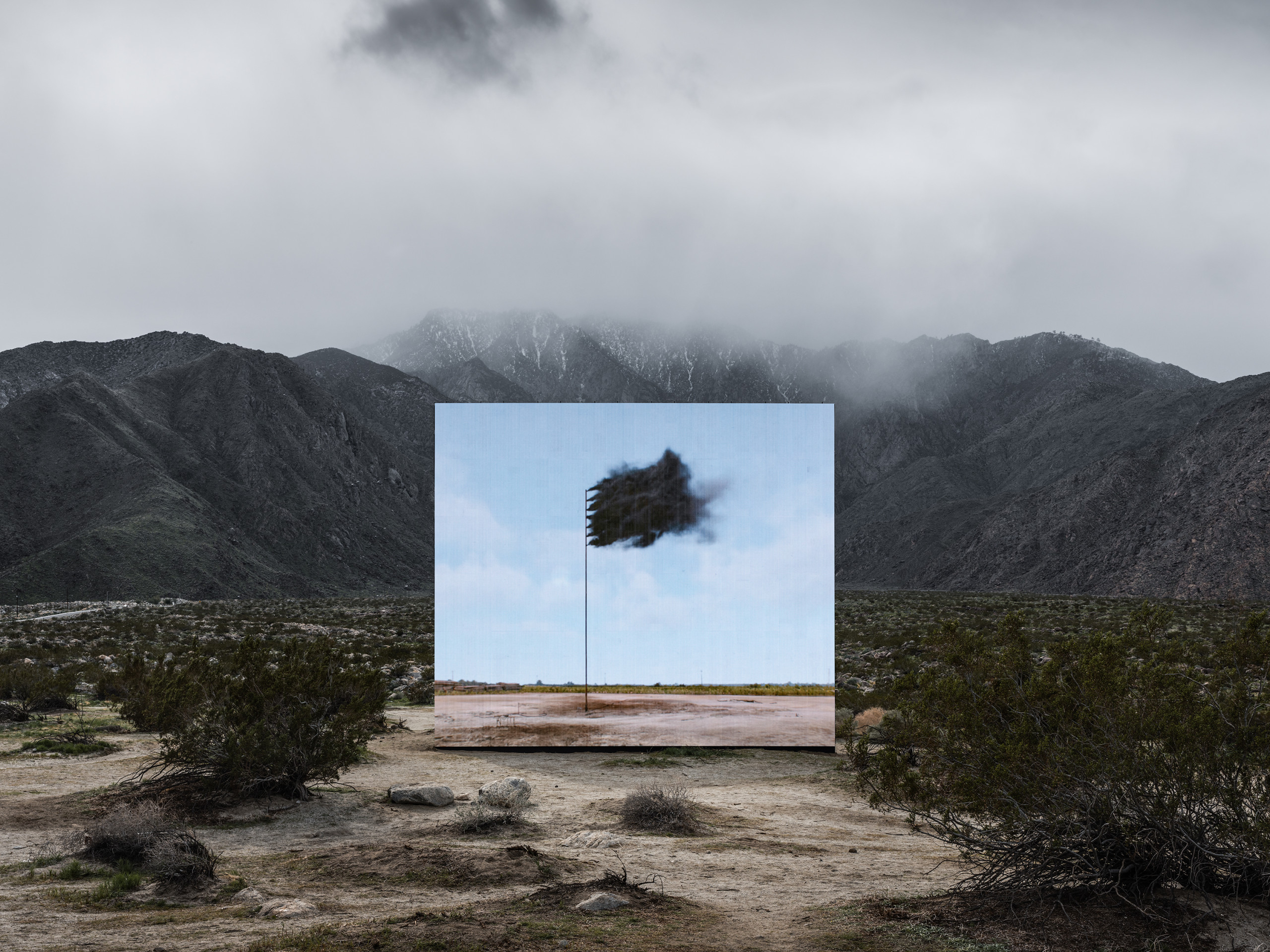 Western Flag depicts the site of the ‘Lucas Gusher’ - the world’s first major oil find - in Spindletop, Texas in 1901, now barren and exhausted. The site is recreated as a digital simulation the center of which is marked by a flagpole spewing and endless stream of black smoke. The computer generated Spindletop runs in exact parallel with the real site in Texas throughout the year: the sun rising at the appropriate times and the days getting longer and shorter according to the seasons. The simulation is non-durational (having no beginning or end) and is run live by software that is calculating each frame of the animation in real-time as it is needed. Situated at the very gateway to the Coachella Valley and the city of Palm Springs Western Flag acts a stark reminder not just of the willful exploitation and depletion of resources that millions of years ago covered this former sea floor with an abundance of life, but of the energy taken to return the deserted land to its current state of artificial habitation. The invisible gas responsible for climate change is here made visible. Flying the flag of our own self-destruction we are asked to consider our role in the warming of the planet and simultaneous desertification of once fertile lands.

Listen to an interview with John Gerrard on the Desert X 2019 Podcast here.