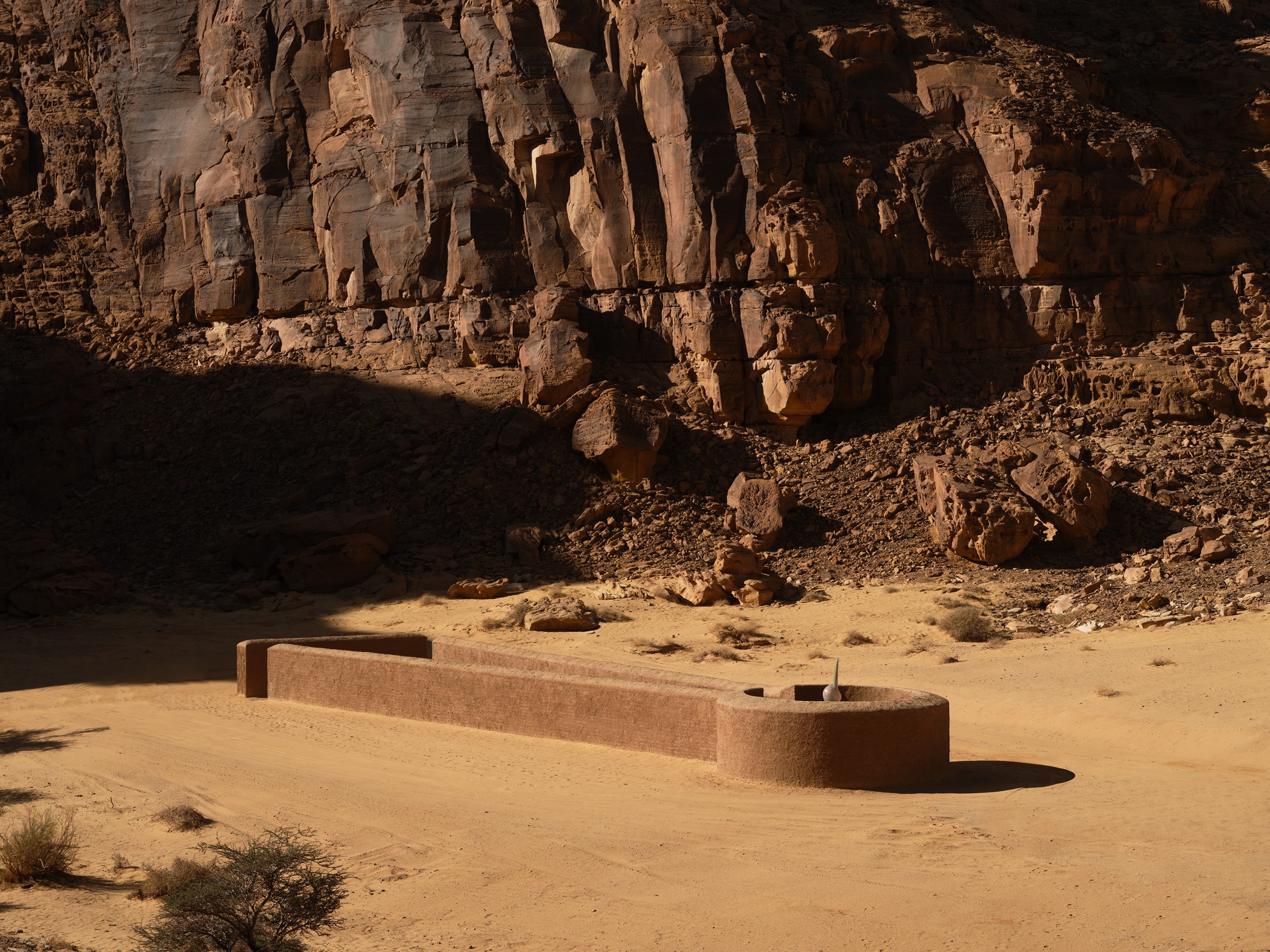 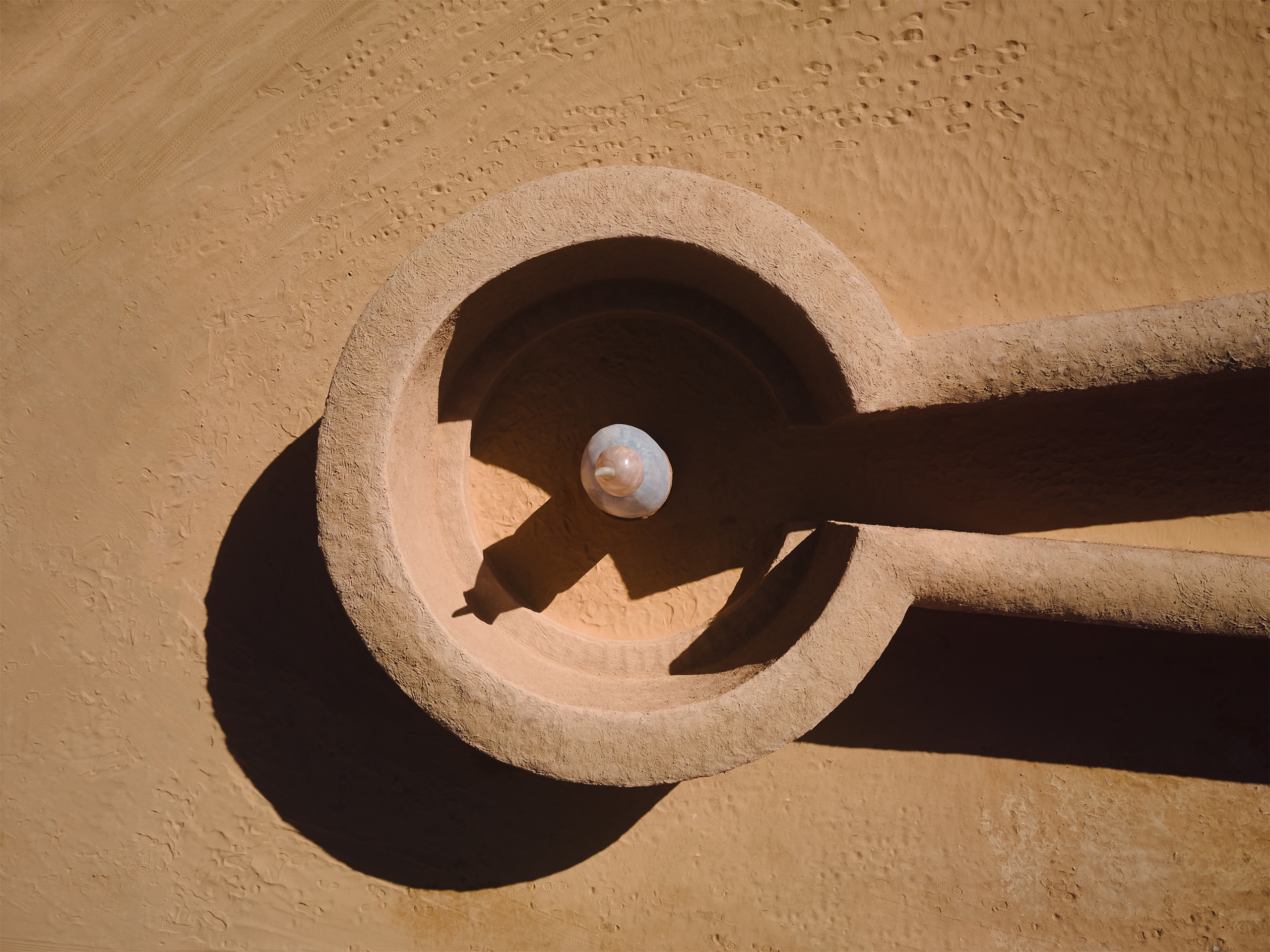 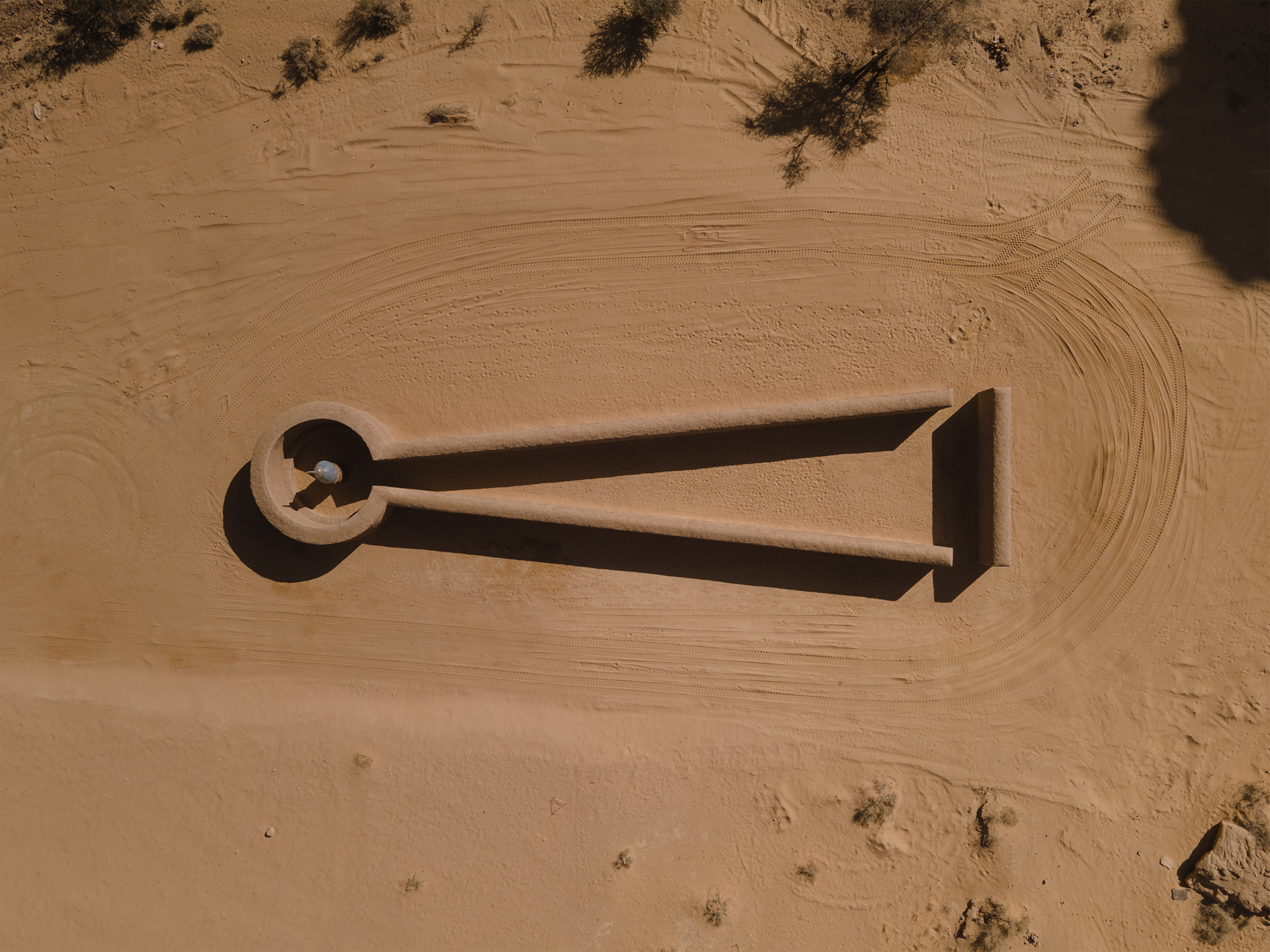 Desert kites, or keyholes, are traditional constructions found in the northwest of Saudi Arabia that are created to trap game animals. They appear in deserts and ancient sites of heritage, including AlUla’s landscapes. The Nabataeans used various symbols to decorate their monuments and to celebrate and protect their communities both in life and death. The protective symbols encompass a range of animal, human, and abstract designs, including eagles, sphinxes, lions, and snakes; masks and faces including depictions of Medusa-style heads; and other symbols and patterns such as urns, crowstep designs, rosettes, and sun disks.

Through the combination of vernacular structures and protective symbols, the artist has built from Superadobe a monolithic form in the shape of a desert kite that both herds and collects. Here it functions as a repository for memory and myth. The structure has an open-air circular chamber within which a clear urn is embossed and covered with a lid. The top of the urn is a tall spike, which can be seen from outside the structure. Upon close inspection, mythical creatures appear trapped within the urn.

Sultan bin Fahad (b. 1971, Saudi Arabia, based in Los Angeles) considers art as a journey between intangible memories and tangible cultures. Throughout his abstract paintings, sculptures, and installations, Bin Fahad’s central themes remain spirituality and the material culture of Mecca in his native Saudi Arabia. In his work, he reinterprets histories, stories, and narratives with the use of material culture. The central themes of his practice revolve around repetition, sound, and movement, using symbols that derive from Islam. Bin Fahad has exhibited in solo and group shows in the Arab World, Asia, and Europe (most recently in Forever Is Now, Art D’Egypte and the Diriyah Biennale, 2021). Sultan bin Fahad’s work is in the collections of the Palestine Museum, lthra, and Guggenheim Abu Dhabi.