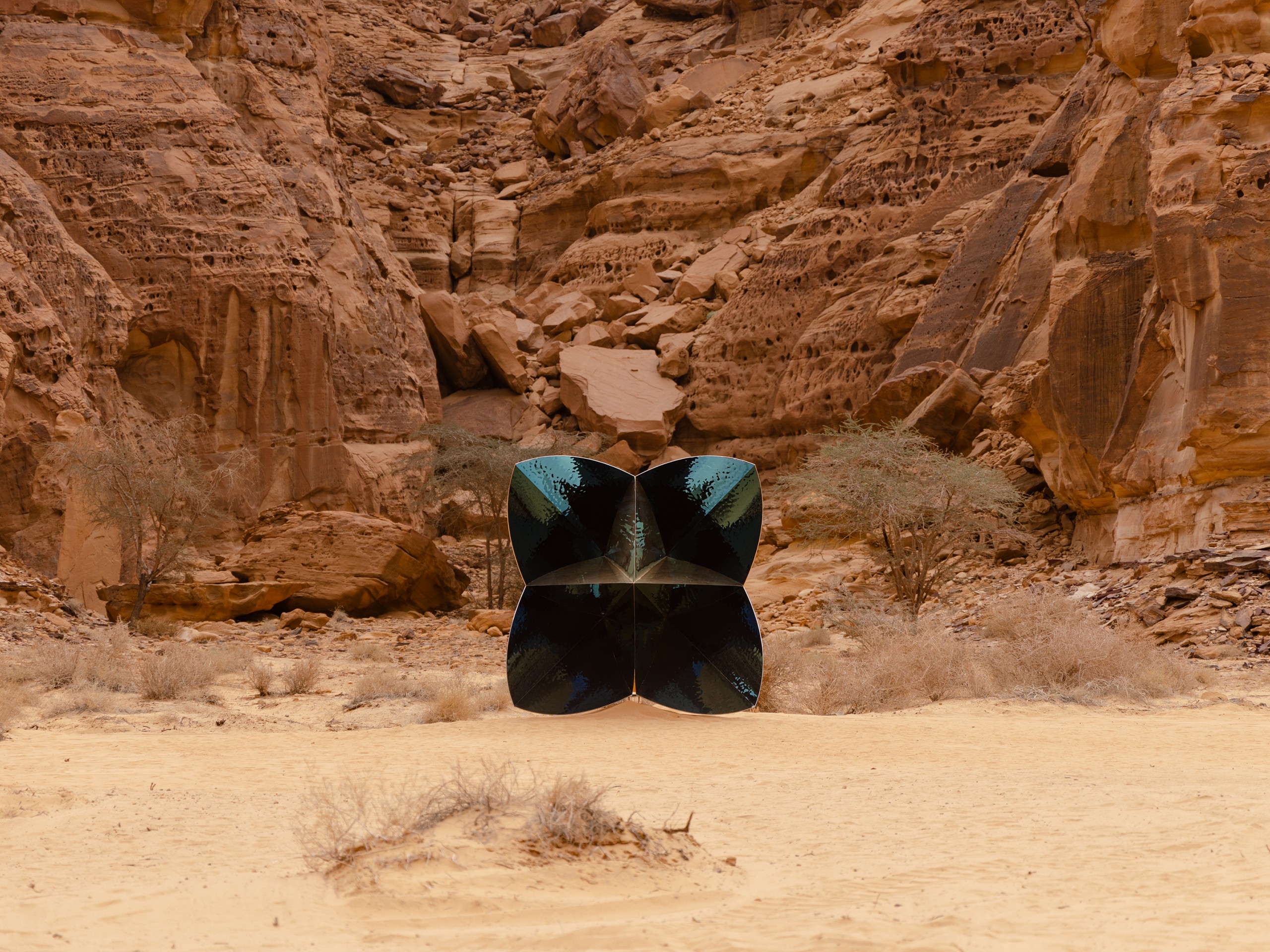 Inspired by a vision of a star that dreamt of becoming a desert flower, Shadia Alem’s work explores the connection between eternal resplendence and ephemeral beauty. The star’s desire to land on earth reverses the aspirations of looking above to attain the stars. It unfolds and deconstructs dreams of domination of the heavens and brings them down to earth almost literally. Awakening the spiritual desert culture, the stars illuminate Arabic literature and evoke vivid imaginaries culled from the universe.

For the installation, Alem adapted the technique of origami, the art of folding paper, to transform a flat, square sheet of material into a finished sculpture—without cuts or glue. Through this technique, the artist wraps her dream golden star with petals as blue as AlUla’s night, creating a unique sacred healing green color with a ripple-effect mirror surface. One side represents the long journey it has travelled, and the other evokes the memory of the moon and its dazzling surroundings - all the while reflecting and becoming one with the magnificent rock formations of AlUla’s desert valley.

Carrying her childhood city of Mecca with her “like a cosmopolitan cube reflecting it on the world and reflecting the world,” Shadia Alem’s (b. 1960, Saudi Arabia, based in Paris) internal cultural filter transfuses her work. Starting as a painter, she then shifted her focus to installation, transitioning from canvas to space. Alem’s work has been exhibited in Saudi Arabia, throughout the Arab World, the United States, Asia, and Europe. In 2011, she represented Saudi Arabia with The Black Arch installation at the 54th Venice Biennale with her sister, author Raja Alem— the first participation by the Kingdom in the Venice Biennale.