Silent Witnesses of the Past 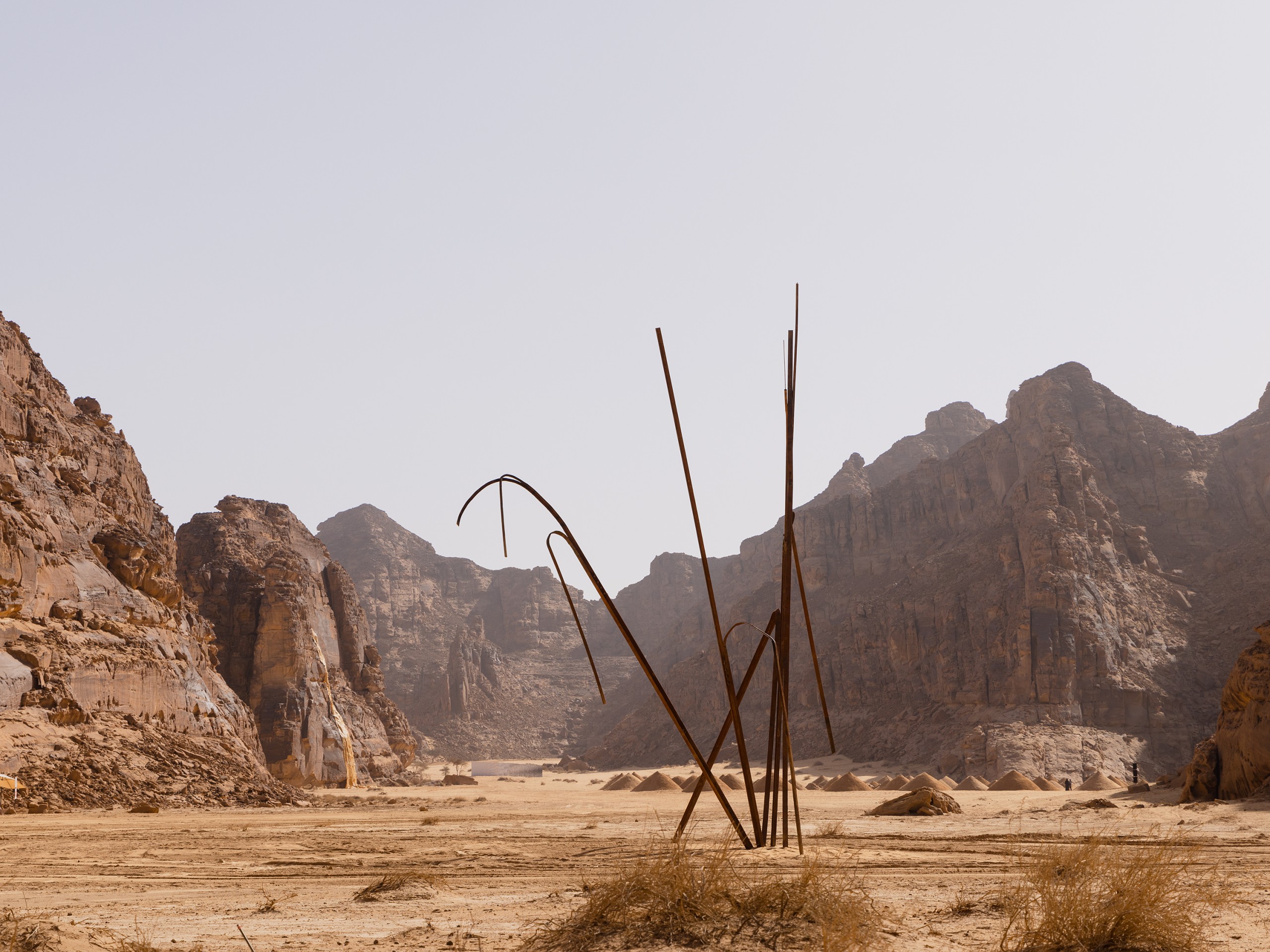 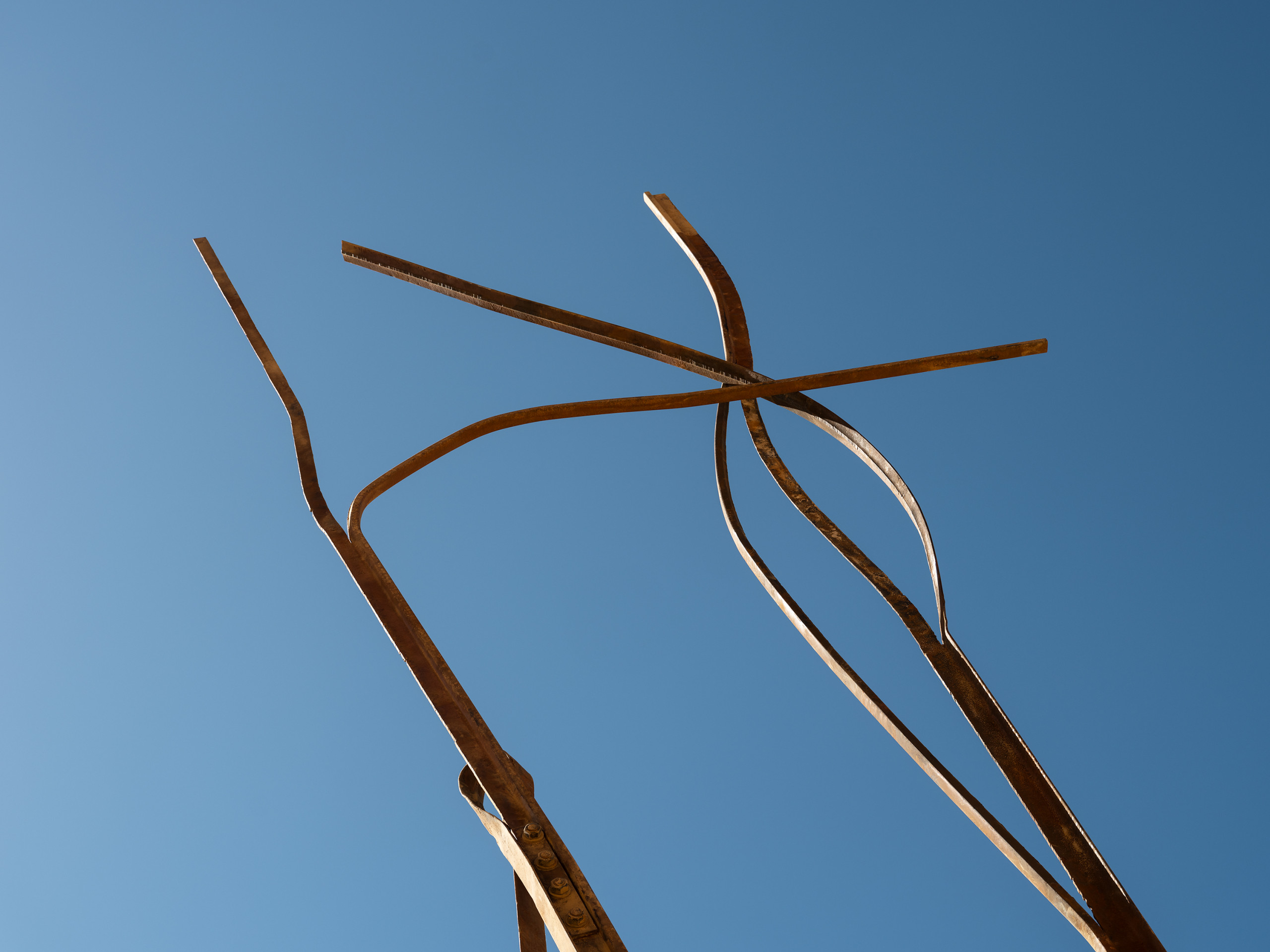 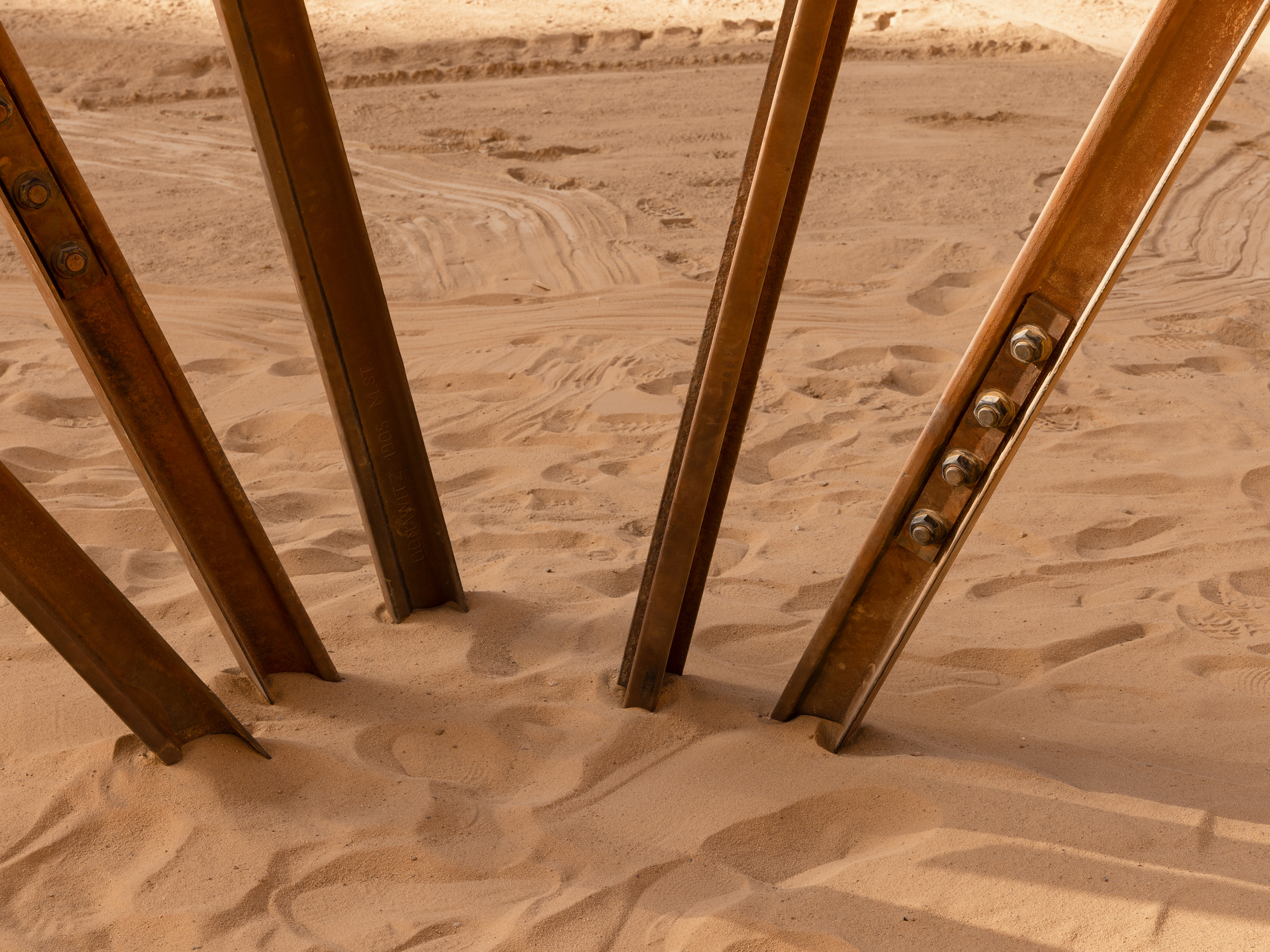 Remnants of the Hijaz railway, which once connected Constantinople with the Holy cities of Islam, are still present in the desert landscape around AlUla: empty embankments stretch into the austere horizon, railroad tracks are used as building construction materials by local communities, defunct railway stations and rusty carriages are silent witnesses of the past.

Silent Witnesses of the Past pays homage to the memory of the Hijaz railway. The form is constructed from rusted scavenged rails placed in an upright position, each split from the top with the ends twisting towards the ground. It exists as a singular monument in the wadi, or flood plain, of an abstract oasis, inviting visitors to wander through it and inspiring a calm moment of contemplation of the present and past, evoking the footsteps of those who have come before and will come after.

Monika Sosnowska’s (b. 1972, Poland, based in Warsaw) sculptural language emerges from a process of experimentation with and appropriation of construction materials. Steel beams, concrete, rods, and pipes are manipulated and warped, taking on an independence in which their former functionality is implied yet defunct. She quotes architectural irregularities, collaging different elements together to form a whole that appears at once confused, yet intentionally and attractively designed. Recent venues for solo shows include the Zach ta National Gallery of Art, Warsaw; the Muzeum Susch, Switzerland; The Contemporary Austin; the Indianapolis Museum of Art; and The Modern Institute, Glasgow. Public art commissions include FIR TREE, New York, and The Wind House, London.