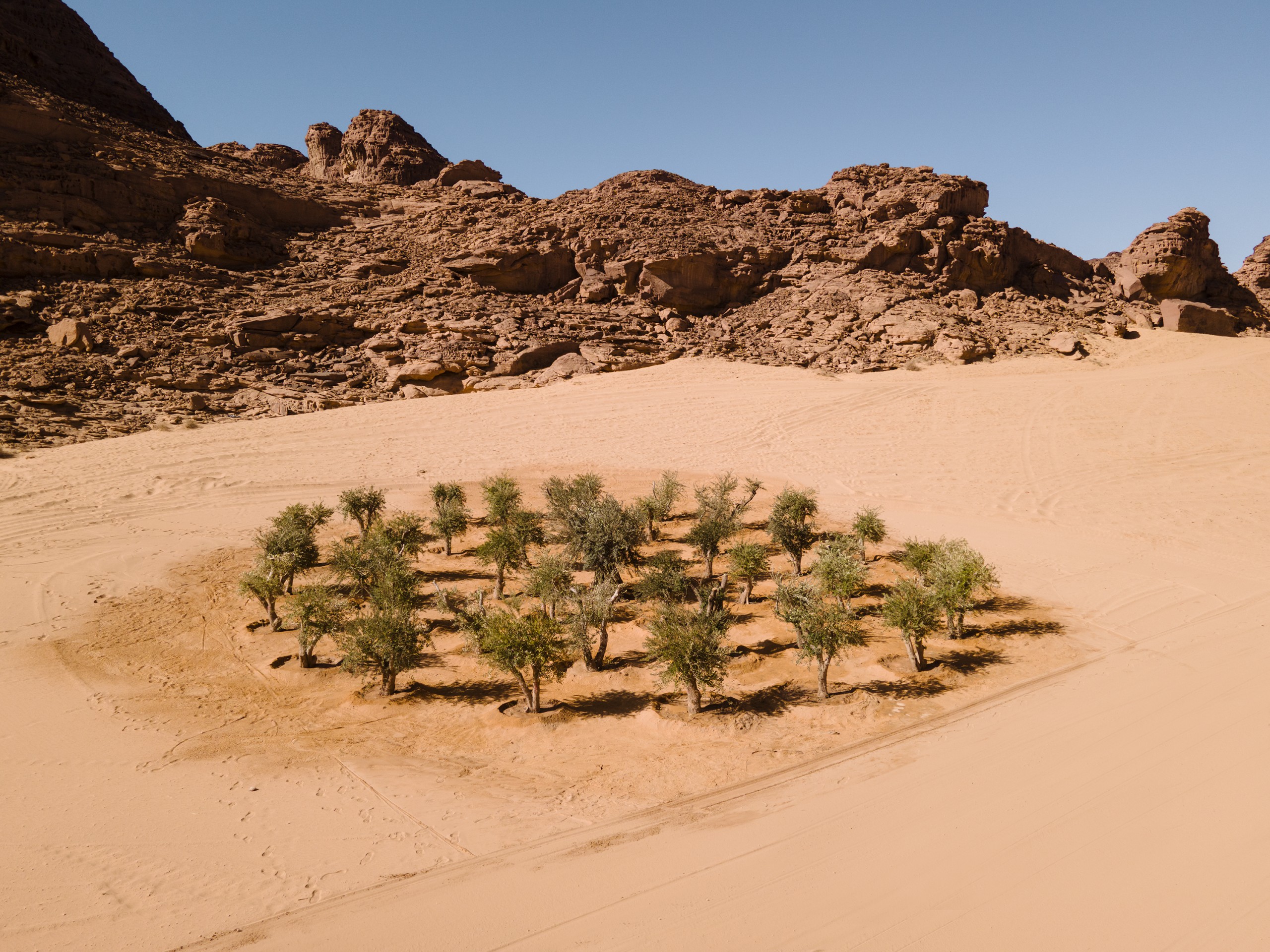 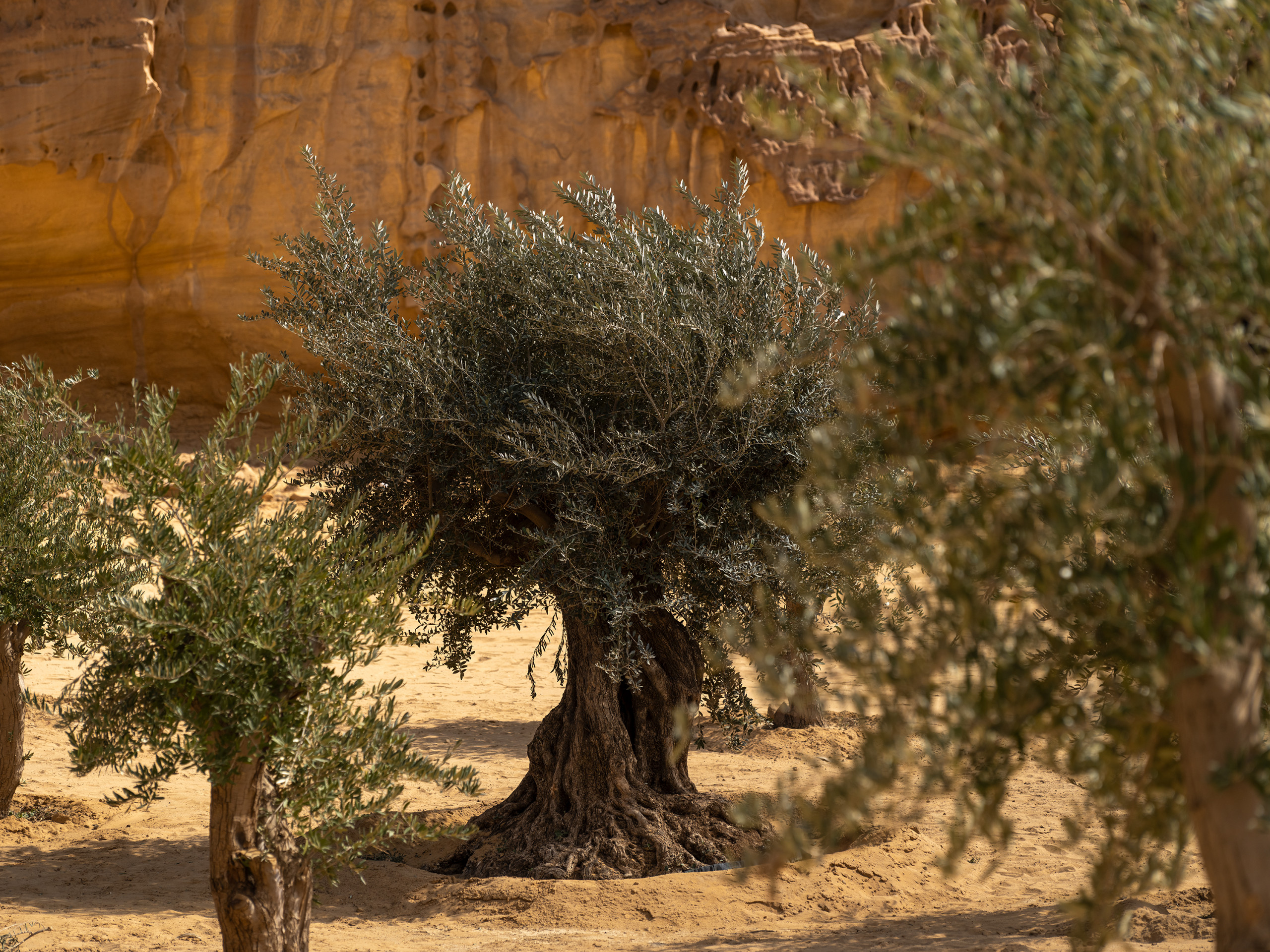 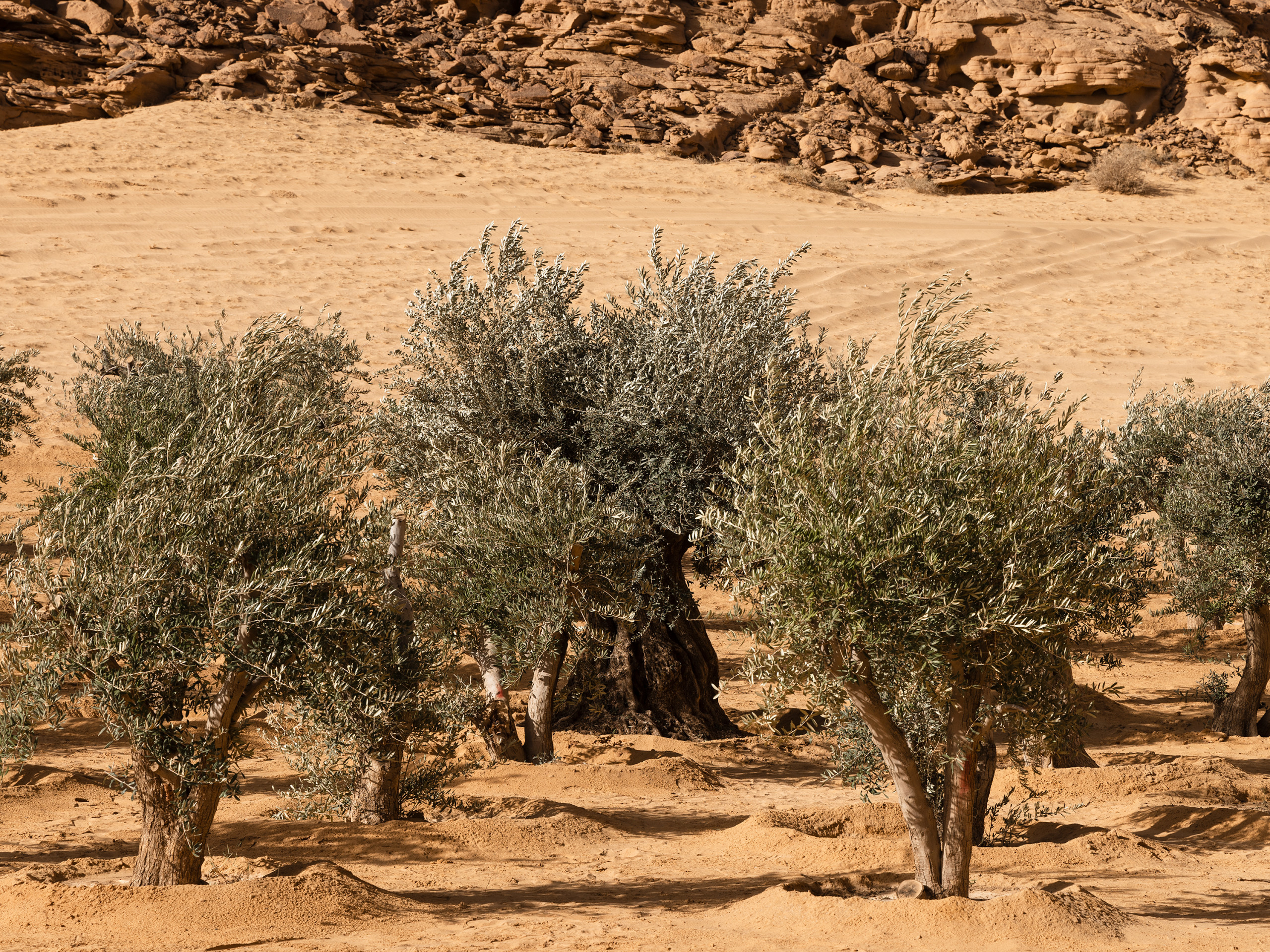 The act of planting and rooting trees extends beyond the symbolism of a gesture of steadfastness and transforms the planter into someone that thinks about ecological, critical, and historical correction.  Grounding is a circular constellation of an olive grove field, showcased by the Botanical Department of The Palestinian Museum of Natural History and Humankind, Rabah’s ongoing project investigating the ways in which history is socially constructed through material culture.  Using the olive tree in the desert as a motif for life, a symbol of perseverance, and an element that connects people across cultures and borders, Rabah engages with themes of displacement, memory, and identity to examine the relationship between humans and their surroundings, as well as the nature of global human suffering.

Founded in 1995 and taking as a point of departure the historical and geopolitical context of Palestine, the Museum is a meta-institution that produces and presents artifacts and artworks dating from prehistory to the present day. This long-term conceptual project is polymorphic, atemporal, and has had many iterations in various sites worldwide. It sits within Rabah’s wider practice, which aims at deconstructing, reinventing, and critiquing modes and modules of production, especially those that construct national and patriarchal narratives, occupy space, and ultimately contribute to history, such as, museums, biennials, newspapers, and even exhibitions.

Khalil Rabah (b. 1961, Palestine, based in Ramallah) is the artistic director of Riwaq Biennale, Ramallah, and co-founder of Al Ma’mal Foundation for Contemporary Art, Jerusalem, and Art School Palestine, London. Venues for his solo shows include Casa Arabe, Madrid; Kunsthaus Hamburg; e-flux, New York; and the Beirut Art Center. His work has exhibited in group shows at Centre Pompidou, Paris; Mori Art Museum, Tokyo; and the Tate Modern, London (2007), among others.