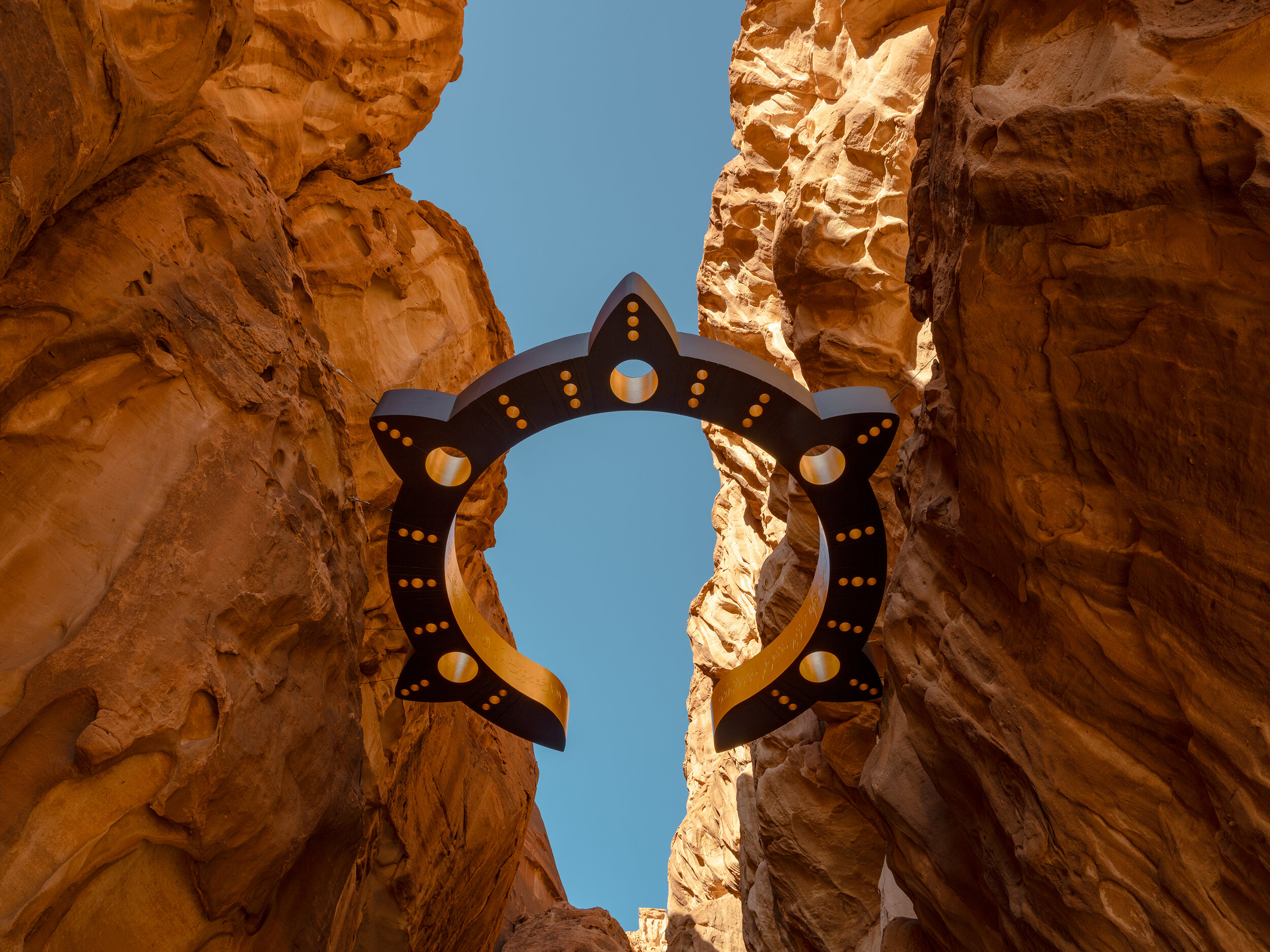 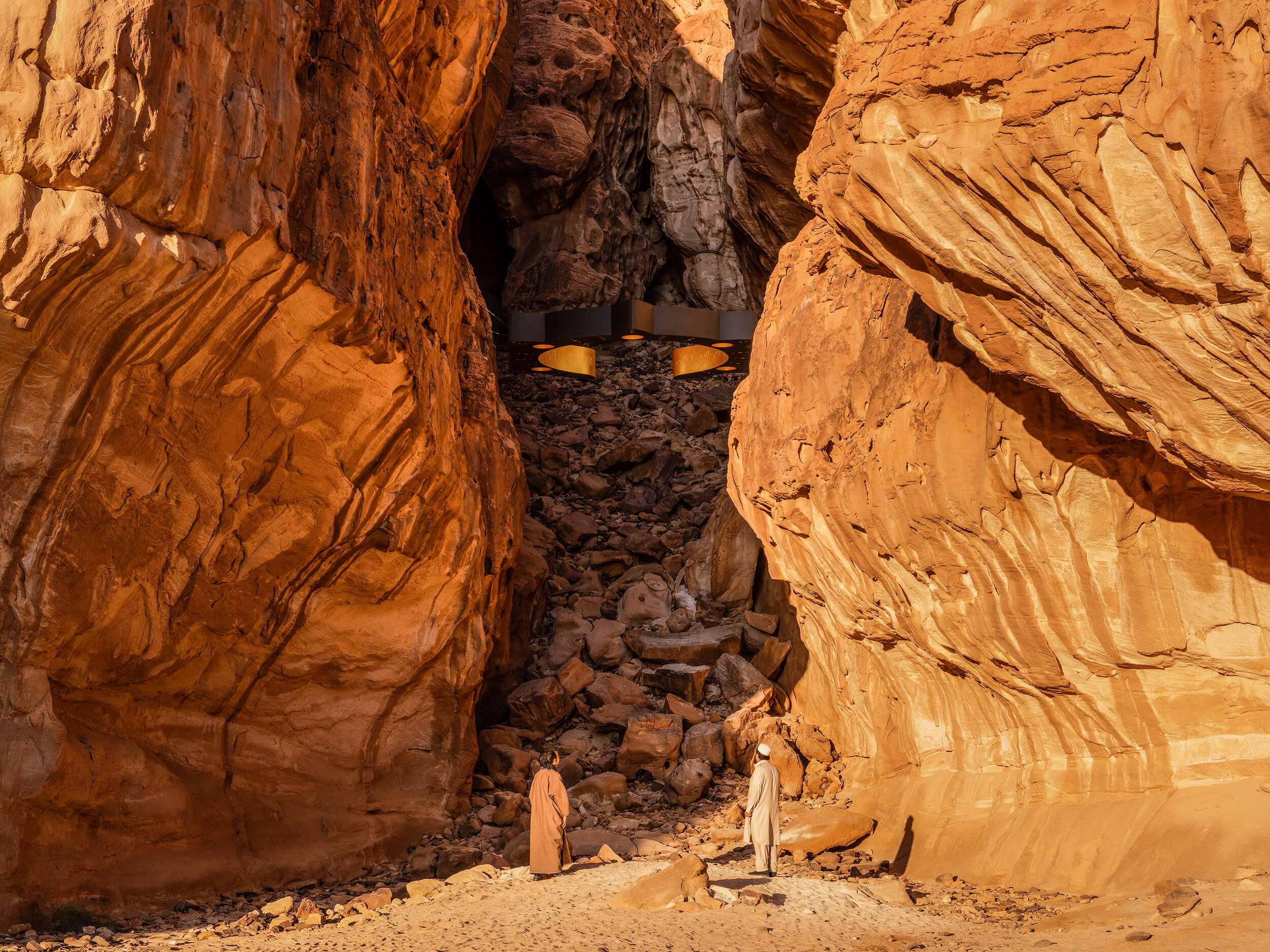 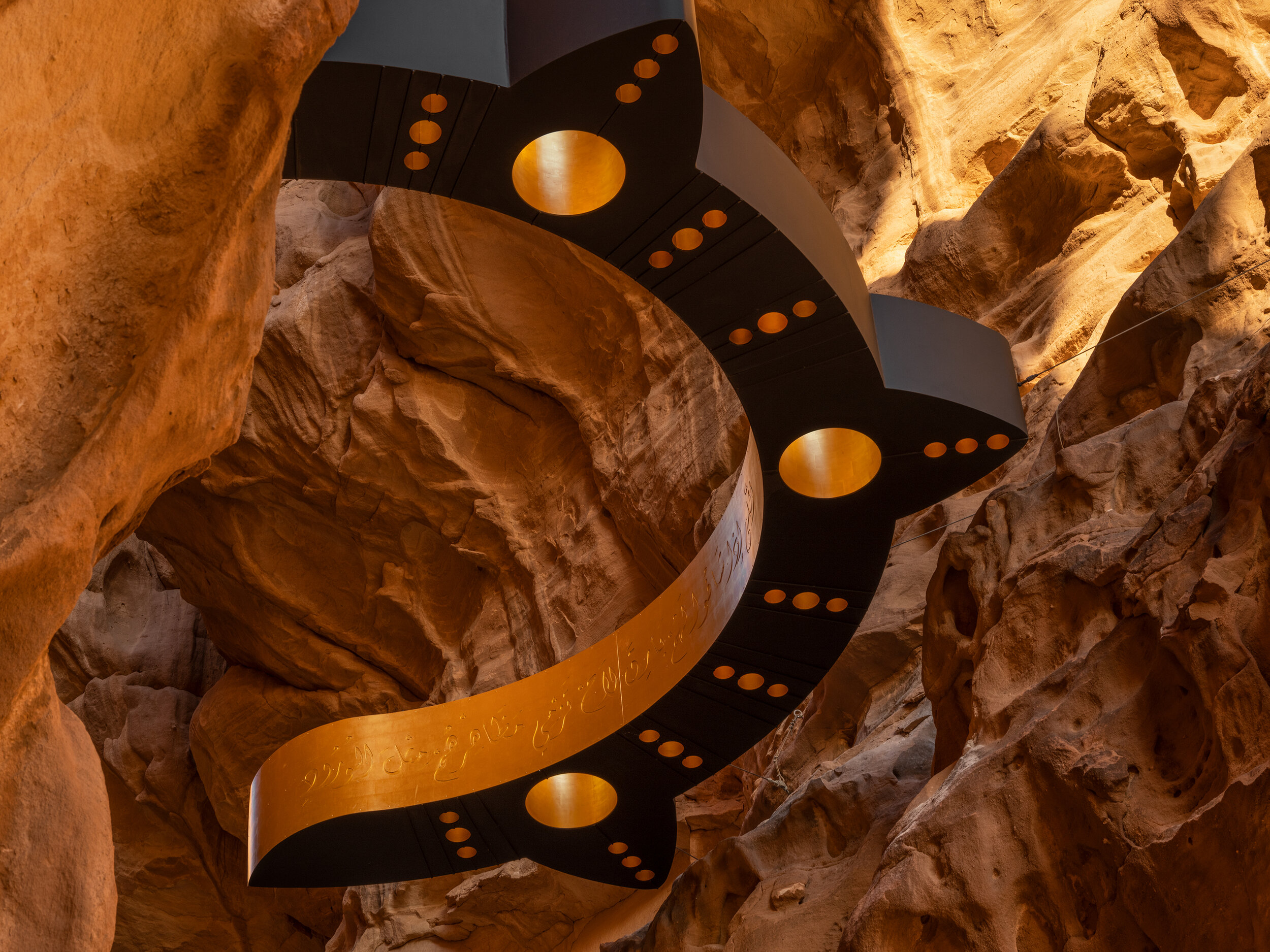 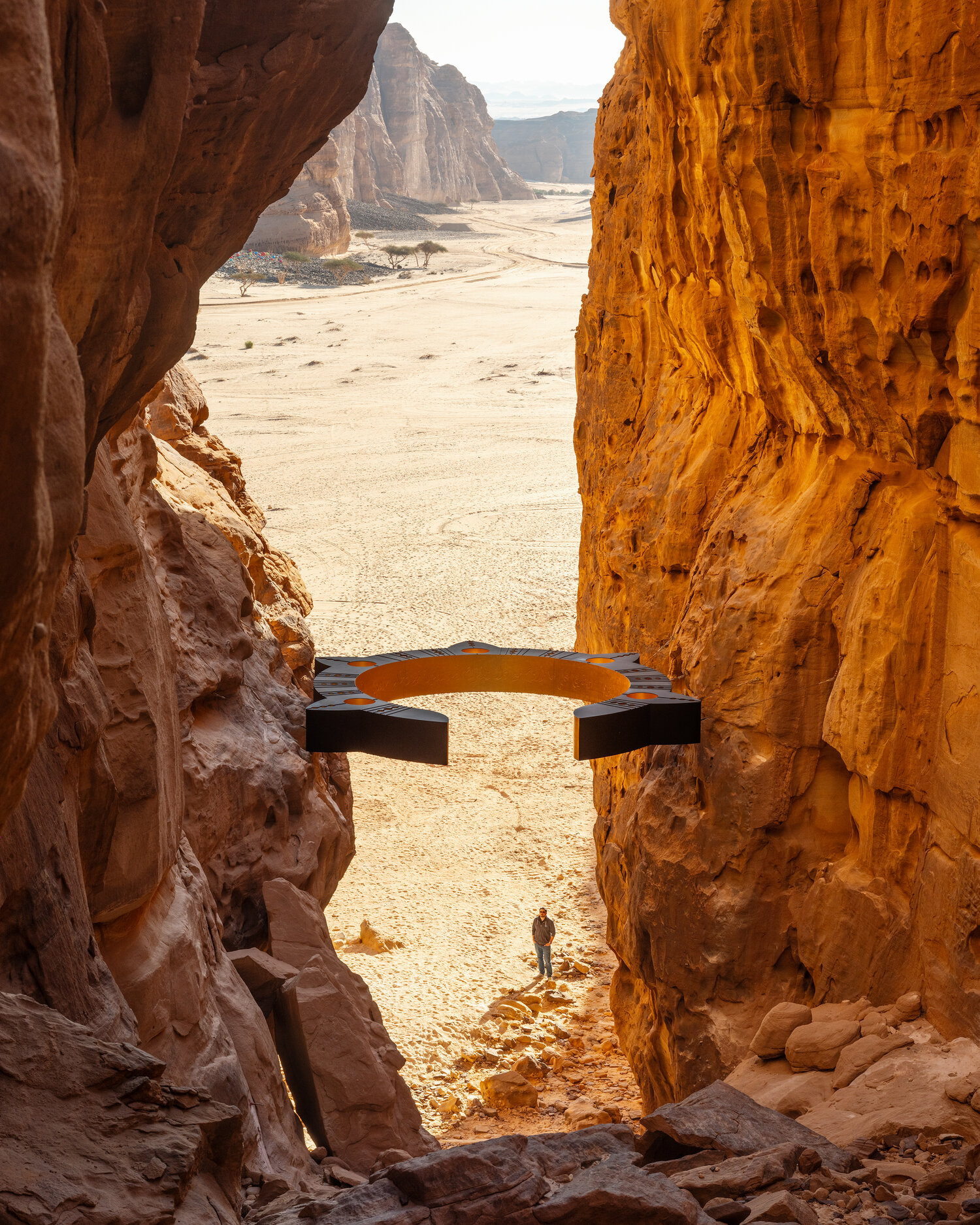 Kholkhal Aliaa is inspired by a Bedouin anklet given to Guirguis by her mother. Its specific history is unknown, but the fiction around its journeys from mother to daughter over generations has been a continual source of inspiration to the artist. The striking form of the kholkhal, ornamented with enormous spikes and delicate detailing, conveys power, elegance, and female agency. As a piece of jewelry, it is something intimately related to the body but meant as a public symbol of union and promise. It is a tracker of footsteps in the desert, of bodies moving in the sand, in public space. A sign of union and connection, the depth of meaning in its ornamentation, often dismissed as merely decorative, is undeniable. Guirguis abstracts and concentrates the form of this powerful object, and scales it in relation to a vast landscape. In this transformation and shift of perspective, the landscape becomes a kind of collective body, adorned with the artifact that is so connected to its cultural history. Kholkhal Aliaa sets the circular form levitating between the two walls of an enclosed crevice, acting as a shelter and a bridge. The location – an extraordinary embodiment of contrasts – is a sheltering space made of hard rock, where the earth becomes the body adorned.

Upon first encountering the work, Kholkhal Aliaa will appear as a single line in the landscape, a stripe of matte black that interrupts the rocky ravine. It is a modernist gesture in contrast to its surroundings. It is only upon approaching the crevice that the work’s elliptical shape and ornamentation is revealed. As you move underneath and around it, the work frames the landscape in different ways, positioning the viewer in three distinct postures – inward (toward the mountain); upward (to the sky); and outward (toward the valley). This sequence of movements and attentions are a guided ritual, connecting the body and the earth. Light will filter through openings in the sculpture to pattern the ground. Shifting motifs with the movement of the sun and shadow across the course of the day, it creates a light drawing on the ground, while framing the sky. The bottom surface of Kholkhal Aliaa, high above viewers’ heads, will glow with gold leaf, inscribed on the interior with the words of a local Bedouin poet, Aliaa bint Dawi Alayyah AlDalbahi AlOtaibi, making a crown and a connection between the land and the air. It is a portal at the juncture of body and land, earth and sky, between generations and across time.