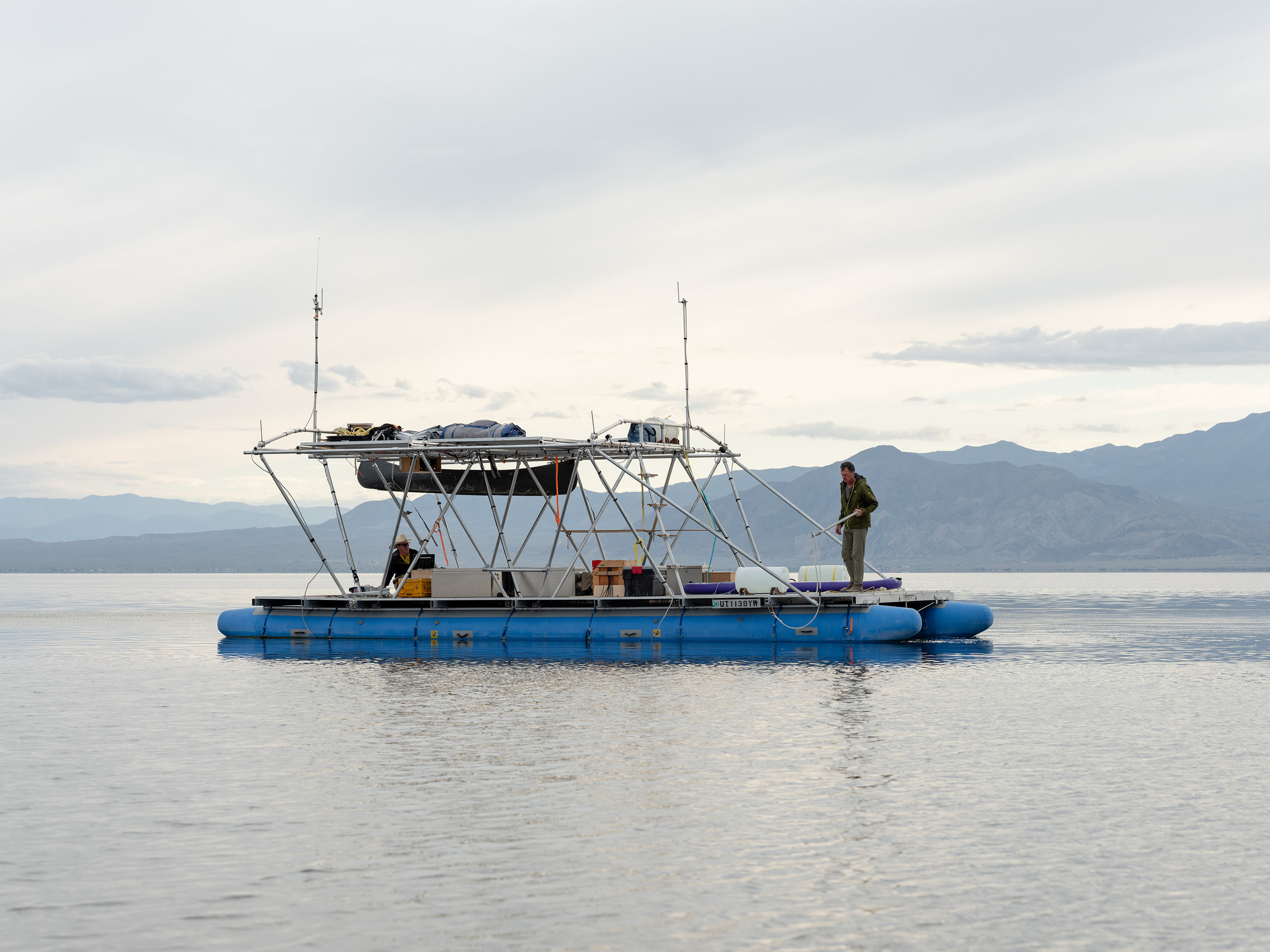 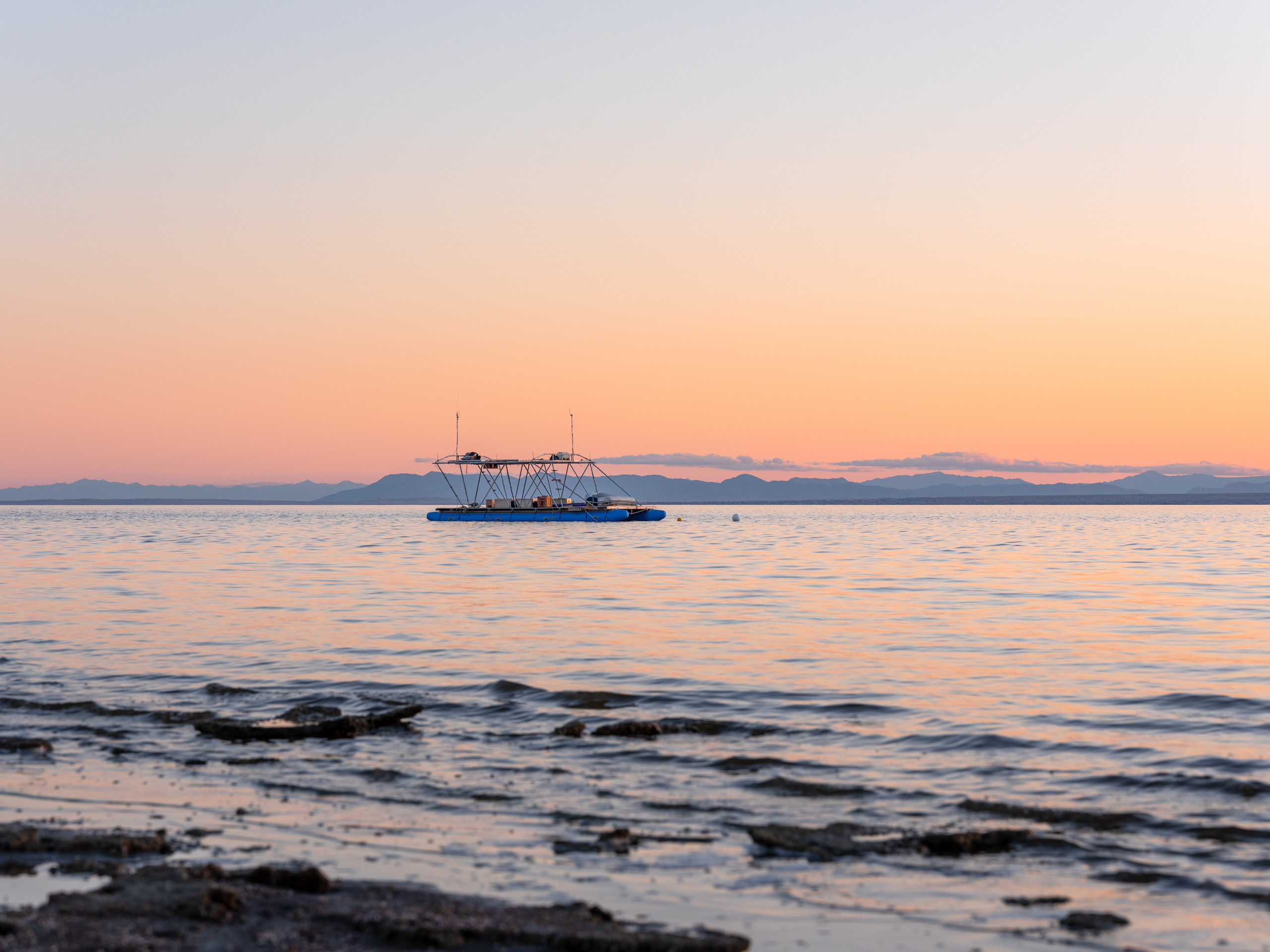 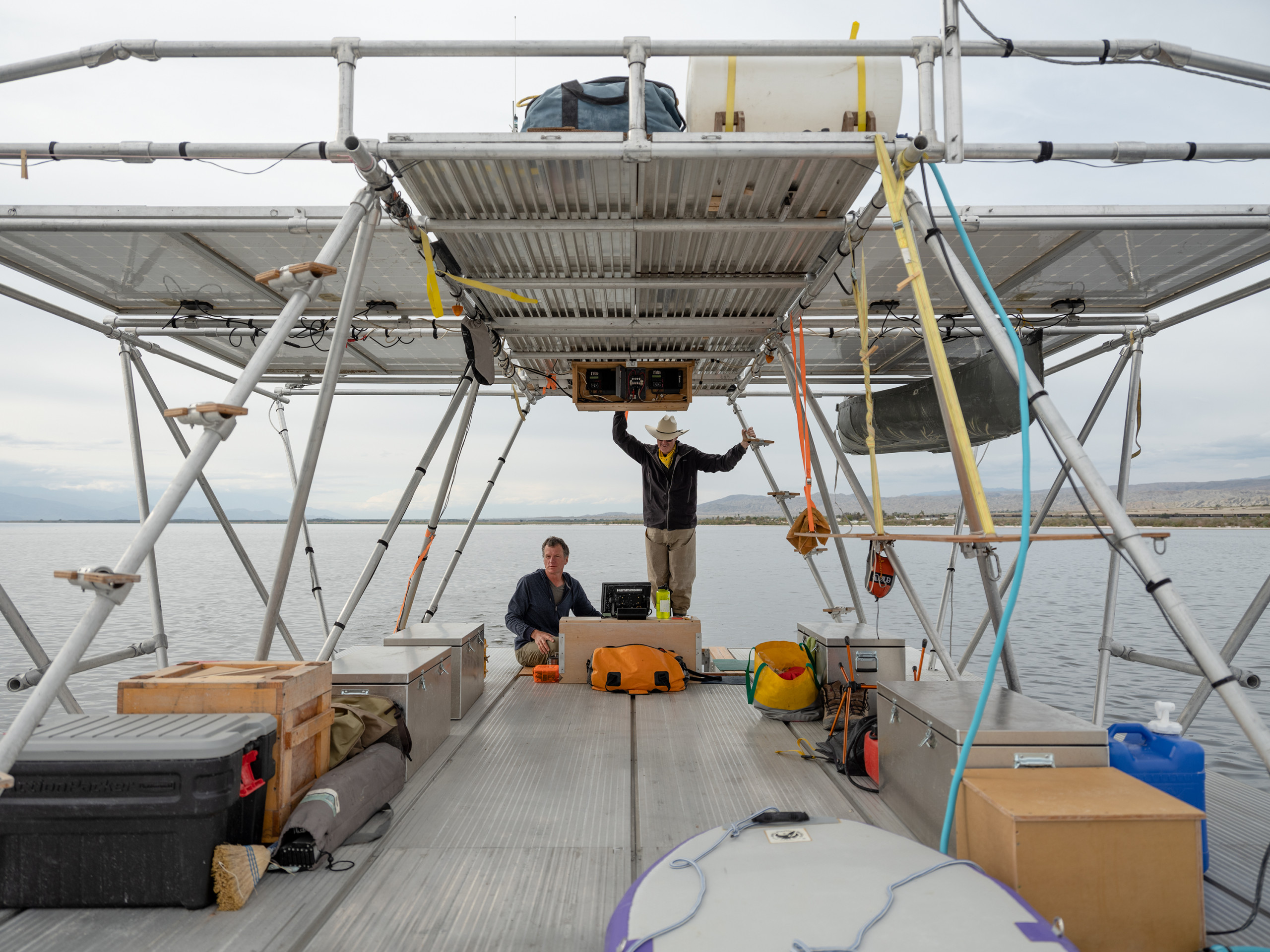 The solar powered Terminal Lake Exploration Platform (TLEP) explores remote bodies of water. First employed by artist Steve Badgett and architect Chris Taylor to explore the Great Salt Lake (in collaboration with the Center for Land Use Interpretation) the platform’s has a modular design that maximizes deployability in inhospitable conditions and inaccessible bodies of water. This floating laboratory, with necessary life support and research infrastructure, focuses on terminal lakes. TLEP looks at these particular types of lakes precisely because they contain exceptional environmental traces, exemplified by the Salton Sea, which has collected decades of agricultural runoff, resulting in a particularly stressed ecosystem. Previously the lake served as a repository of military testing. It was stocked for game fishing and promoted as a water skiing mecca. It is a primarily feeding group for hundreds of species of migrating birds threatened by its current state and potential evaporation. The artists read the Salton basin as reflector of present ecological and political conditions—at once dire, present and ignored. The TLEP invites us to look more closely at our environment and its problems through the fascinating lens of the Salton Sea’s history. In the artists words, “Our interest is to peer into this murky bowl to reveal textures, contents, and circumstances that have been accruing under the protection of water since 1905.” A primary activity of the TLEP will be to capture the desert floor beneath the lake. The TLEP will draw out evidence of the interaction between subaqueous earth and fragments of past human activity. Results will be on display in the Salton Sea Visitor Center near the TLEP mooring within the State Park.