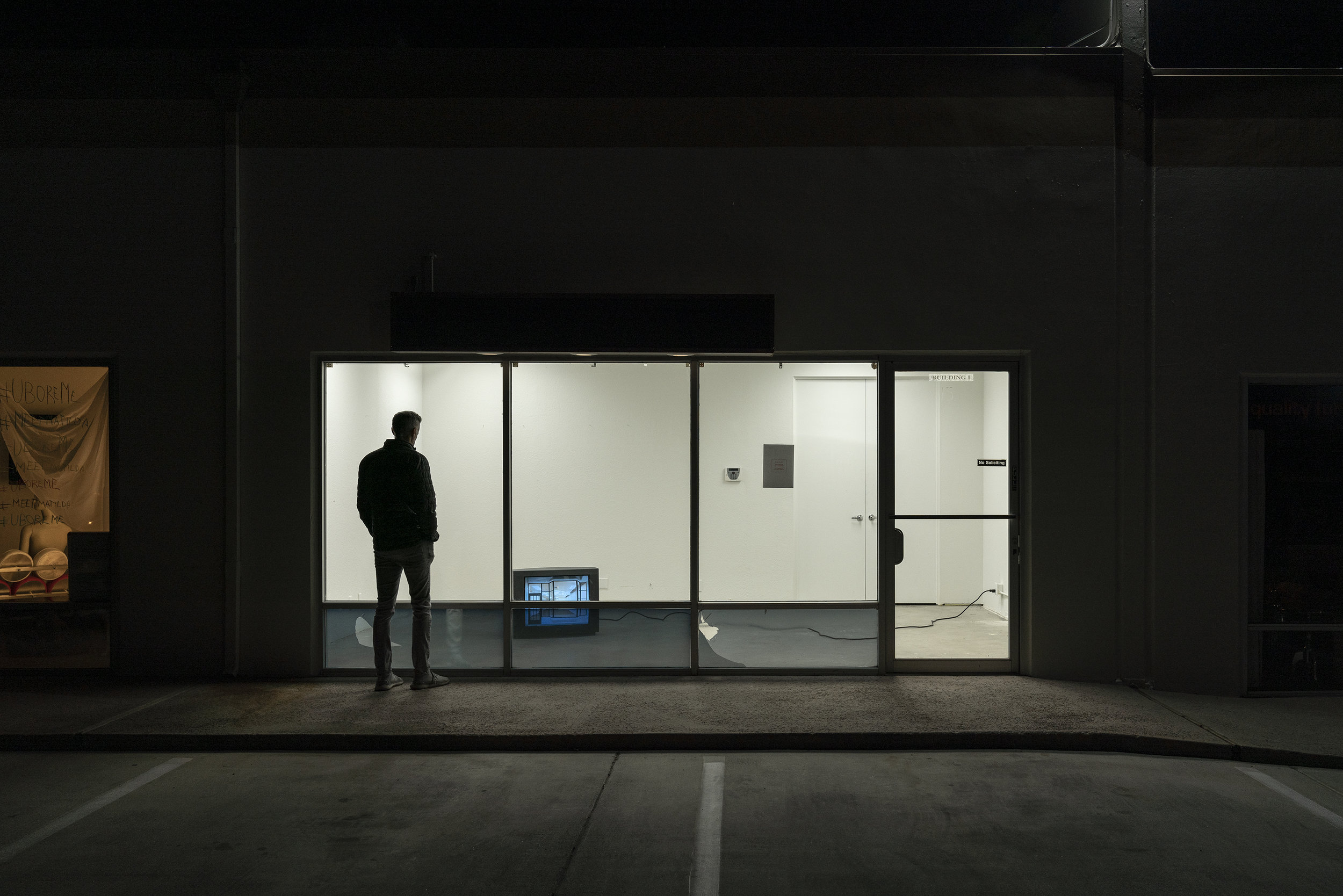 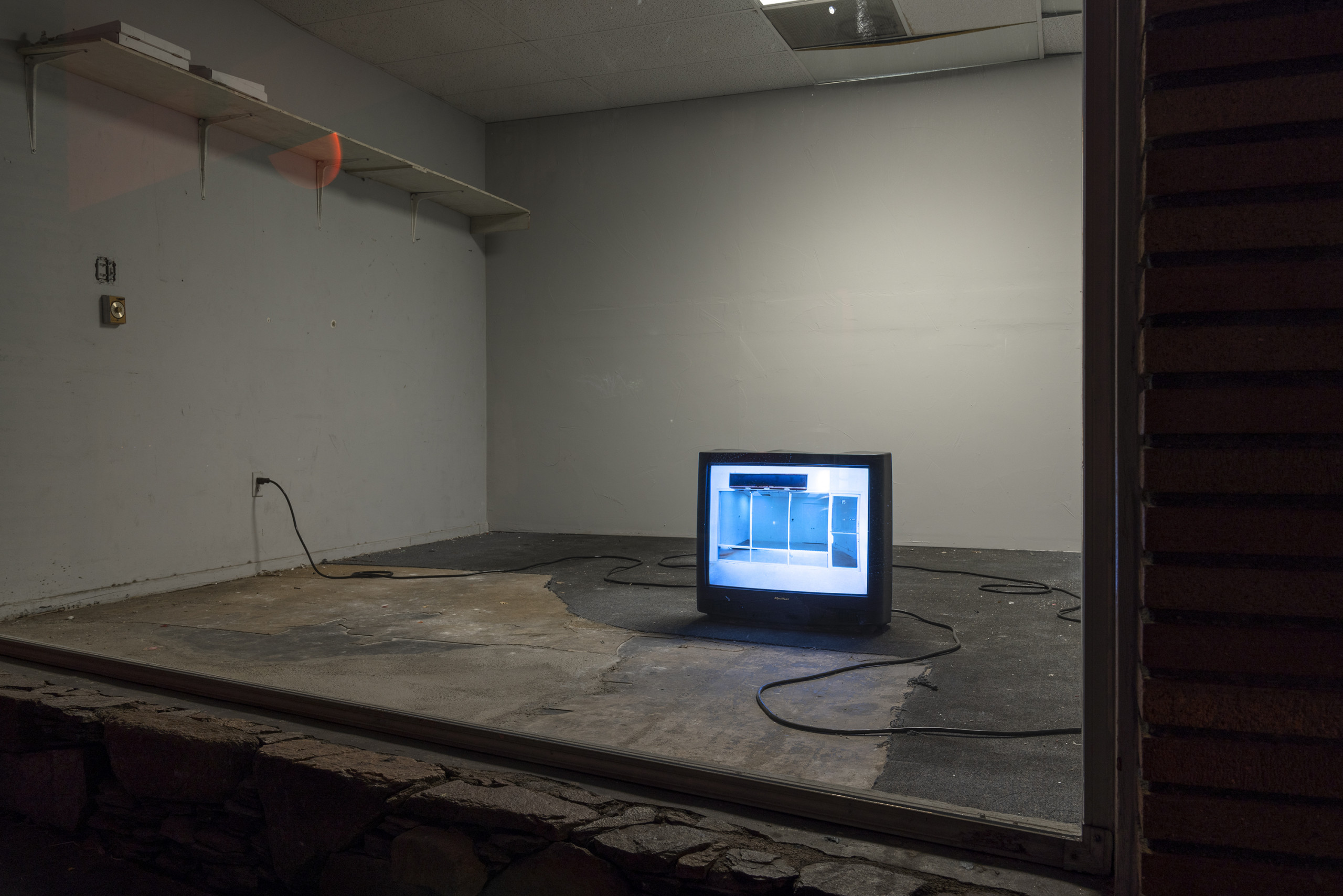 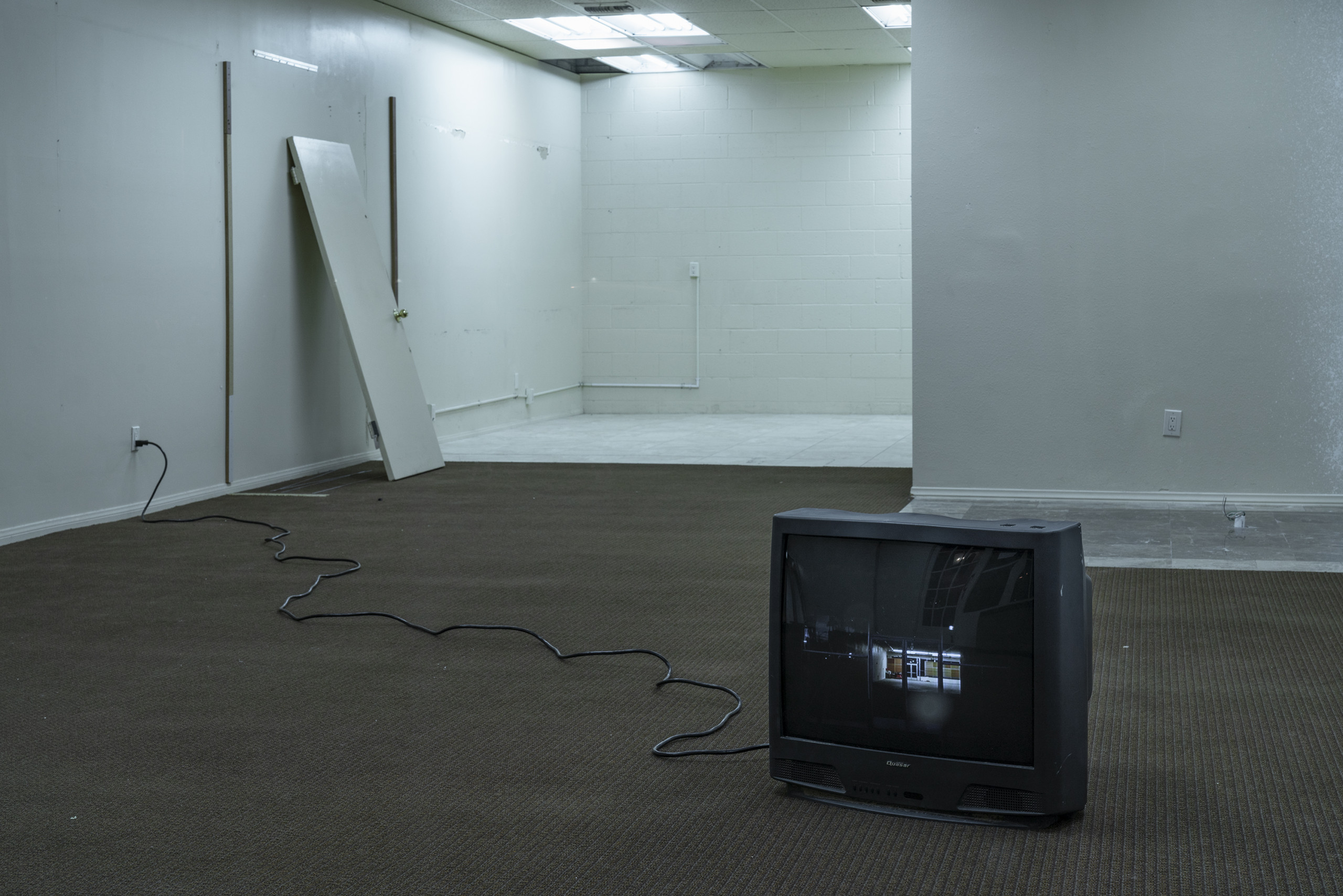 Wormhole occupies empty storefronts in the Coachella Valley cities of Palm Springs, Cathedral City, Indian Wells, Indio, and Coachella as well as one in the city of Tijuana, Mexico. Beyond the glass, a television monitor displays the exterior of one of the storefronts in the grouping. The viewer encounters the wormhole, a shortcut through space and time, creating a kind of physical, temporal, and subjective crossing between spaces. Wormhole “transports” viewers to another location, addressing the close proximity of the Coachella Valley and Tijuana, the fragility of the frontiers, and the boundaries between the cities and countries.