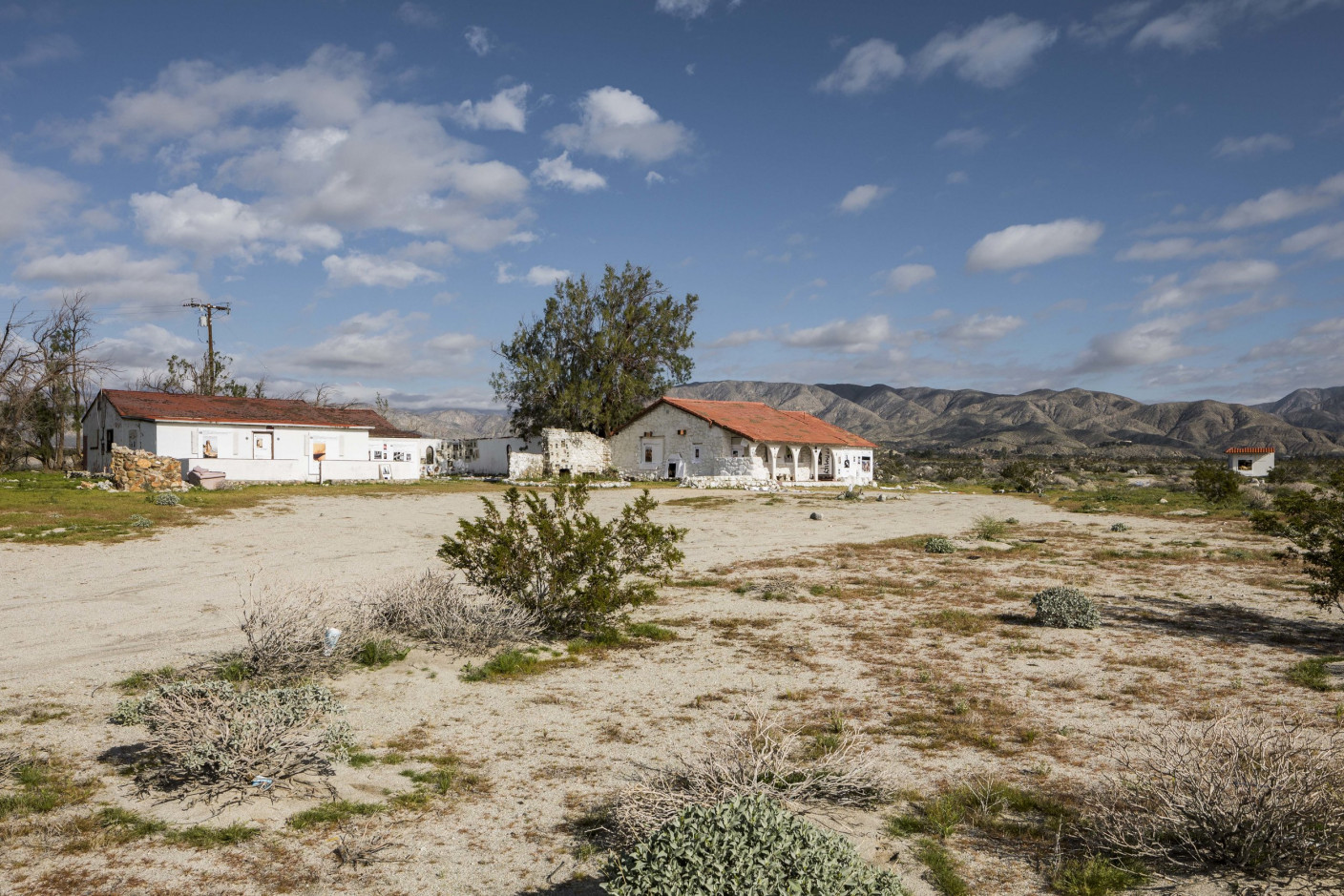 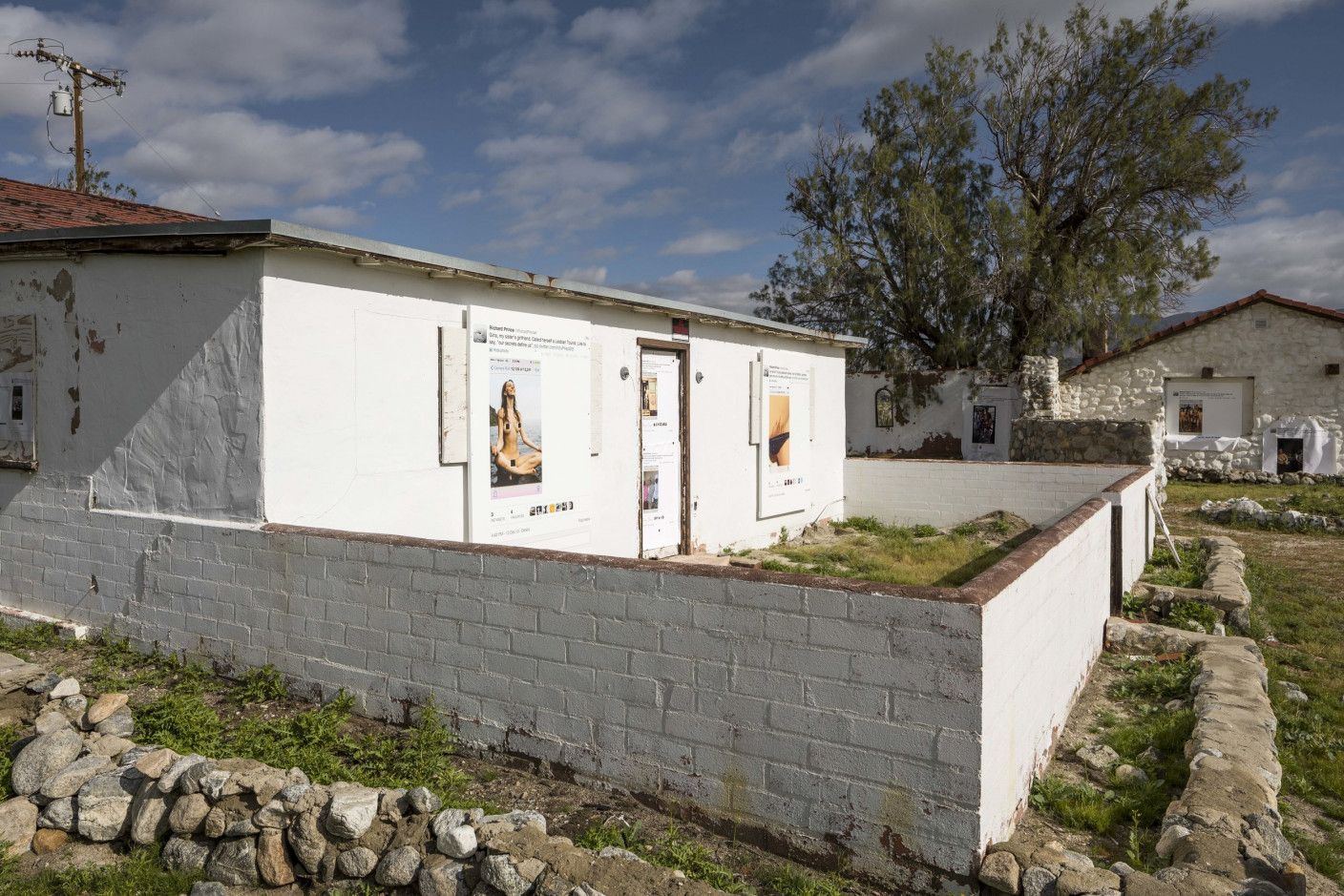 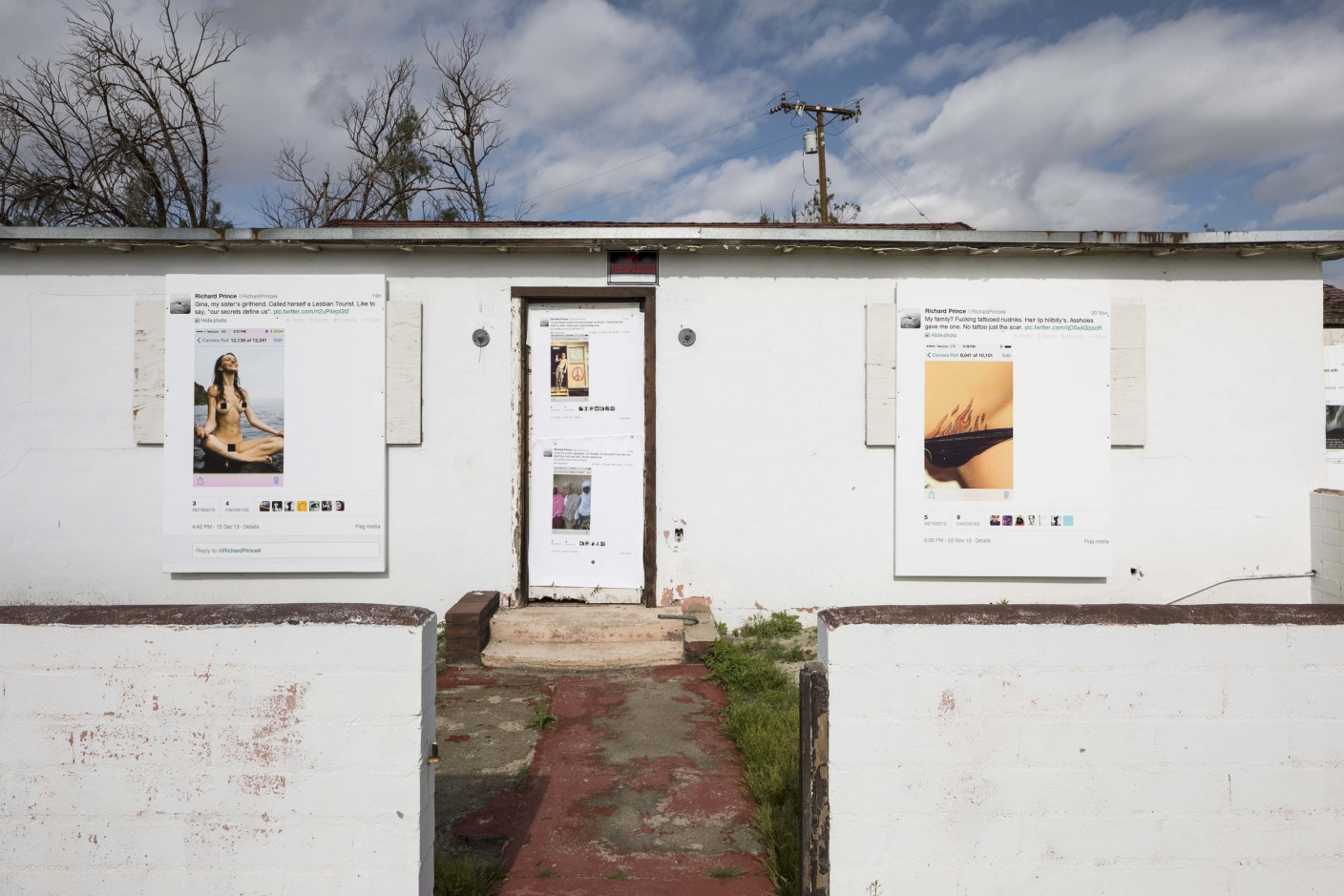 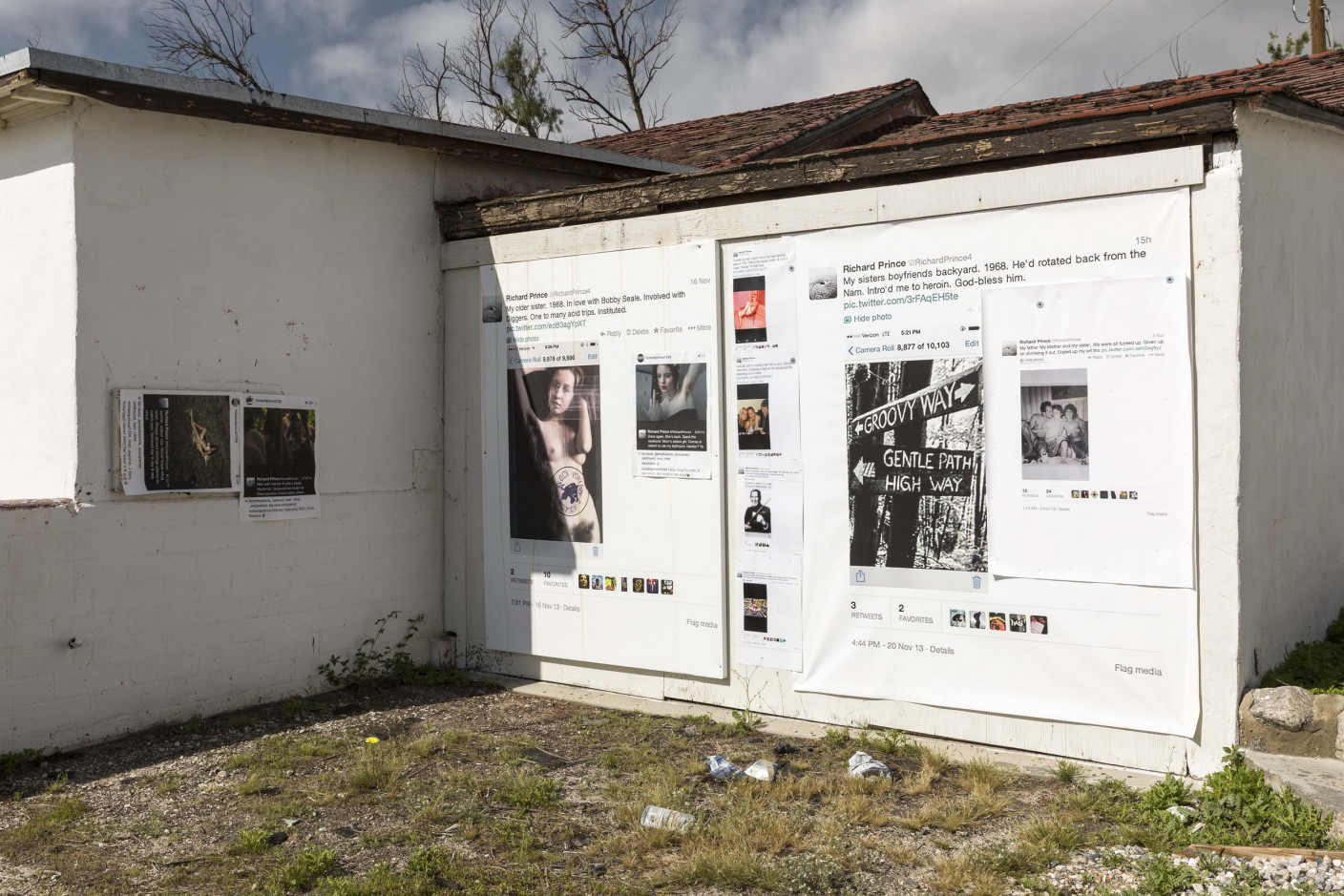 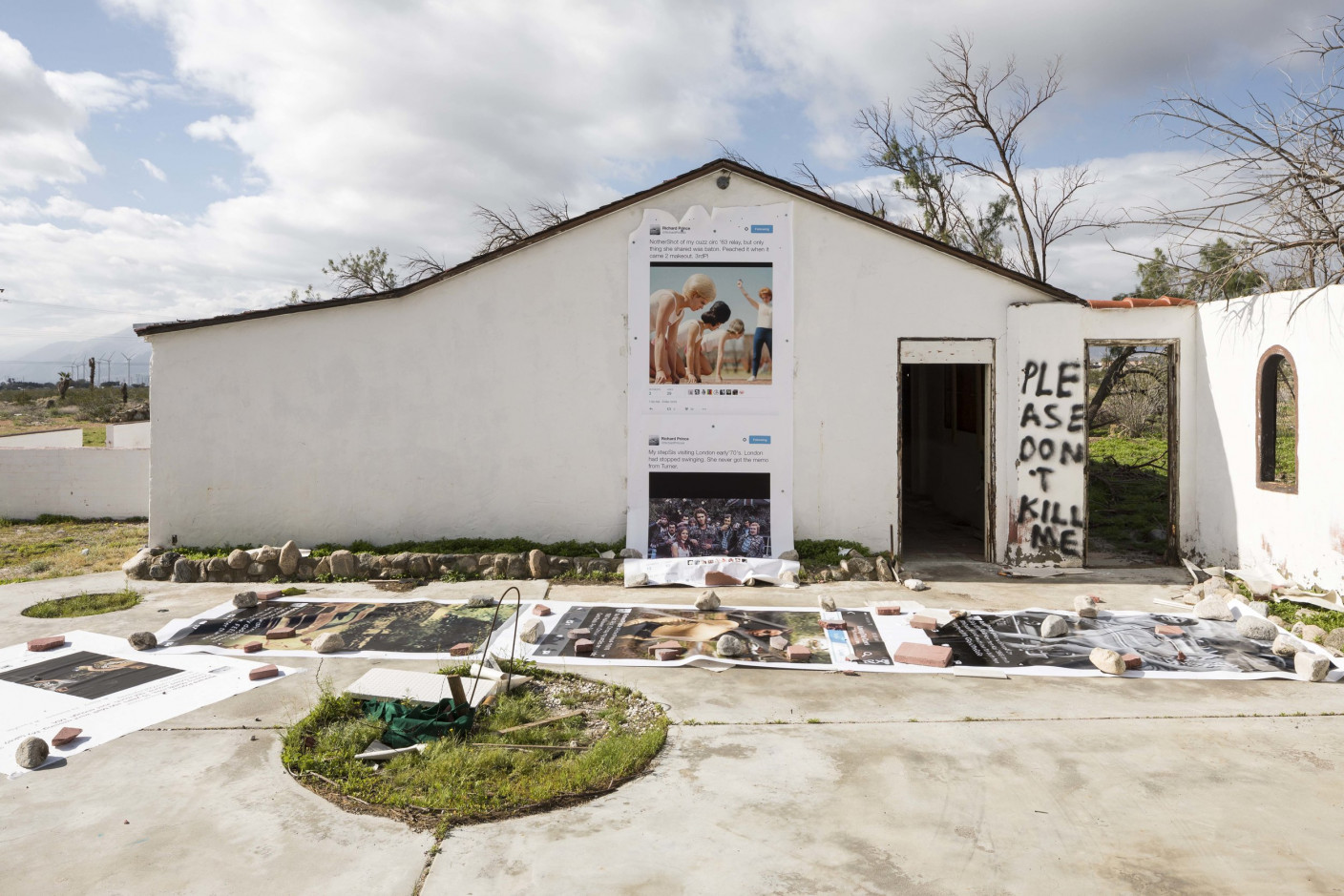 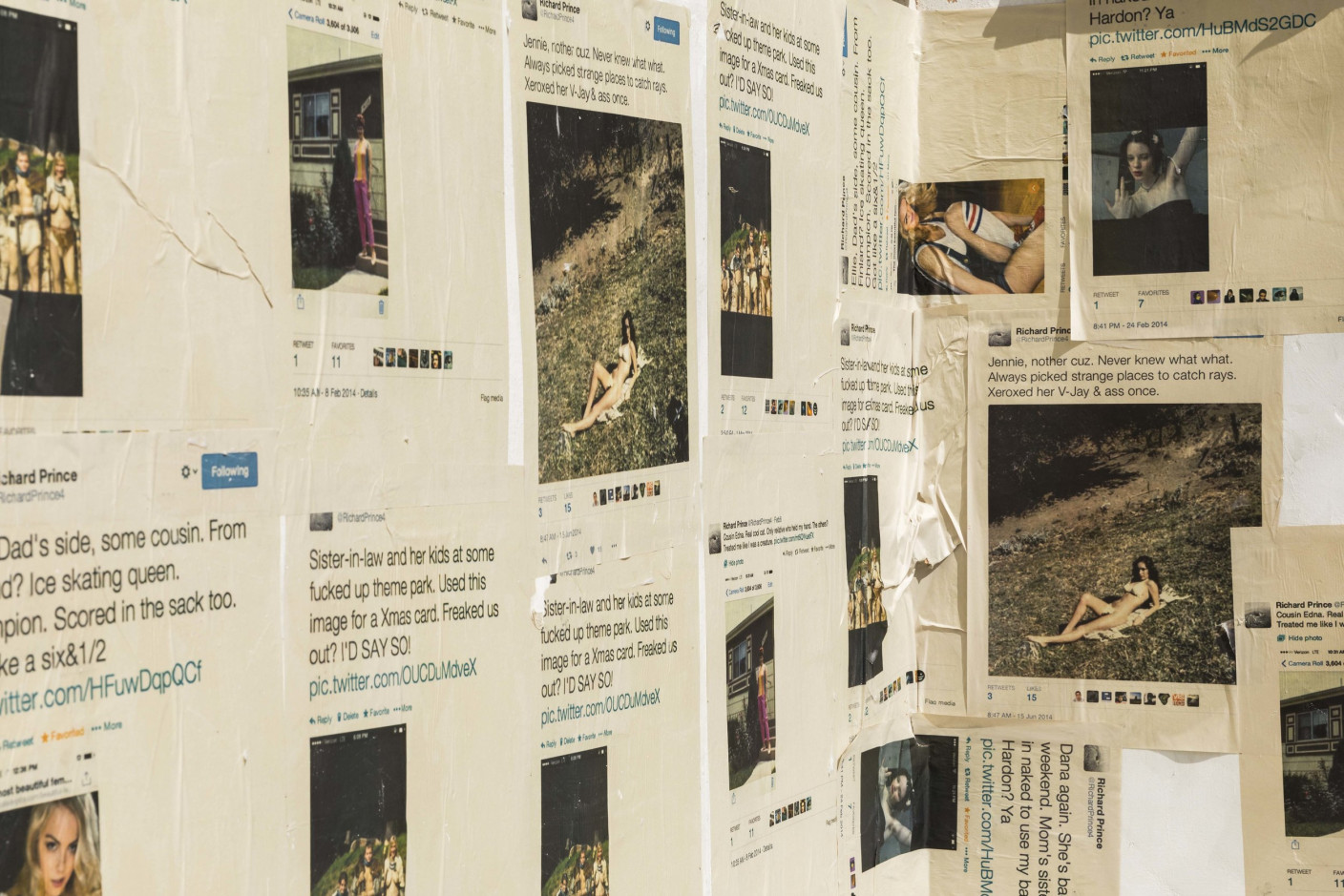 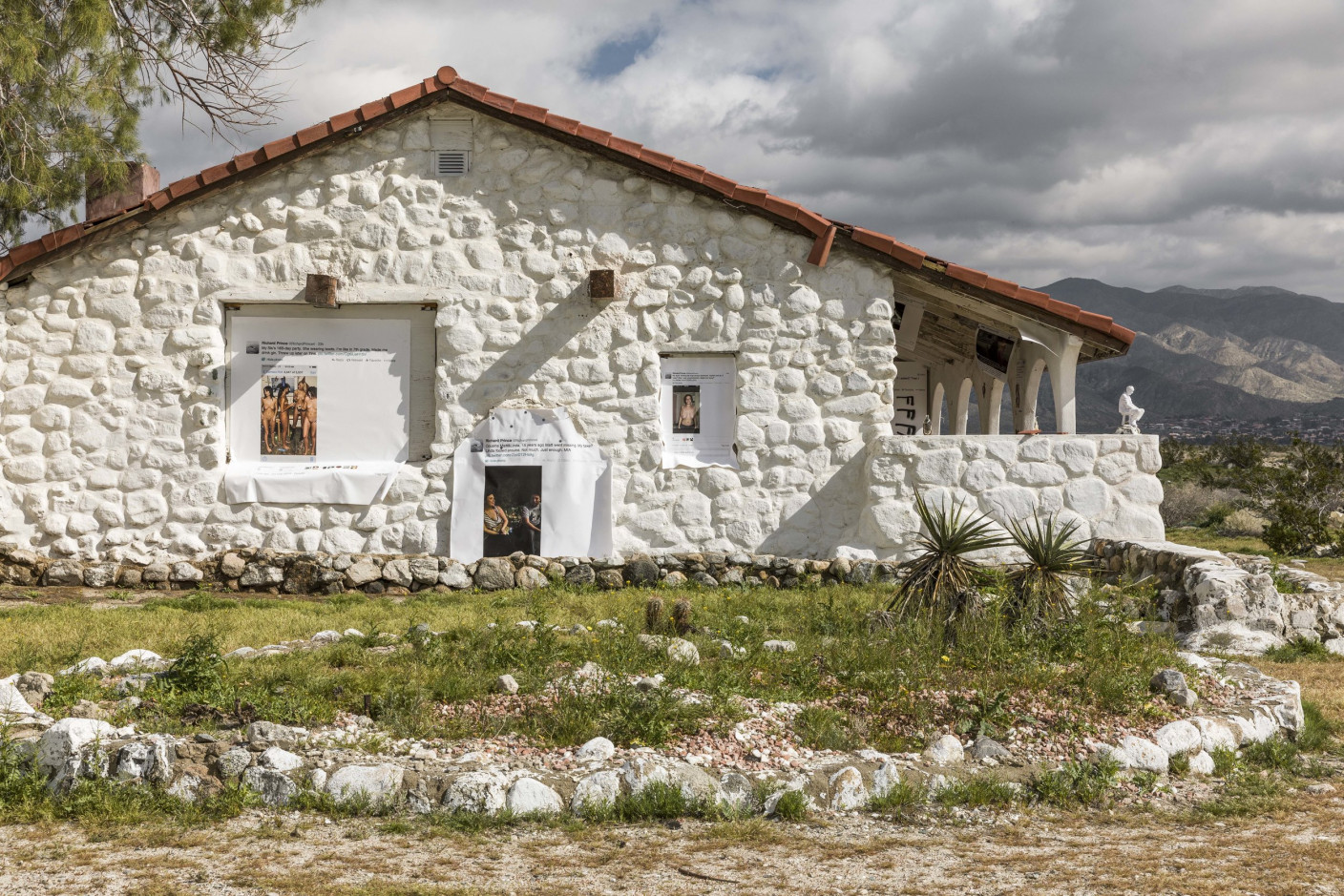 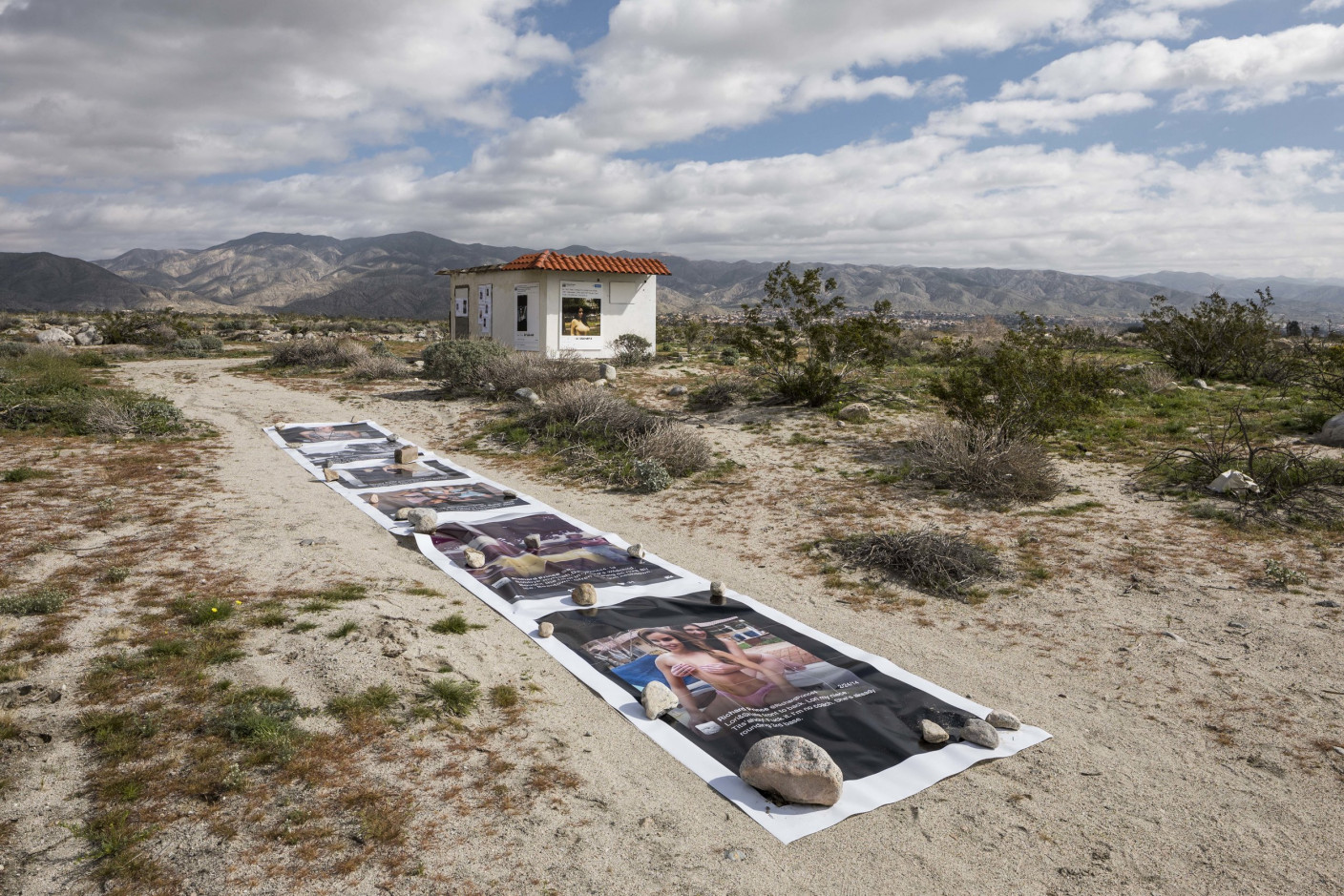 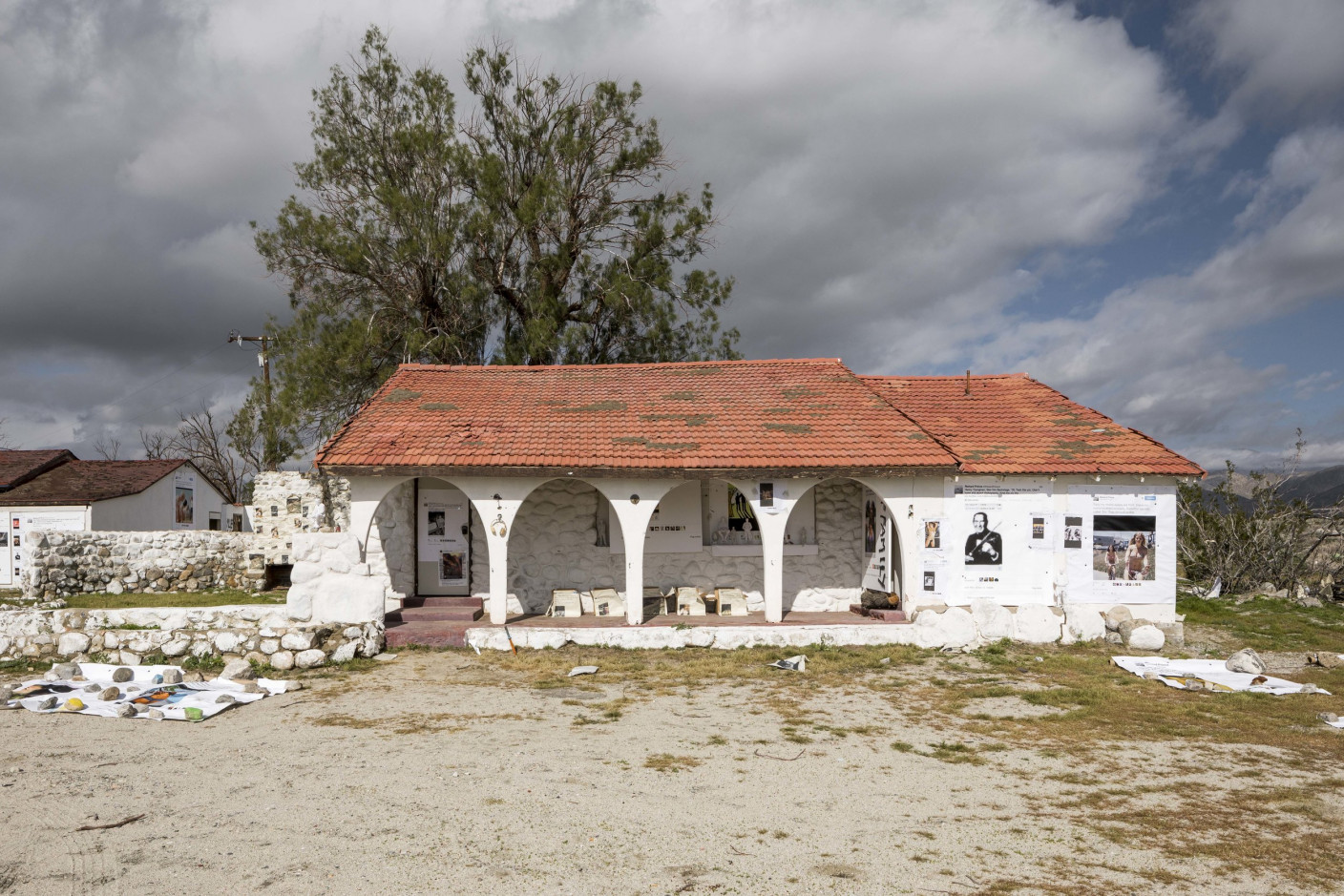 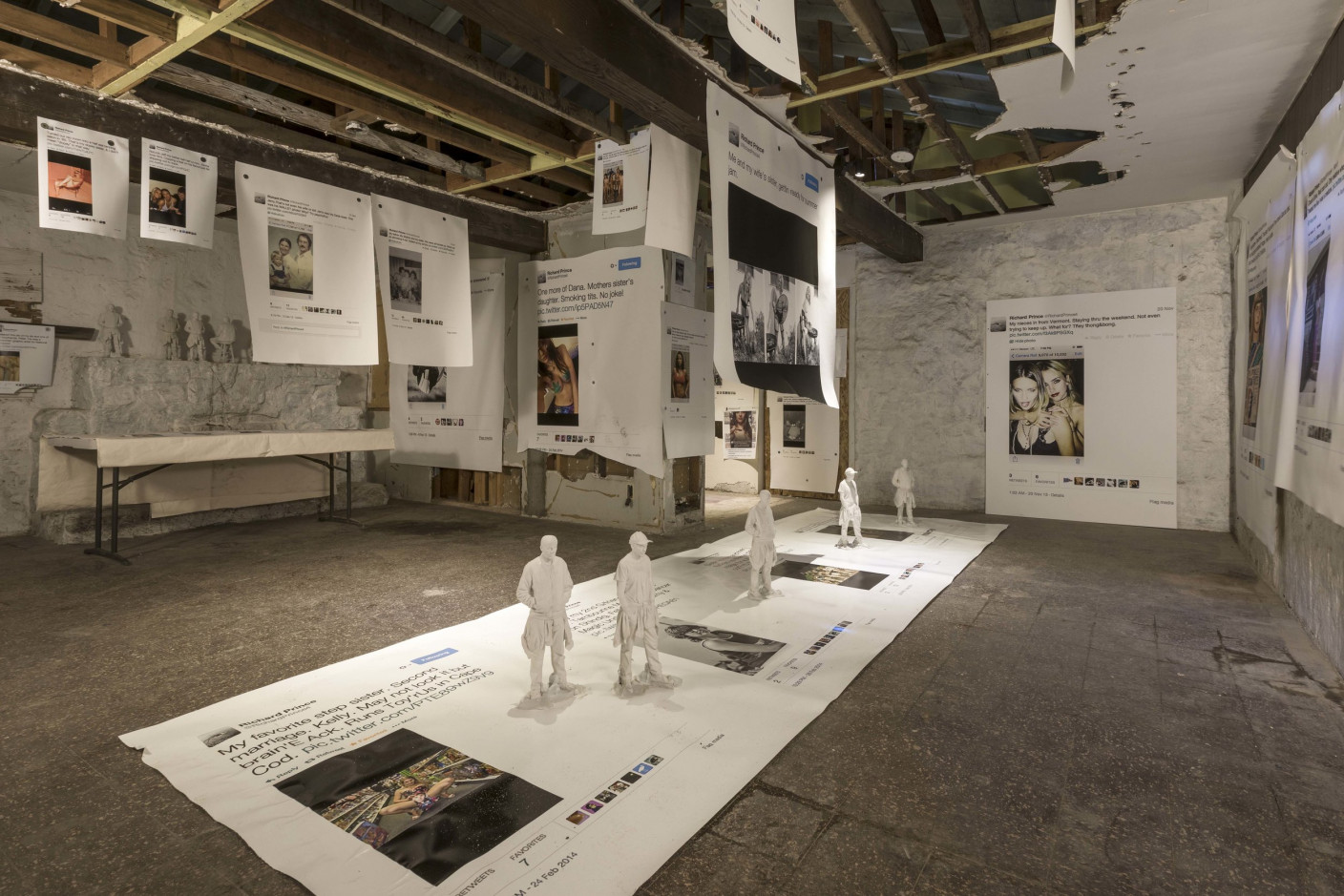 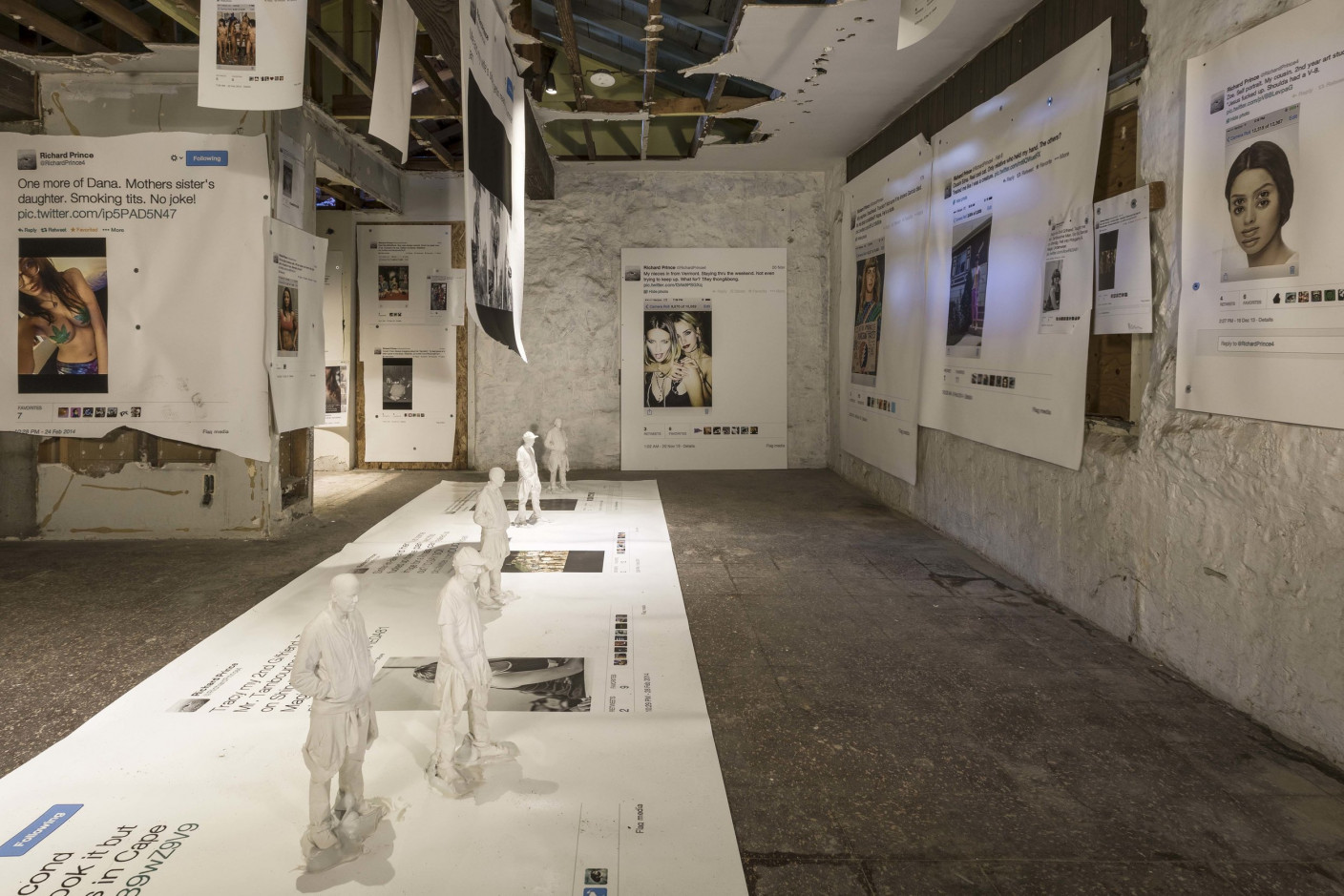 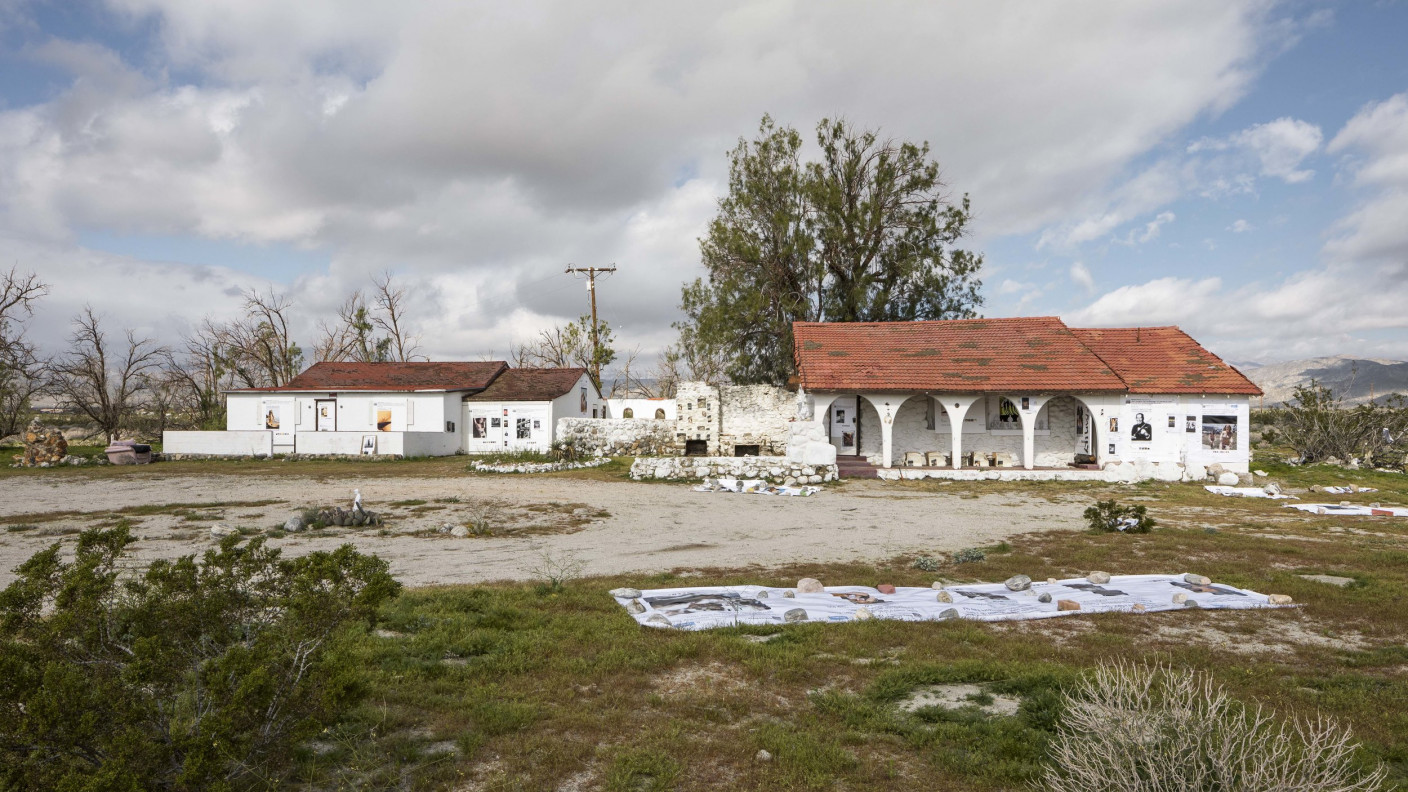 Richard Prince describes Third Place as, “The House where my family used to live and are now having a reunion.” Strip mining the surface of American cultural life, Princes’ work often exposes the darker sub-currents of sexual and familial tension as they expose themselves through humor and other tropes of psychological dysfunction.

Third Place is, as the title suggests, the third of a series of structures that adopt a vernacular architectural form as the housing for material that speaks to the interior life of its recently departed occupant. Like previous houses, it suggests a place where, one observer put it, ‘the circuitry of human relationship was completely shorted out and charred.’ Run-down and little saddle-sore the house in Desert Hot Springs might suggest a cowboy’s retreat. Plastered with ‘Family Tweets’ and the odd rendering of the artists himself, Third Place reveals itself as a three dimensional portrait – a state of mind as much a state of place.’

Due to the theft and removal of artworks Richard Prince’s Third Place is no longer open to the public.

Desert X 2017 is permanetly closed. The artworks have been removed.