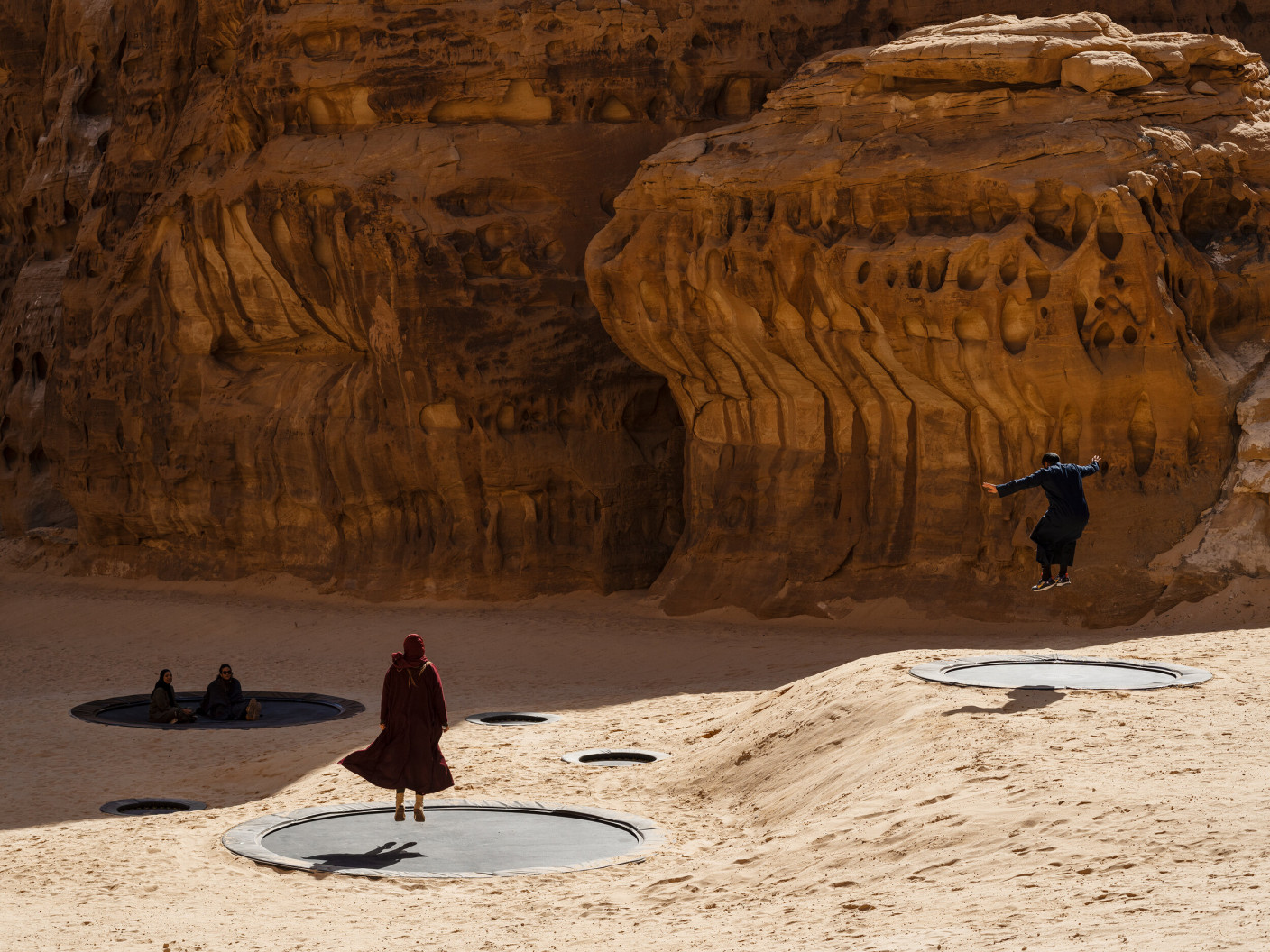 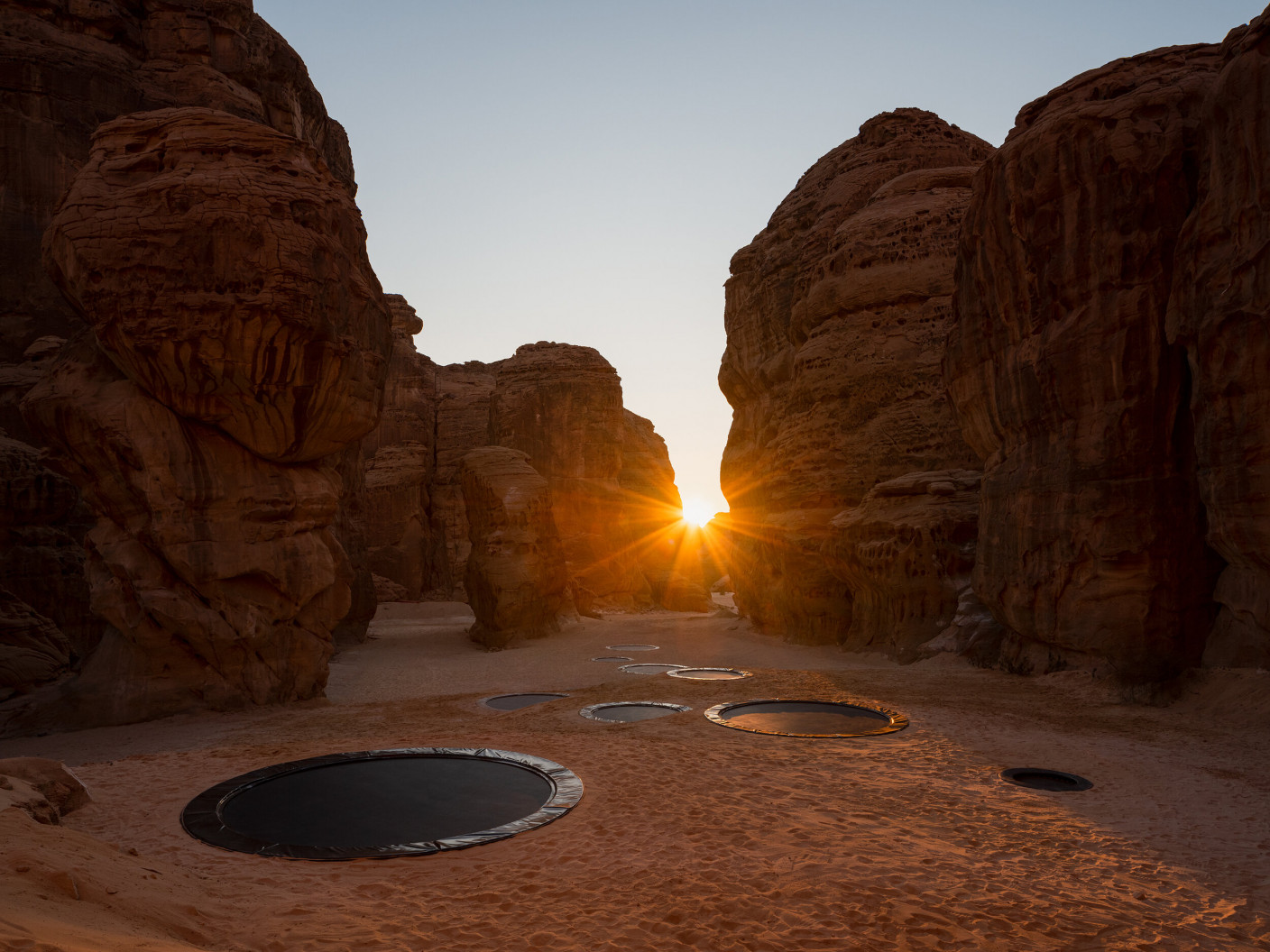 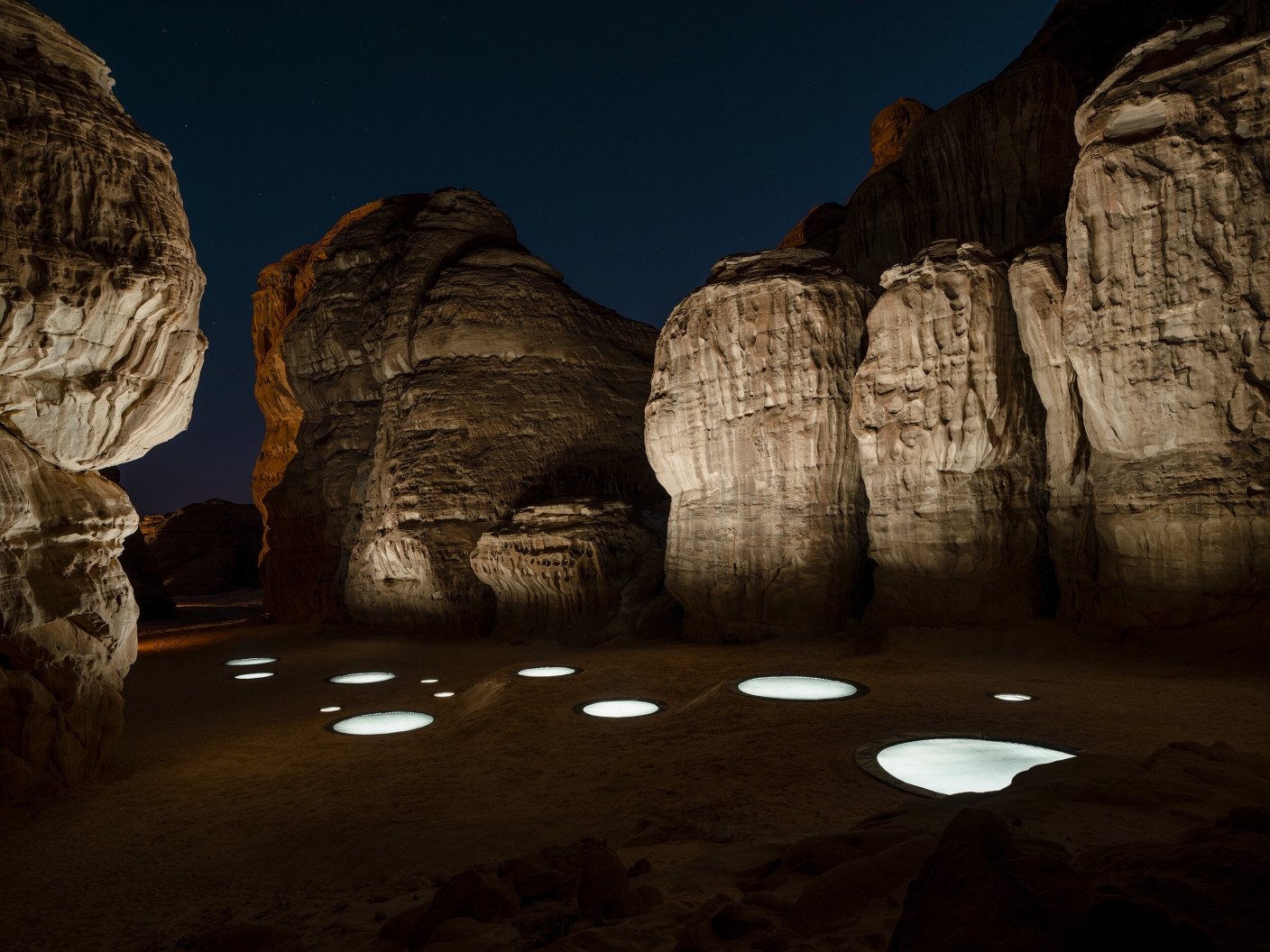 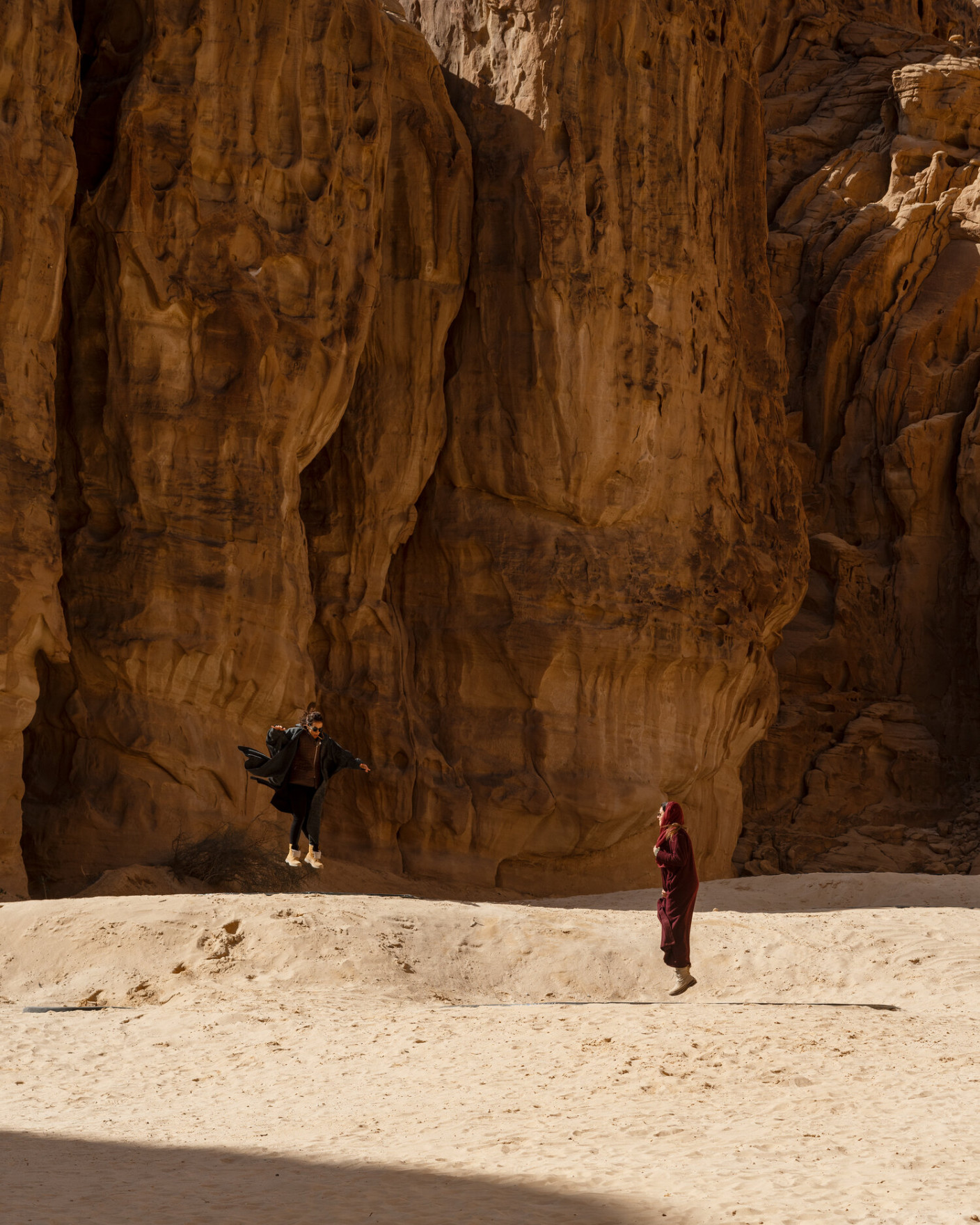 Now You See Me, Now You Don’t, are the words that a humble puddle in the desert of Saudi Arabia would say to any of her curious visitors. The puddle is only ever here for a brief moment, formed as if by accident. This will never be its permanent home. The encounter with the unexpected puddle can suggest and carry a tremendous amount of information. It also instigates a range of ideas, thoughts that can disappear at any given a moment.

Despite its capricious presence, there is no randomness to the formation of a puddle. Puddles are concentrations of water that are caught in nonporous environments. Reading a puddle and the circumstances of its appearance is a skill of sensitive environmental intuition, yet it is constantly overlooked. The typical puddle forms when water travels downwards, allowing gravity to guide its path to the lowest point in the land, until something stops it. In nature it could be a rock or a patch of saturated wetland. Puddles in forests or valleys tend to survive and grow, but in drier environments, like the deserts of AlUla, they simply fade away.

In urban spaces, puddles have a particular reputation; the puddle is not an innocent natural phenomenon. In cities, puddles are usually seen as the sign of an imperfection of design, or a failure in engineering. They are to be eradicated and avoided in most spaces inhabited by humans.

Here, AlDowayan presents a set of puddle-like installations designed to last for a few months; they do not belong to this landscape, and yet they appear, paused, contained, existing in the crevices of the AlUla rocks. The puddles are not real, but are made of massive trampolines that can be touched, laid upon, jumped on, and observed. In the evening, they become moon circles, activated through a series of lighting techniques as people interact with them. As encounters with the work becomes bodily, a physical exchange of cause and effect, awareness of the environment, its sensitivities, receptiveness, and actions are heightened.

Climate change and irresponsible man-made irrigation practices have made water scarcity one of the most critical issues we face today. Examining their disappearance, AlDowayan establishes these puddles as a symbol and indicator of the impending water crisis.