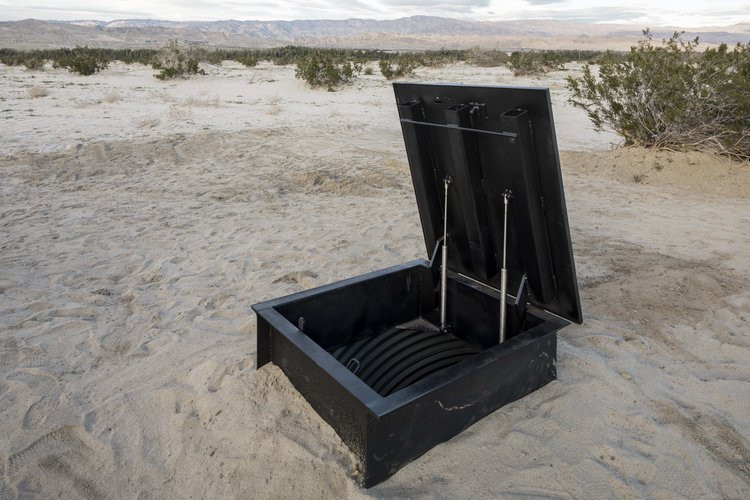 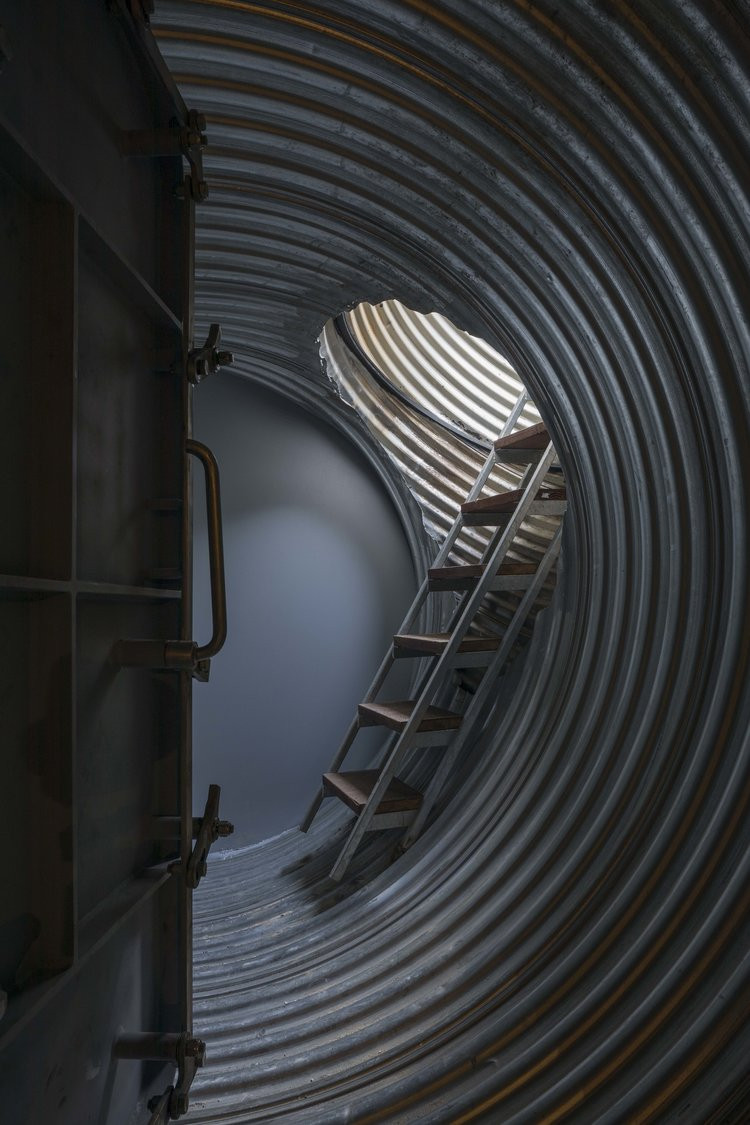 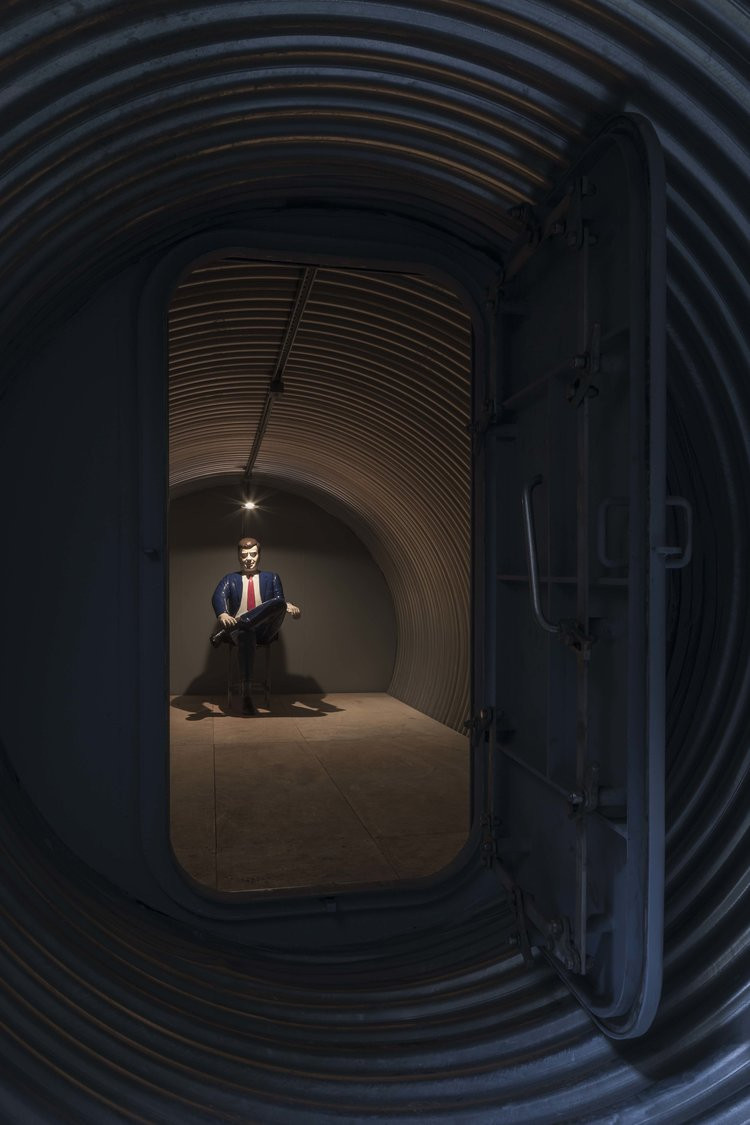 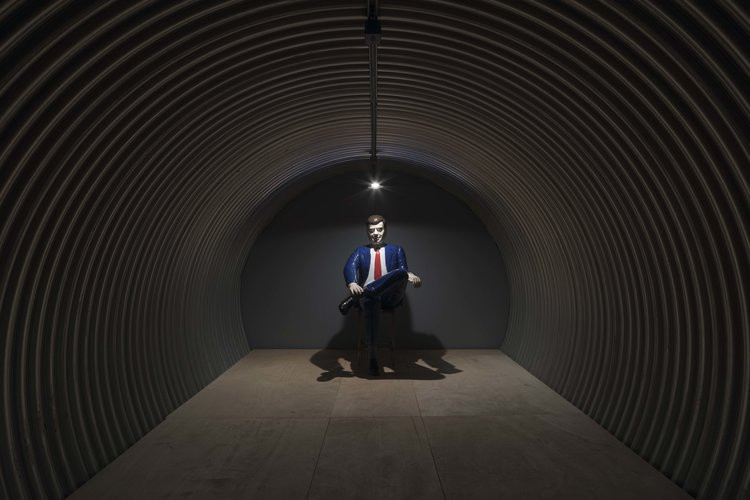 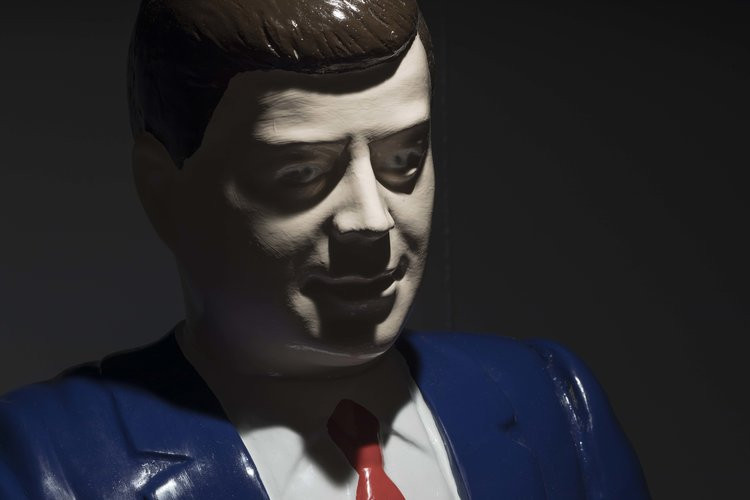 As a Texan I feel connected to the death of John F Kennedy. I’m not sure if I come from the place where he died or the place that killed him. Like the myths surrounding Elvis, Jesus or UFO’s, Boone sees the figure of JFK as lightening in the ground, bunkered in the very same Atlas Survival Shelter that the then president had in case of nuclear attack. Inside Monument the painted bronze figure is based on that of a hobby-kit, scaled up to heroically Hellenistic proportions. It might be equal part Catholic reliquary or one of the secretive roadside shrines found in the nearby deserts of Mexico, dedicated to the narco-saint Jesus Malverde. Either way it speaks not just to all those things that have been driven underground since the extinguished optimism of the sixties but to those same fears - nuclear attack and the invasion of the other – that have been so vividly resurrected in recent times.

Desert X 2017 is permanetly closed. The artworks have been removed.