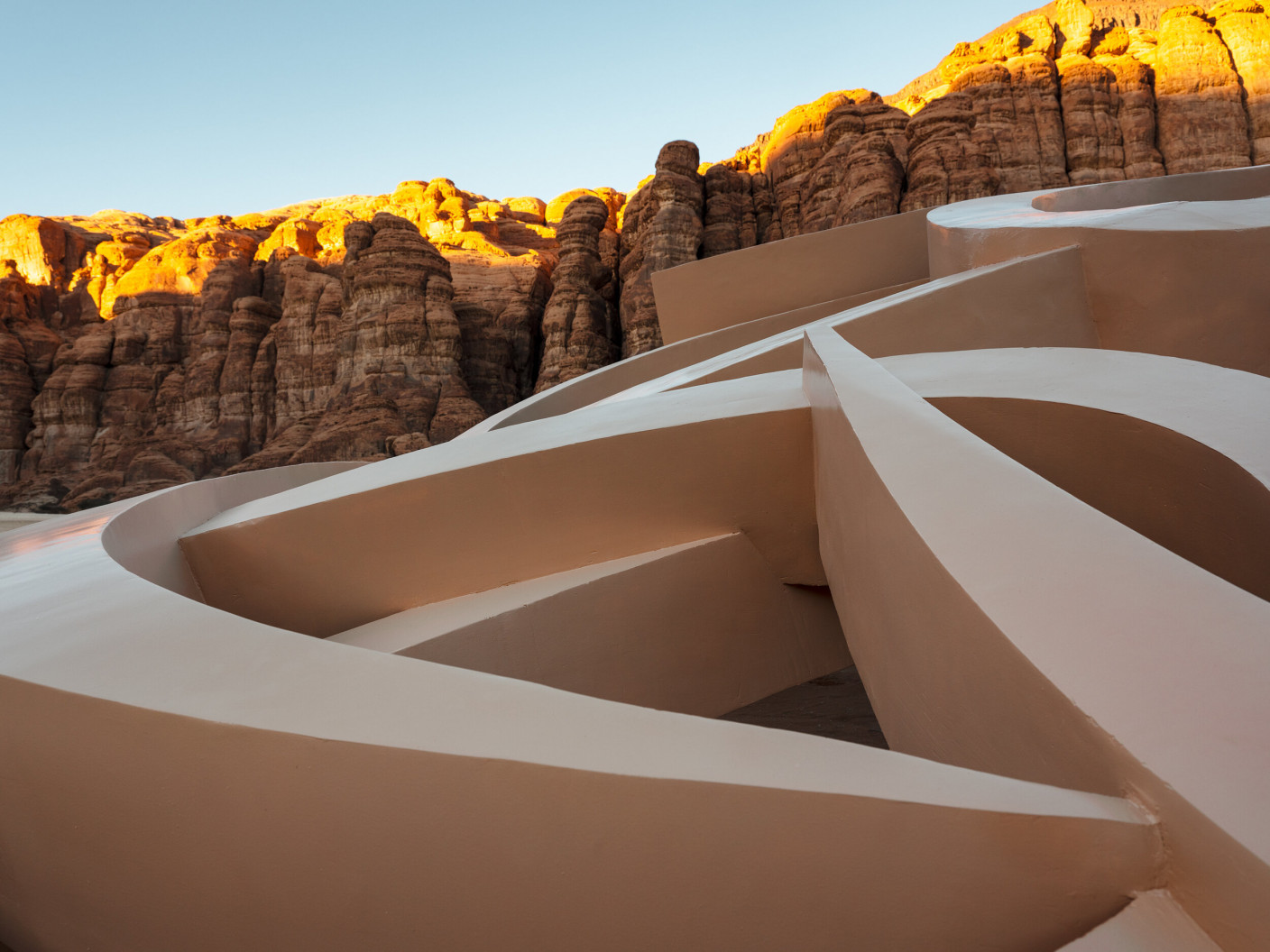 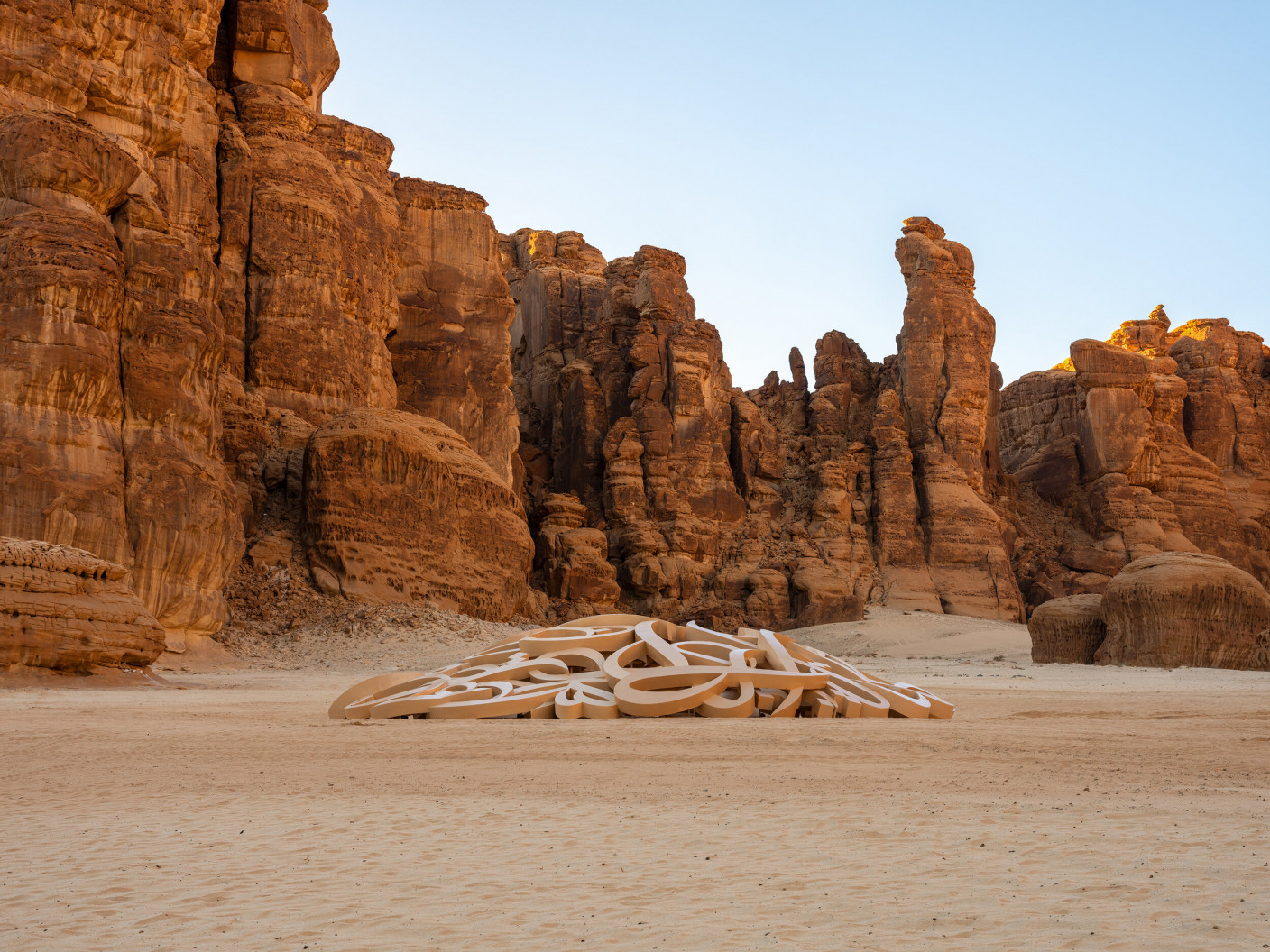 eL Seed’s artwork has often been described as a bridge. His French-Tunisian heritage straddles the gap between East and West and his use of Arabic script is a tool to communicate his messages of unity to the various communities that witness them. This project is inspired by the ancient trade routes that once wound their way through this walled city. Mirage takes reference from the walled city of AlUla, which was an oasis in the desert valley and full of fertile soil.

The poetry chosen for this particular sculpture was penned by Jameel Bin Abdullah Bin Moammer, a poet from Wadi Al Qura, who wrote to his sweetheart Buthayna.

“If only the prime of the youth were new and old times come back, Buthayna, should my poetry spend a night in Wadi AlQura, then I’m happy.”

These words summarize the love the poet has for this region and were chosen by the artist to shed new emphasis on it to residents as well as visitors. Every phrase chosen for eL Seed’s project is the result of hours of research, and in this case, the poetry offers a lens through which to witness the entire landscape. The words come from within the heart of the region and are, in many ways, an ode not only to one woman, but to nature itself. Mirage acts as a metaphor for the love Jameel had for Buthayna; a love so infinite, ever longing to be reached and grasped.

As audiences approach this installation, which is geographically aligned with the trade routes that once were the life-blood of the region, they will be appreciating the rich history that the desert sands have witnessed, as well as considering their own place within civilization, and the majesty and power of the natural world. Embedded within its surrounding, the work surrenders to the immensity of the landscape embodying the sense of humility concurrently felt by the individual.

This environment and presentation of Mirage is vital both for conceptual and physical access. A democratic approach that maximizes audience participation is key to all of eL Seed’s work. Although the text he uses is often illegible, its meaning is imbued with approachability; it is important for his work to be placed in the public sphere rather than to be confined to a gallery or a non-public space.