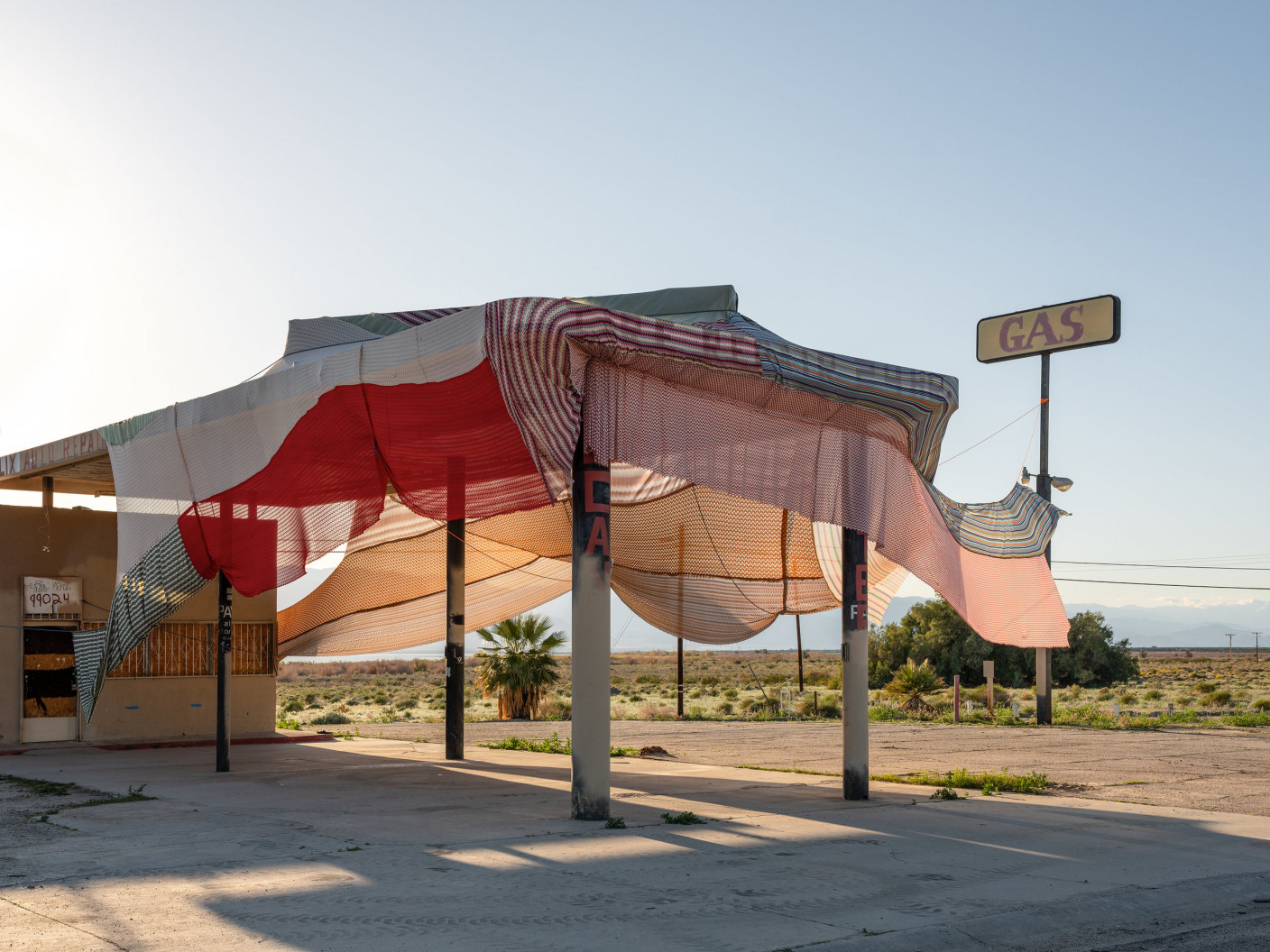 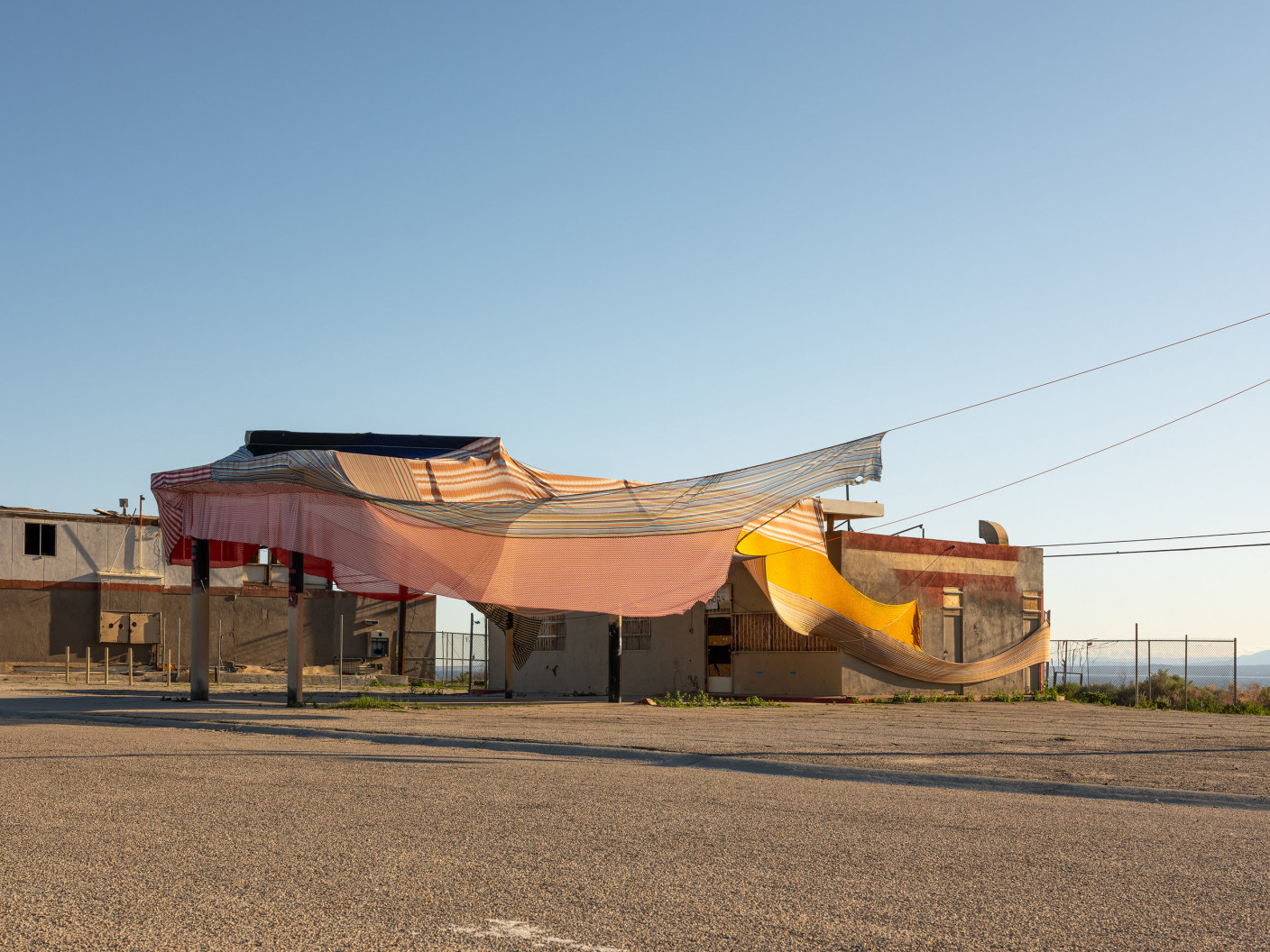 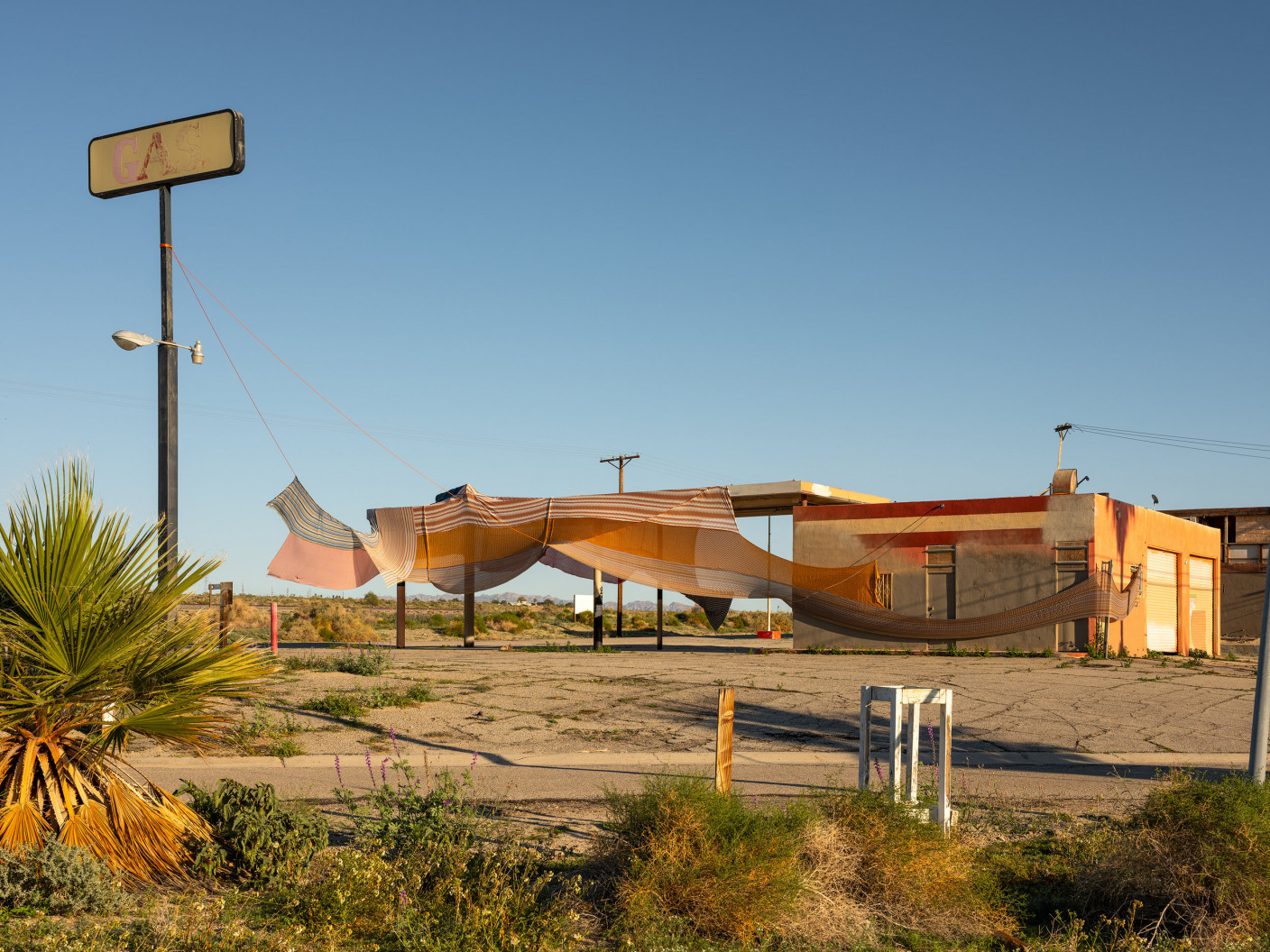 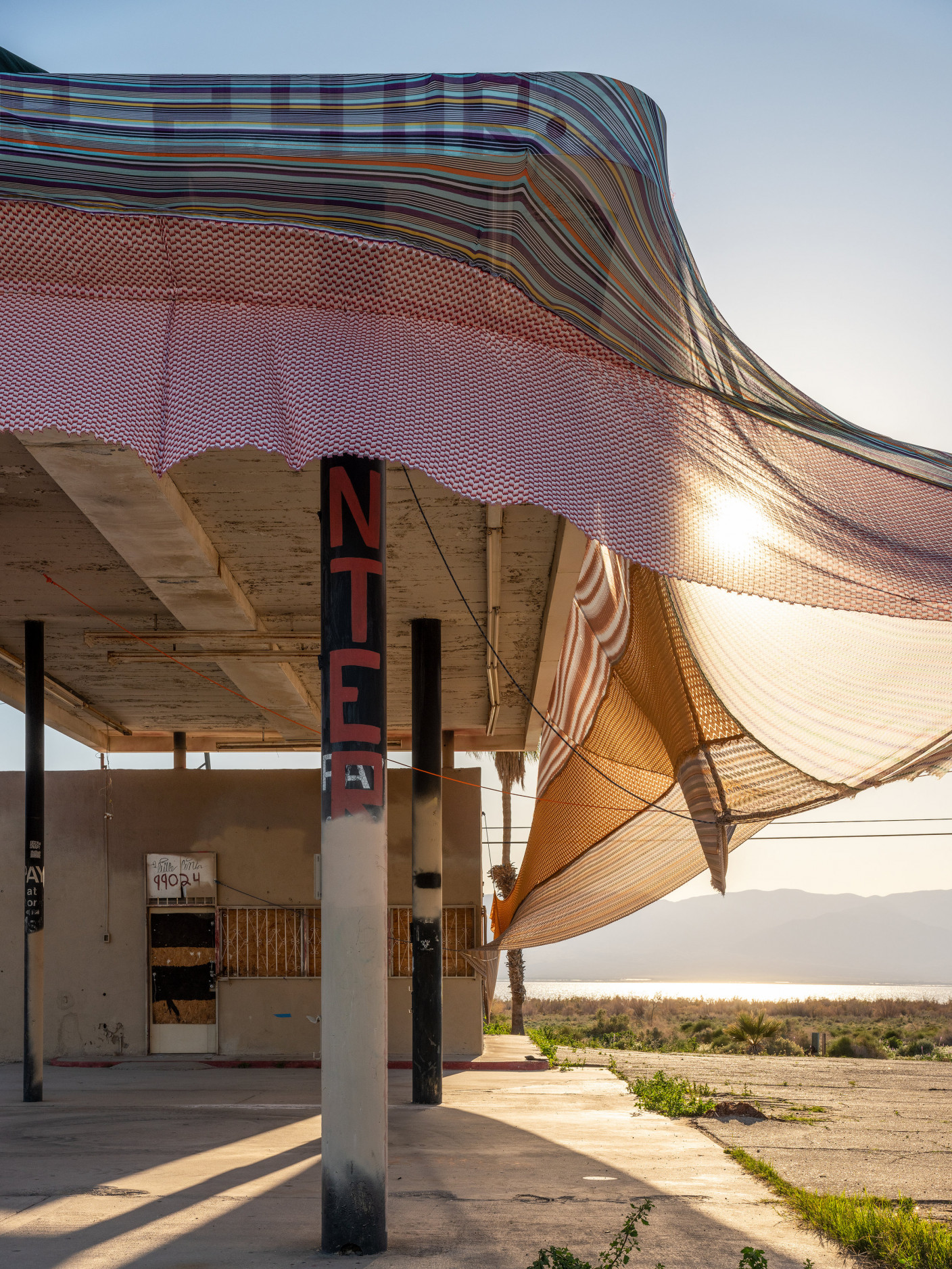 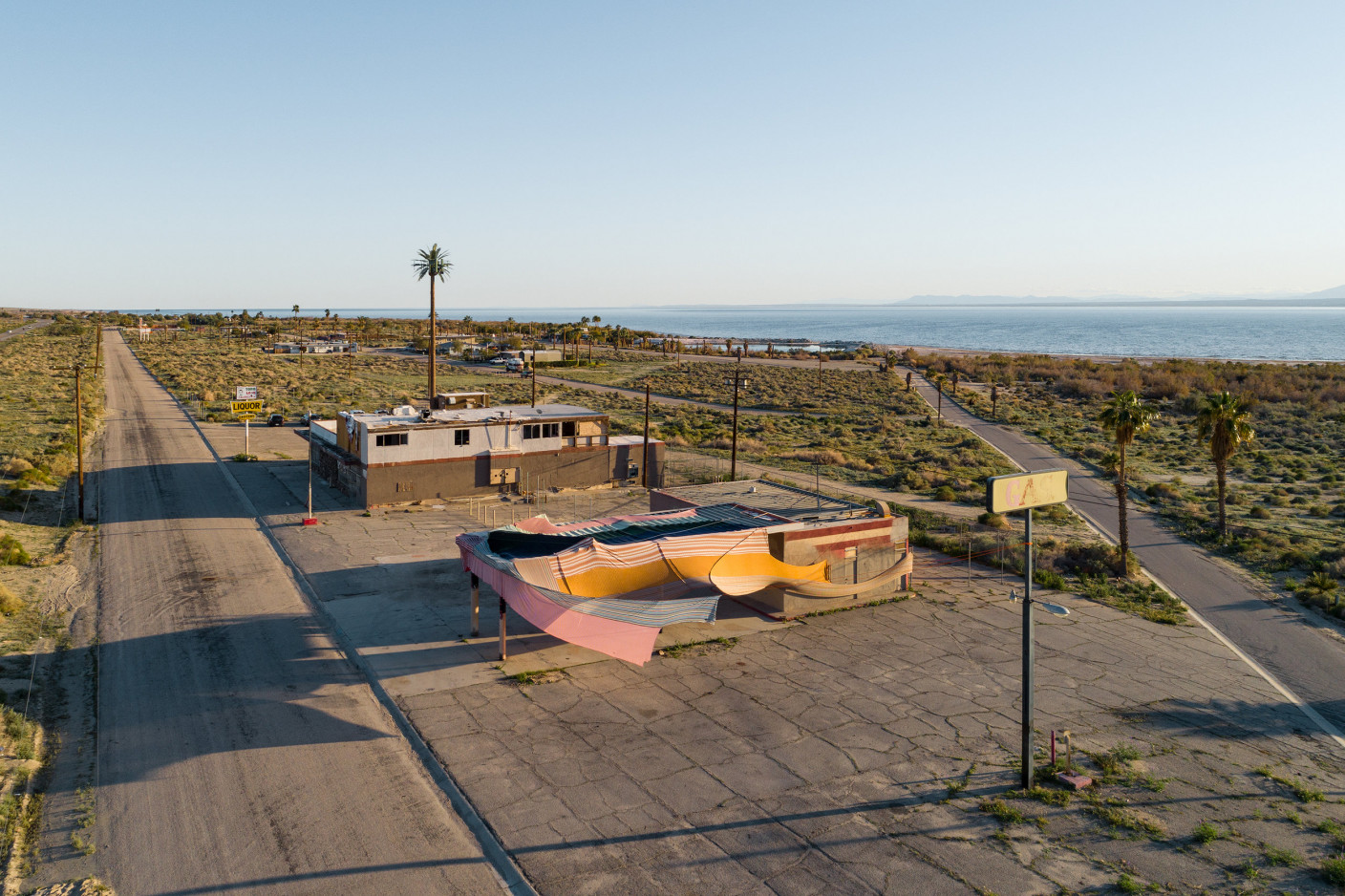 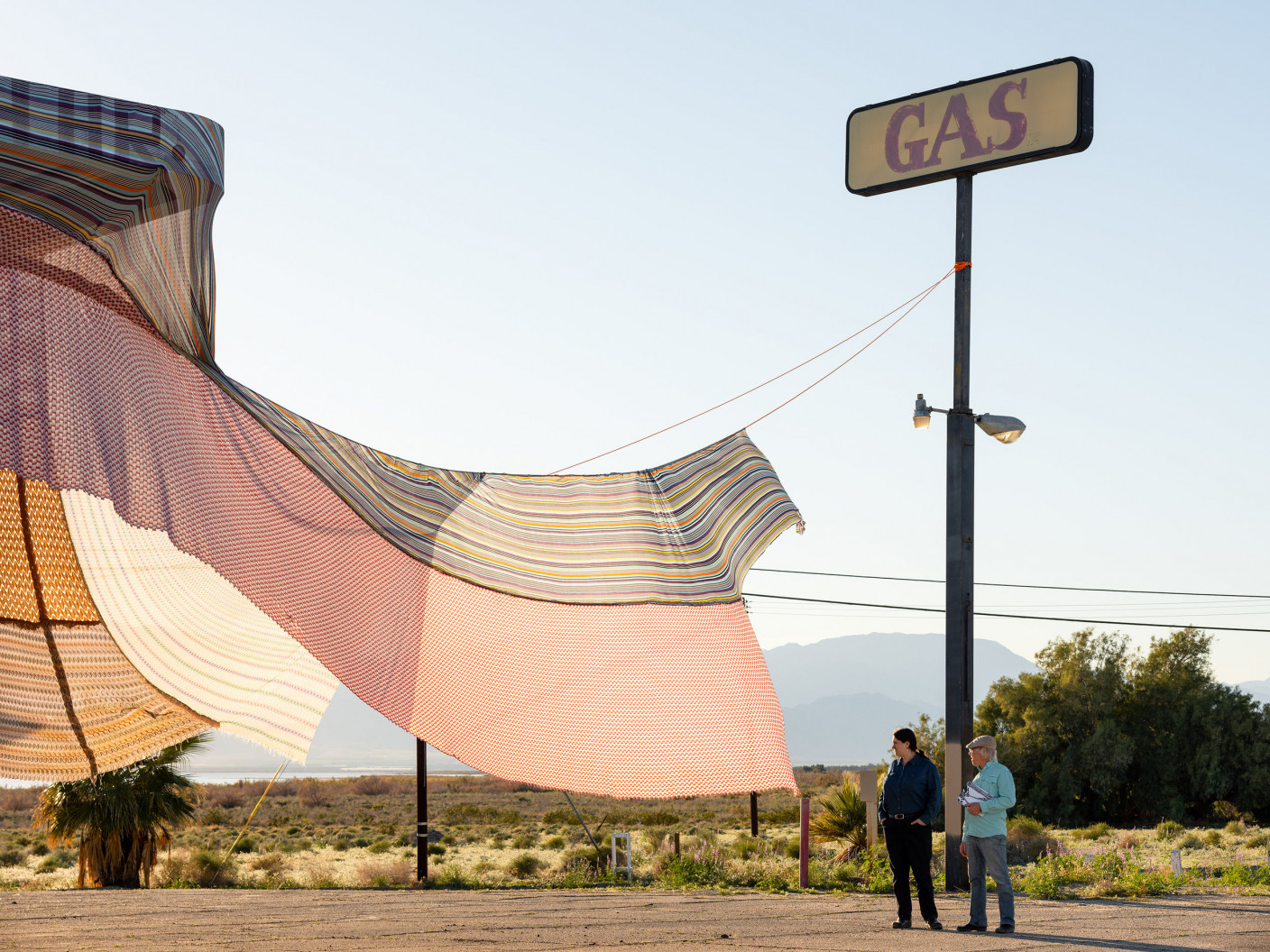 Using the site of a defunct gas station at the edge of the Salton Sea, artist Eric Mack employs his distinctive language of material as gesture to create a living architecture. Silks and tulles have been stretched with rope tensioned to form a line in space, or to reframe the building’s relationship to itself and its surroundings. The iconic Southern California car garage, draped and reanimated as a site-specific sculpture, brings something singular to an already-striking natural location. Halter offers its visitors a respite or site for gentle reflection that can be explored by moving between and among the folds of undulating, colorful, and lush fabrics. It is at once evocative of an unfastened garment, vacant tent, or open umbrella, all fluid and shifting references that the artist has assembled as a physical embodiment of real and imagined desert wanderers.

Eric N. Mack’s Halter (2019) stunned us all with its beauty and poignancy. Visitors from around the world have enjoyed and engaged with the work - a gem that punctuated their explorations of the surrounding desert. Halter remains one of the most photographed and documented artworks of Desert X 2019. On March 11, we discovered that the work had disappeared overnight and the organization reached out to Mr. Mack. We are continuing to work with the police and the North Shore Salton Sea community to determine the circumstances surrounding the disappearance of this work. Like all works created for Desert X, it was created to exist temporarily in the desert environment, known for its beauty but also for its extraordinary and at times extreme conditions, and to being open and accessible to a diverse, public audience. While we are saddened by the loss, we recognize how privileged we and the desert community have been to have had such a powerful and moving piece, enjoyed by thousands, as part of Desert X.

This project was made possible with support by Missoni.