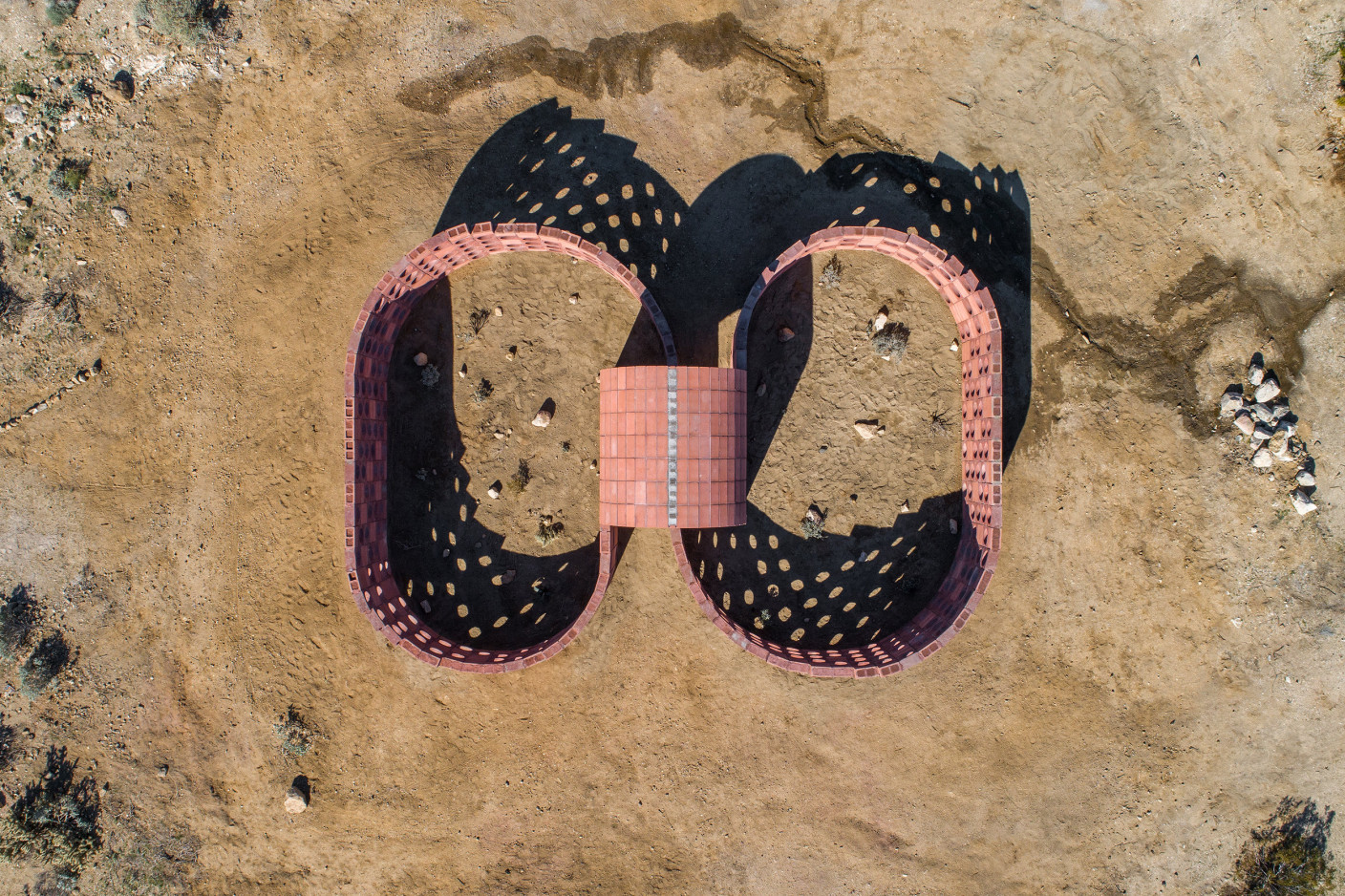 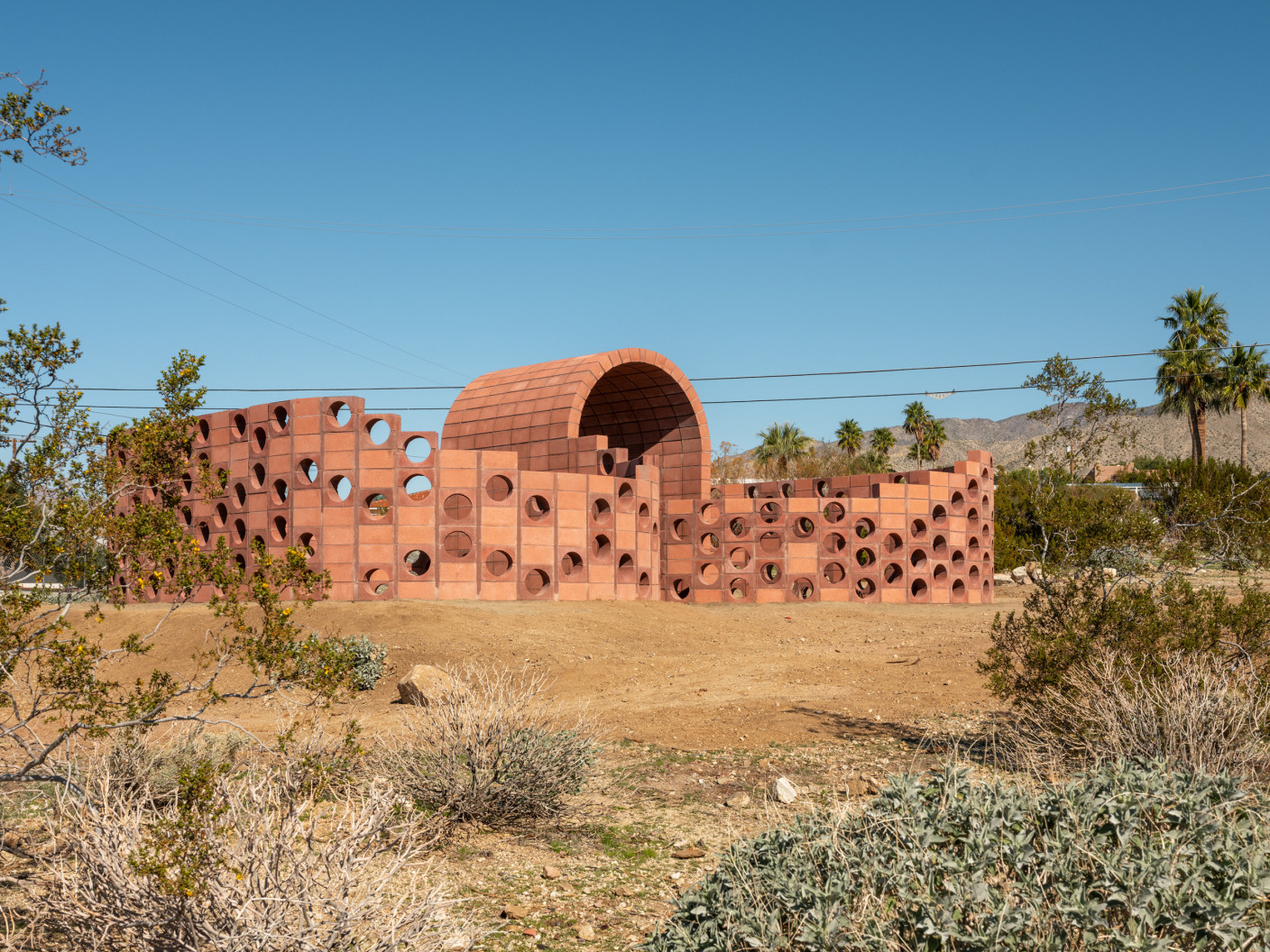 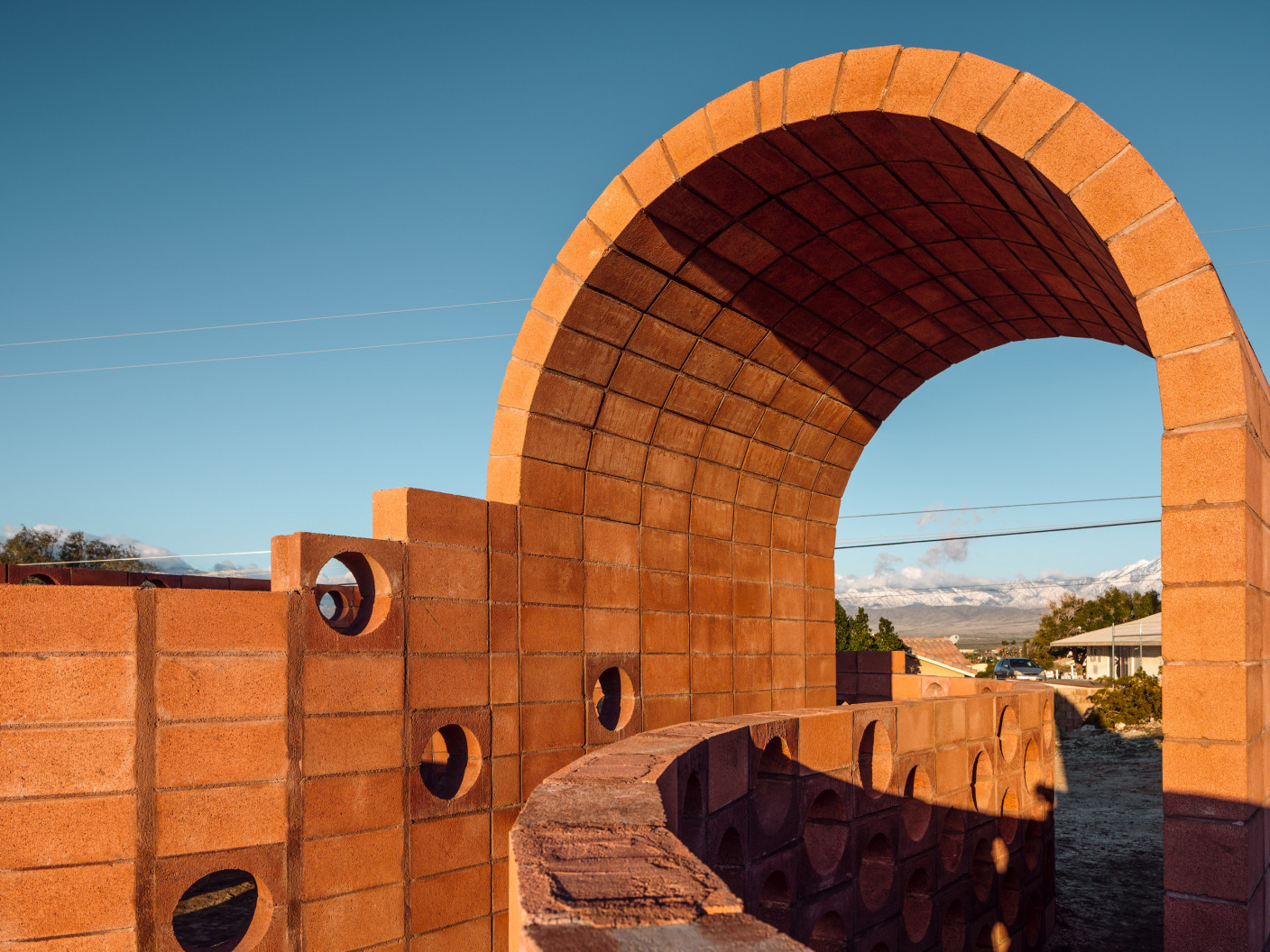 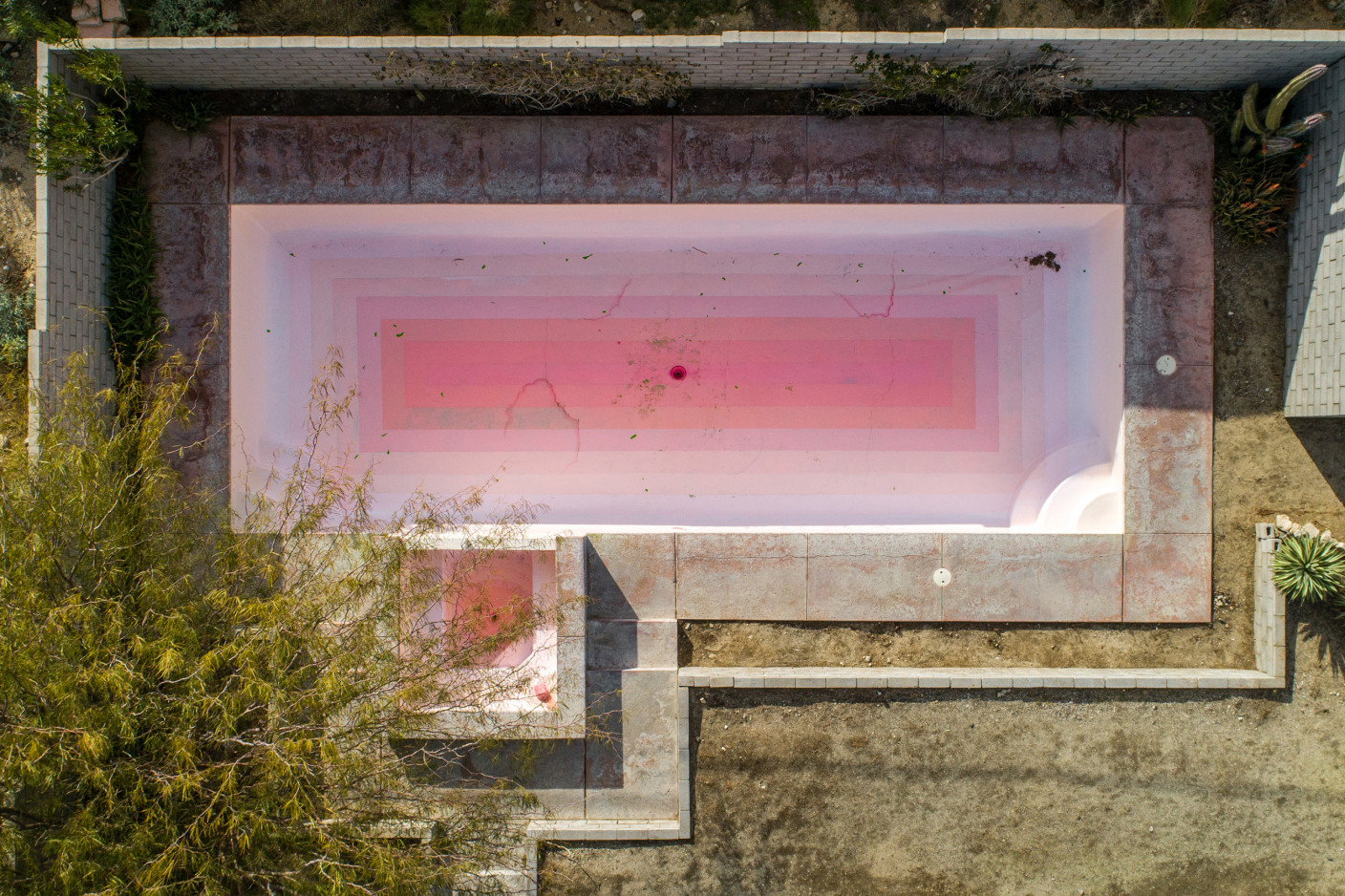 Going Nowhere Pavilion #01 is a Möbius strip made from concrete breeze blocks in a variety of fleshy pinks and browns. Technically, the Möbius strip is a surface with one continuous side formed by joining the ends of a rectangular strip, but it has a direct relationship to methods of psychology. Famed psychoanalyst Jacques Lacan’s own attempts to use topology – the study of geometric properties – as a vehicle to describe the human mind is a subject artist Julian Hoeber has explored for years. As with the Möbius strip form, what is inside and outside the self can quickly become indiscernible.

Executed Variant DHS #1 (Q1, CJ, DC), the painting sited in a pool connected to the property, is a loose variant on a series of works Hoeber titled the Execution Changes. It is connected to its neighboring Möbius strip by proximity, but also by color. The painting, like the pavilion, is an image of the mind in its own way: the painting is a study of phenomenological consciousness. Both the sculpture and the painting attempt to parse out how forms can represent the logical, irrational, historical and corporeal experiences of human consciousness.