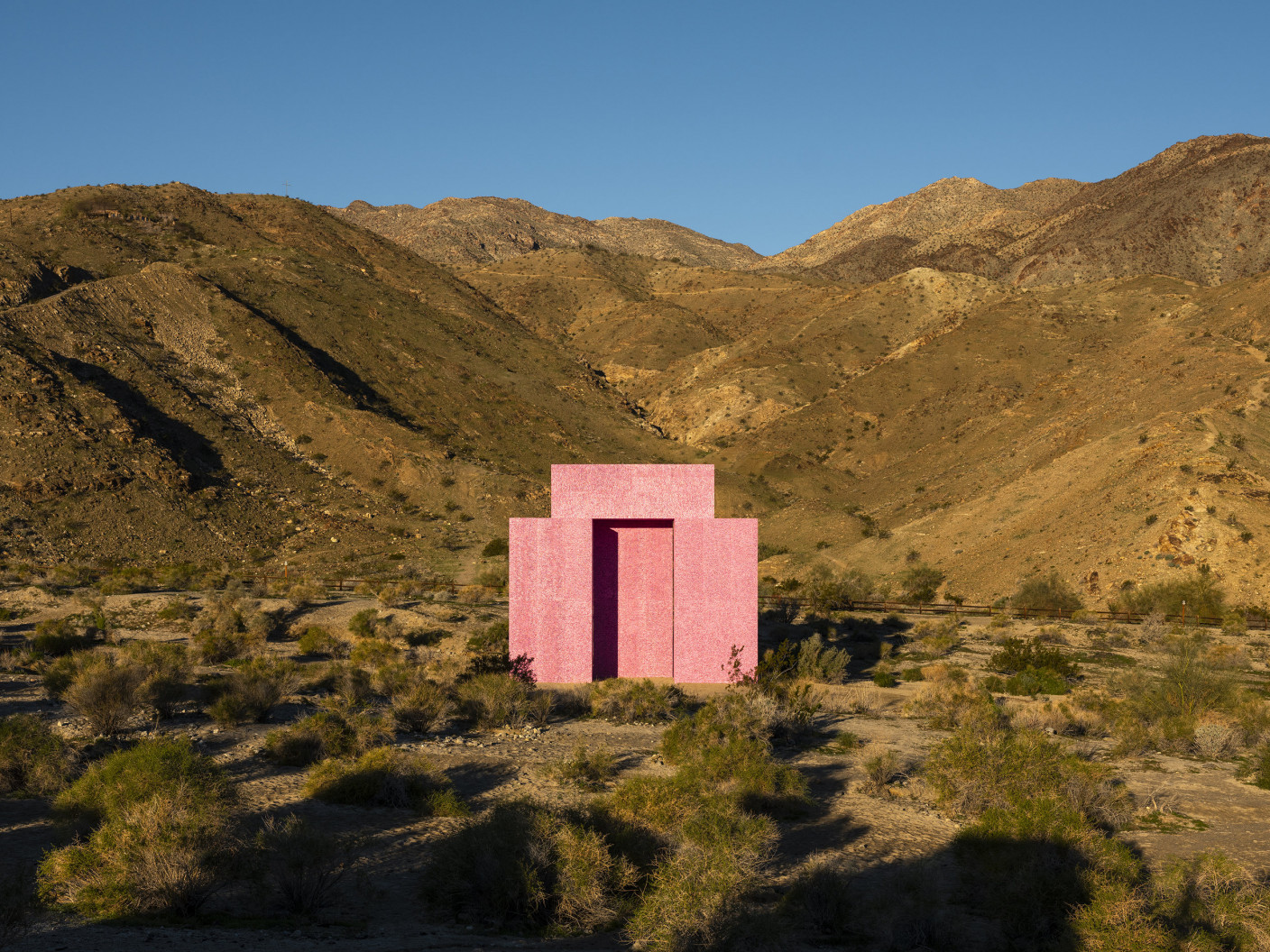 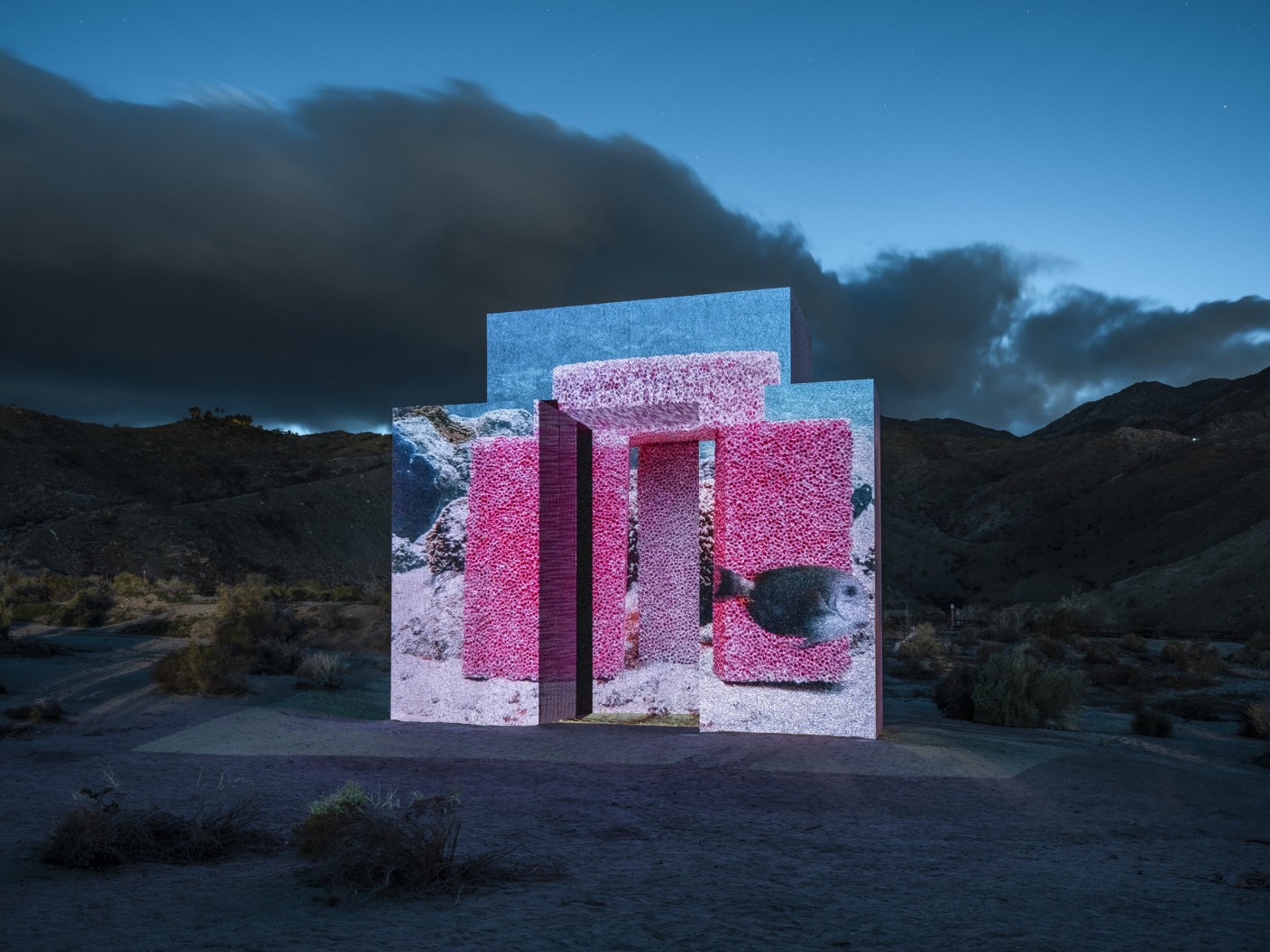 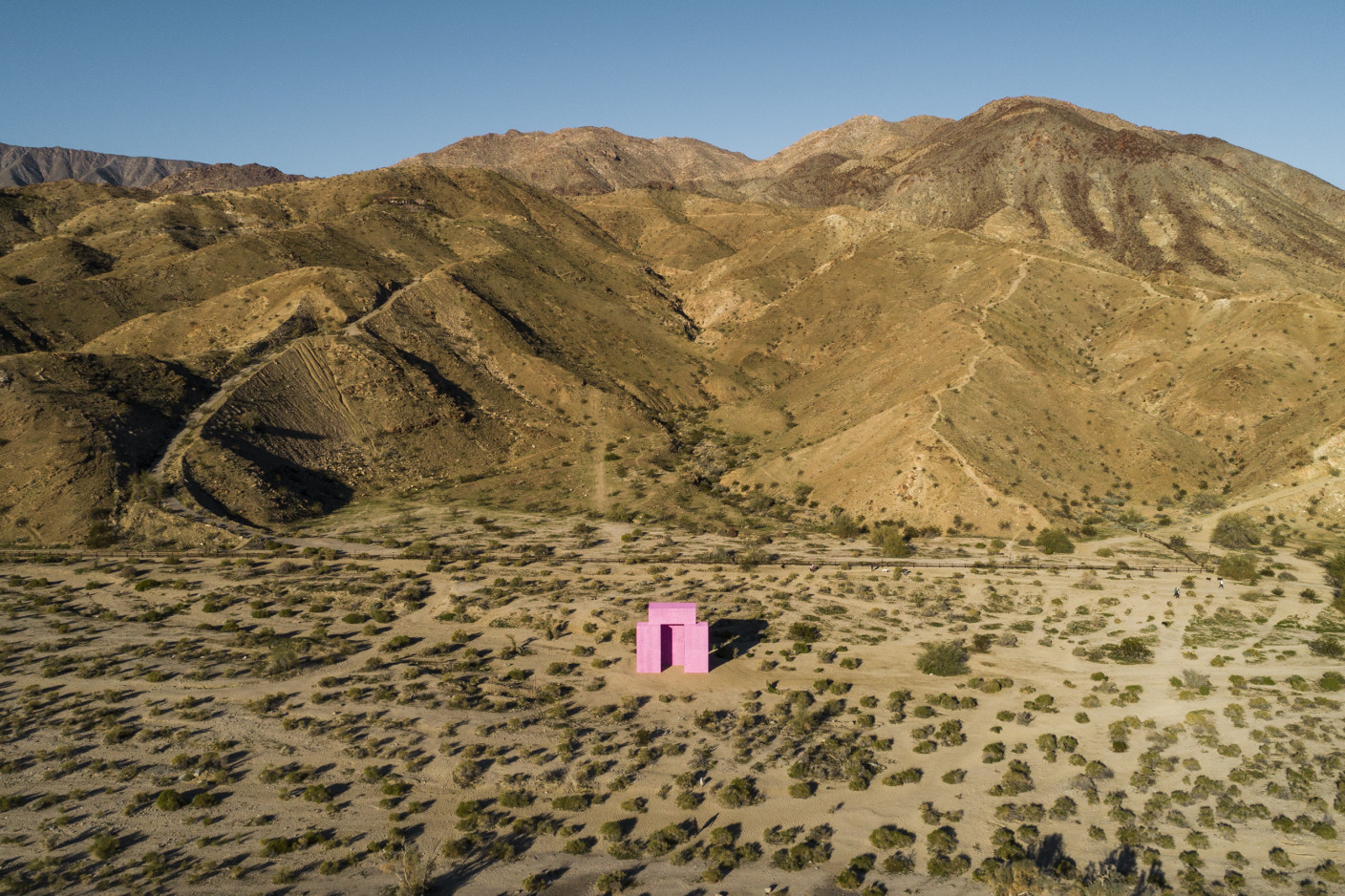 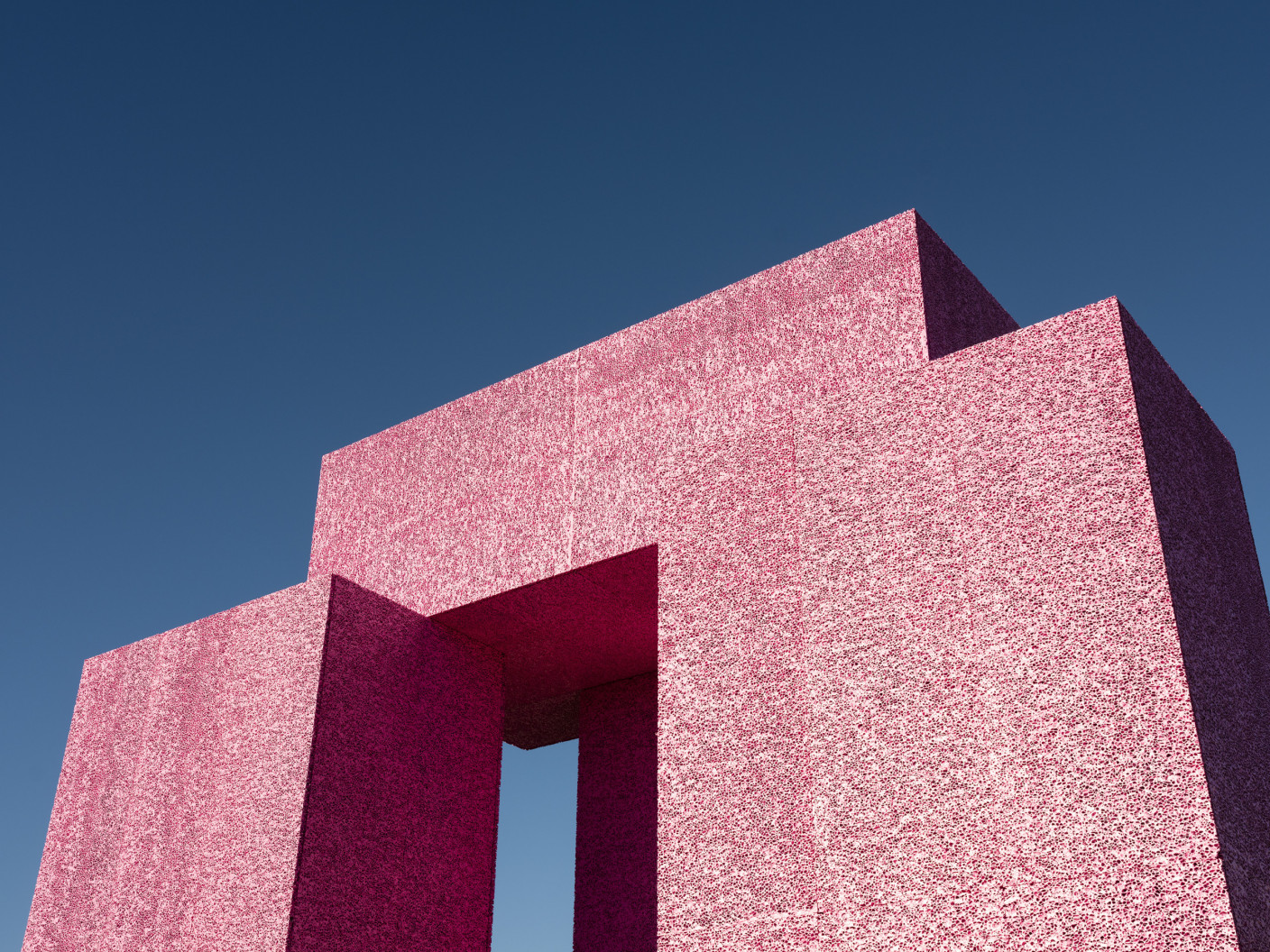 It was the unexpected discovery of an abundance of fossilized marine life more than 100 miles inland from the Pacific shore that led the early Spanish settlers to name this valley Conchilla, which means “little shell.” Because of a mis-spelling the region became known as the Coachella Valley, thereby stripping it of the reminder that 6 million years ago, what is now desert had been underwater and connected to the so-called Western Interior Seaway. For the Danish collective Superflex, geological history and the not-so-distant future meet in the recognition that with global warming, rising water levels will again submerge the land- scape along with all the structure and infrastructure that made it habitable for humans. Rethinking architecture from the point of view of future submersion, their mission has been to create land-based forms equally attractive to human and marine life. Using the preferred color palettes of Walter and Leonore Annenberg, Palm Springs, and marine corals, Dive-In merges the recognition that global warming will drastically reshape the habitat of our planet with another more recent extinction: the out- door movie theater. Here the interests of desert dwellers and sea life come together in the coral-like walls and weekly screenings of a structure born of a deep past and shallow future.

Listen to an interview with Rasmus Nielsen of Superflex on the Desert X 2019 Podcast here.

Commissioned by Desert X in collaboration with TBA21-Academy.

Desert X 2019 is permanently closed. The artwork has been removed.