Preview Screening at The Getty Center

The film screening will be followed by a panel and Q & A with Desert X 2021 artist Nicholas Galanin, Desert X Board Vice President Dr. Steven A. Nash, Co-curator César García-Alvarez and film producer Zoe Lukov.

Desert X 2021 – The Film
USA / 56 minutes
Directed by Dylan Robertson and produced by Zoe Lukov for Desert X.
The Executive Producer is Richard Mille. The film will premiere on KCET on November 3, 2021 as part of KCET’s original series ARTBOUND.

The film goes behind the scenes of the exhibition, which was curated by artistic director Neville Wakefield with co-curator César García-Alvarez, offering atypical insight into newly commissioned works by 12 participating artists from eight countries. The artists are invited to explore the desert as both a place and idea, and to look deeper at ideas essential to the sustenance of our future and identity and the histories, realities and possibilities of the Coachella Valley and its many communities.

Desert X 2021 – The Film takes us inside the artists’ studios in Accra, Ghana; Berlin, Germany; Guadalajara, Mexico; Jeddah, Saudi Arabia; La Paila, Colombia; London, UK; New York City, USA; Panajachel, Guatemala; and Sitka, Alaska, USA. Through their creations for Desert X, the participating artists explore the current socio-political climate, speaking directly to the Native American Land Back movement, climate change and water rights, histories of feminism and the urgent issues facing Black lives. It is at once a record of the past tumultuous 18 months through the eyes and voices of some of the most well-known artists and a timely piece that poses urgent questions about the past while imagining the possibilities of a shared future. 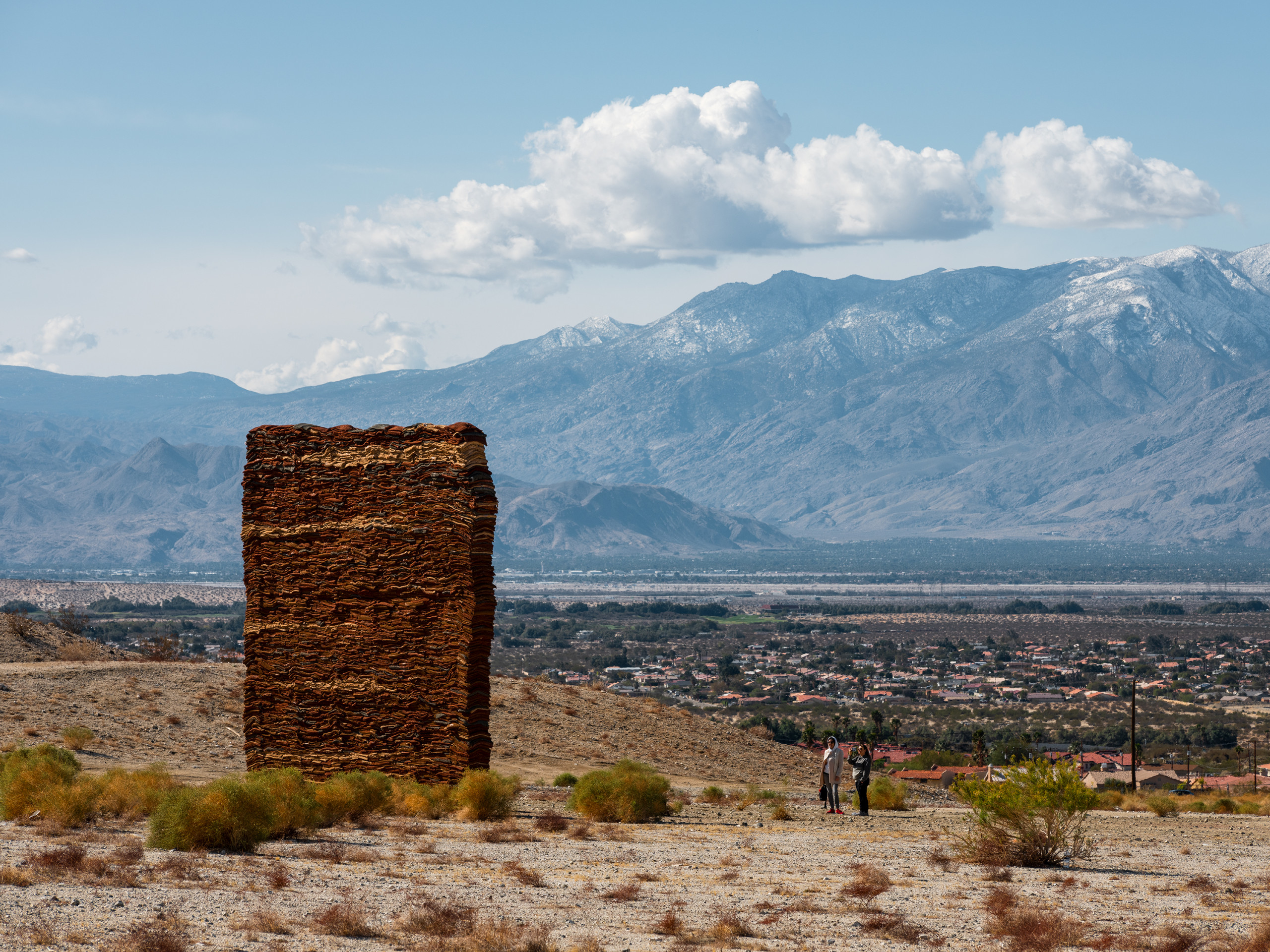 Zahrah Alghamdi, What Lies Behind the Walls, Desert X 2021

Get tickets
Reserve your tickets