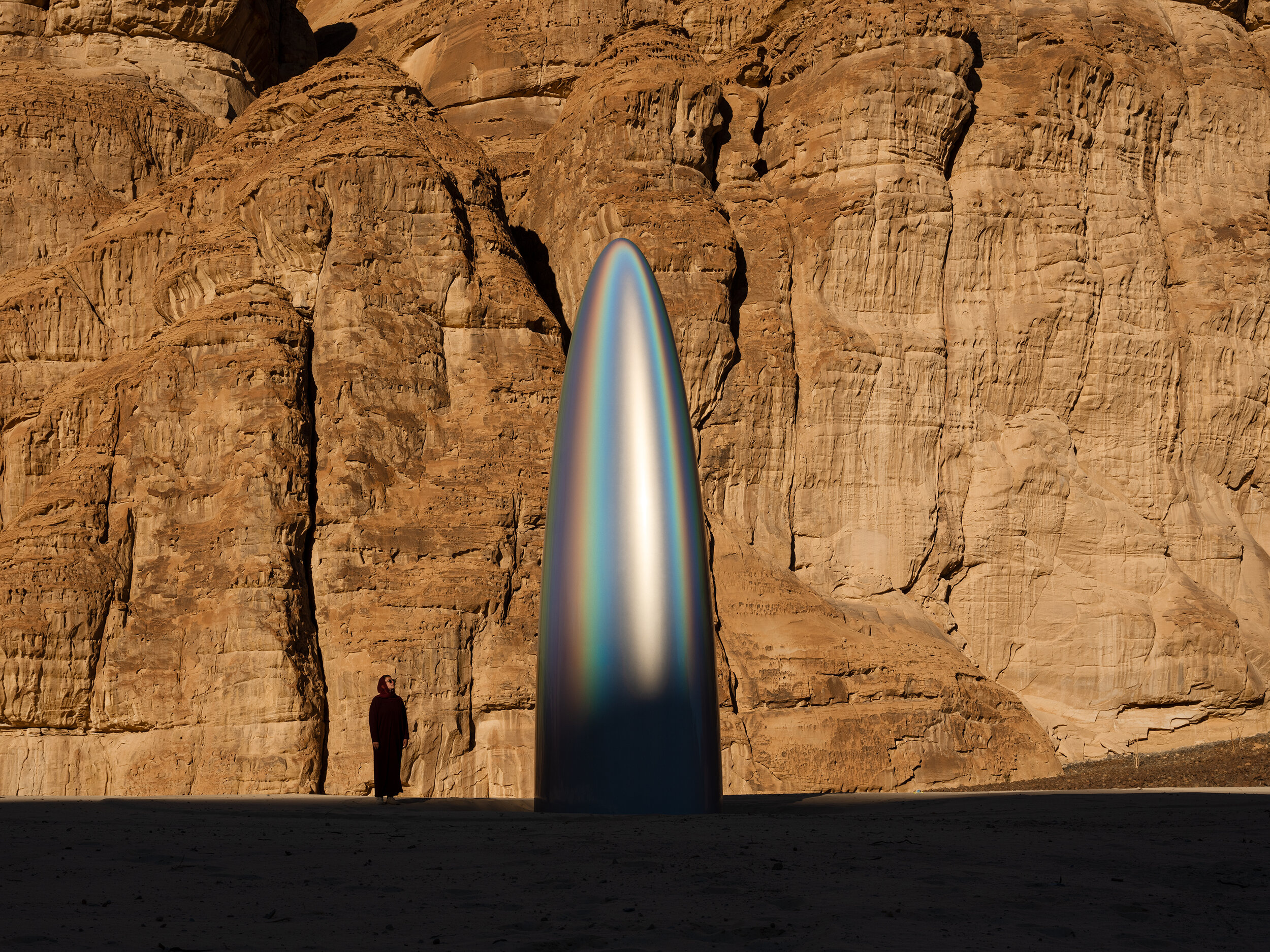 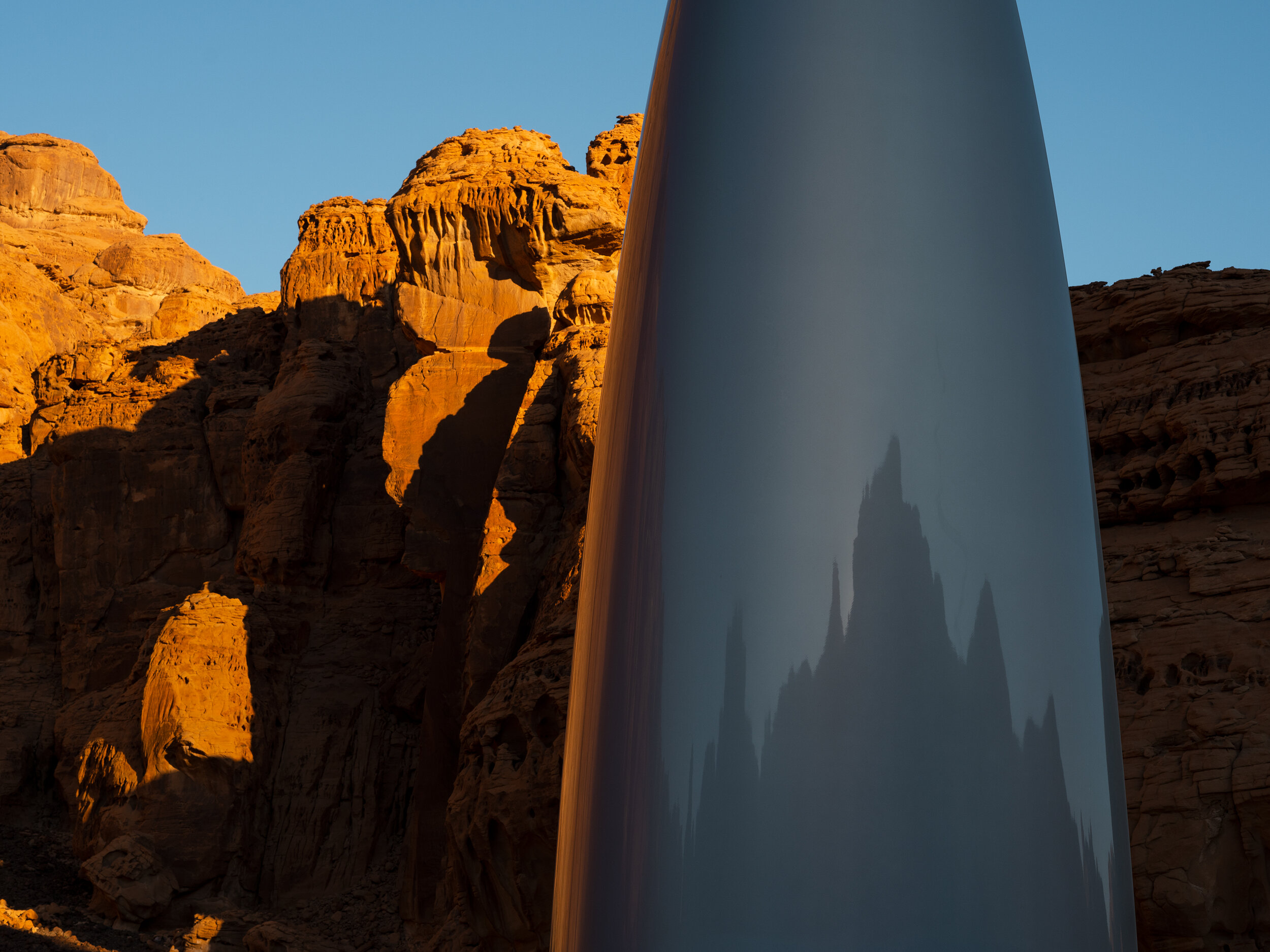 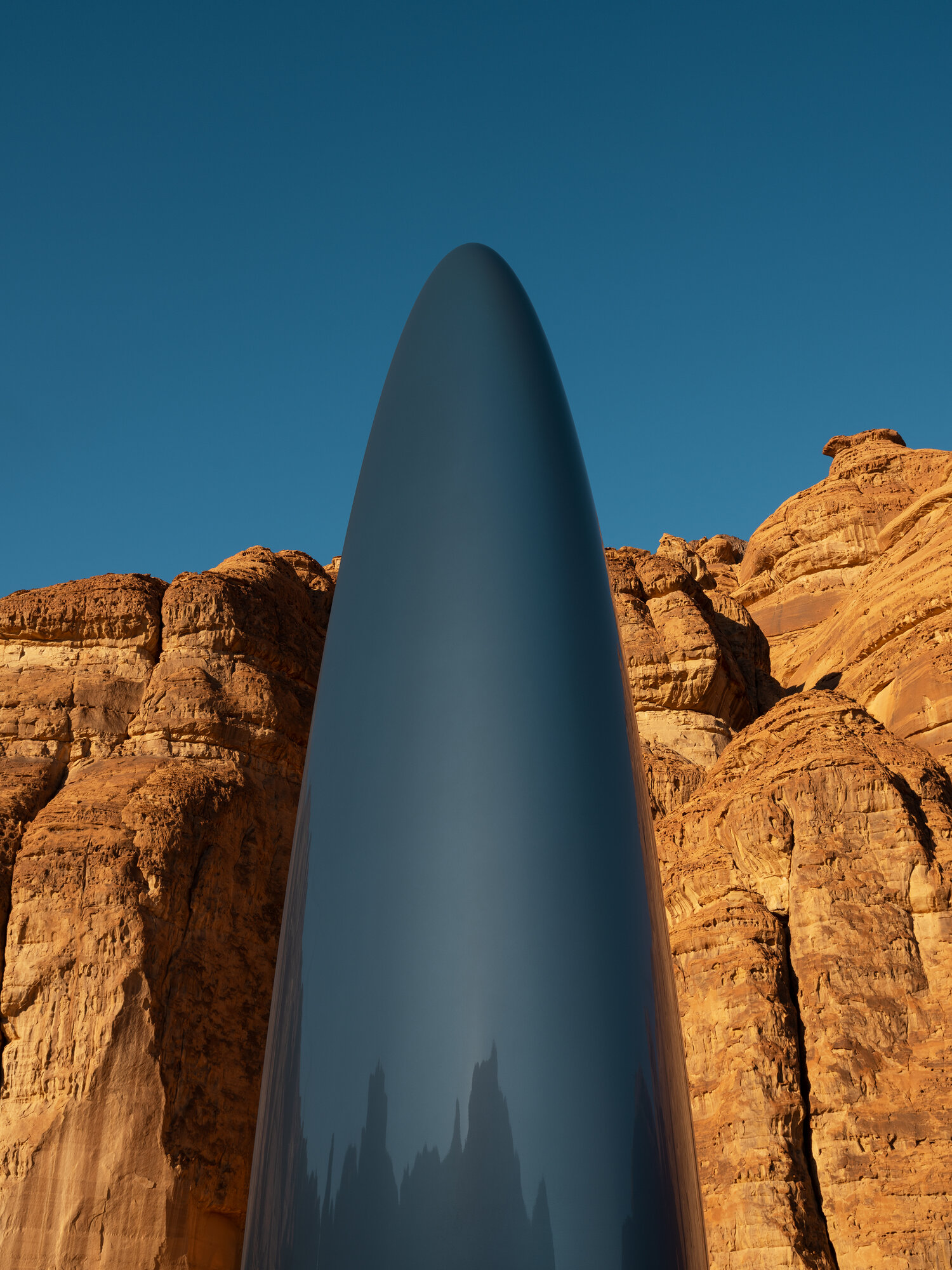 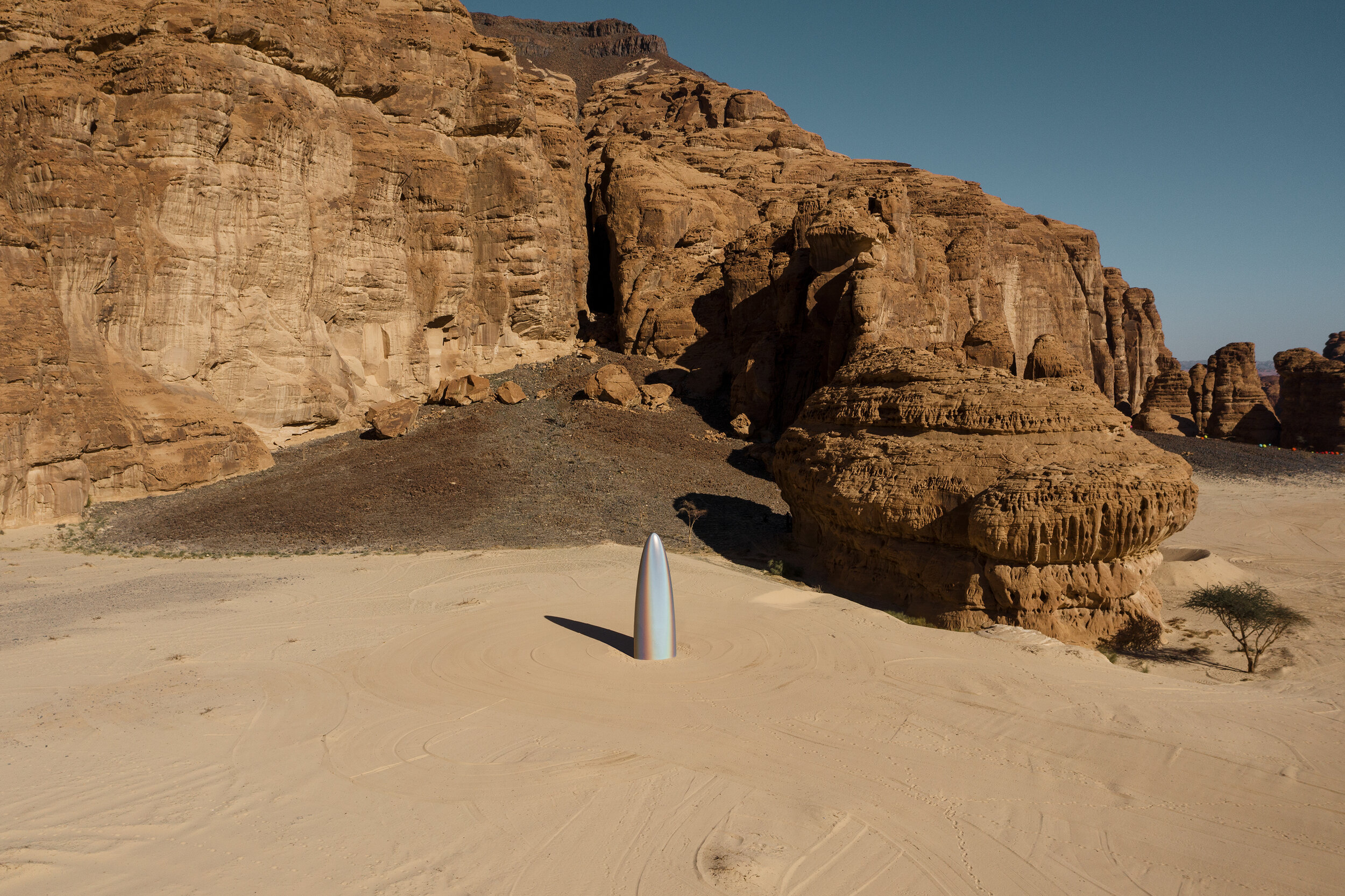 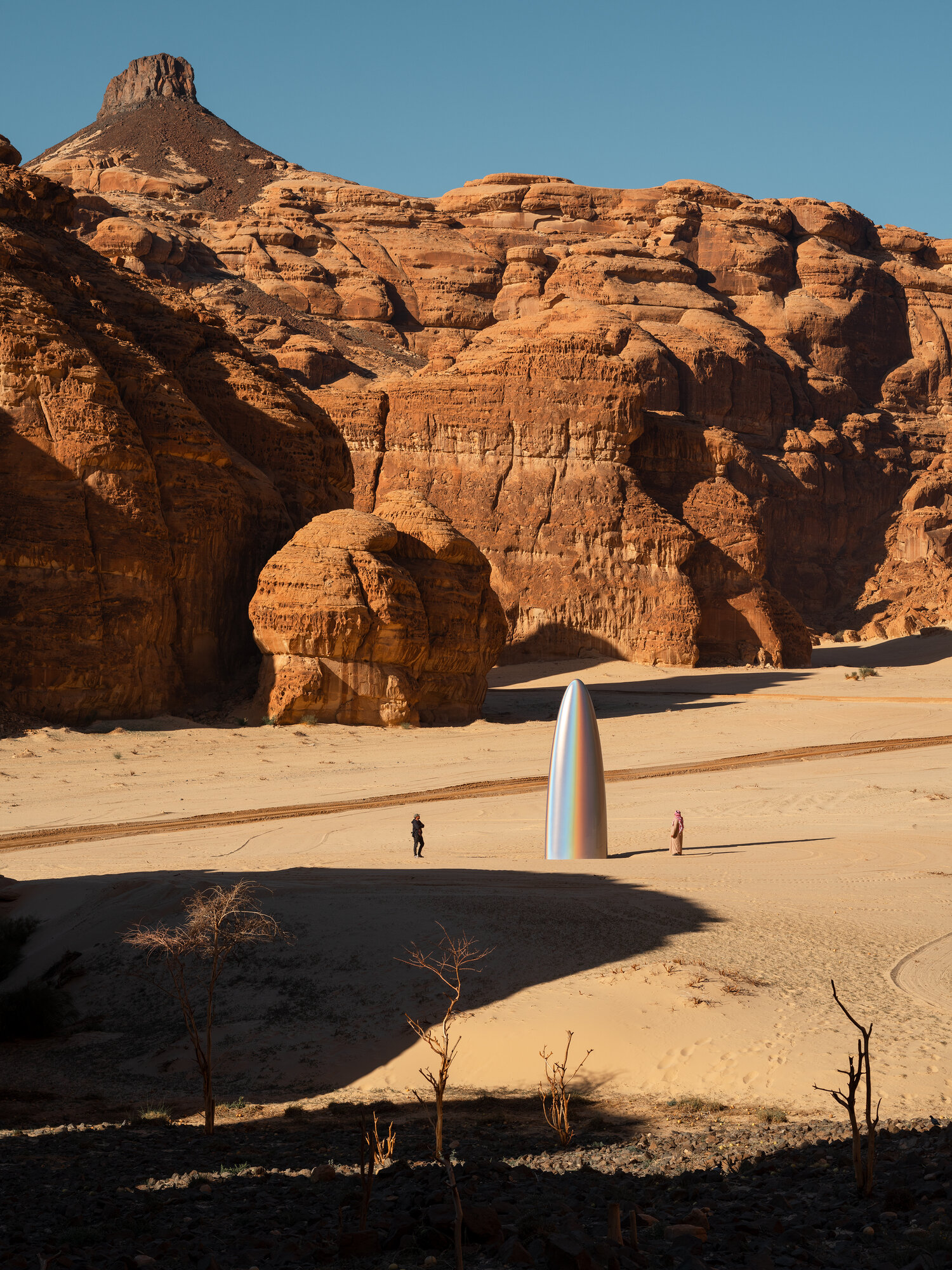 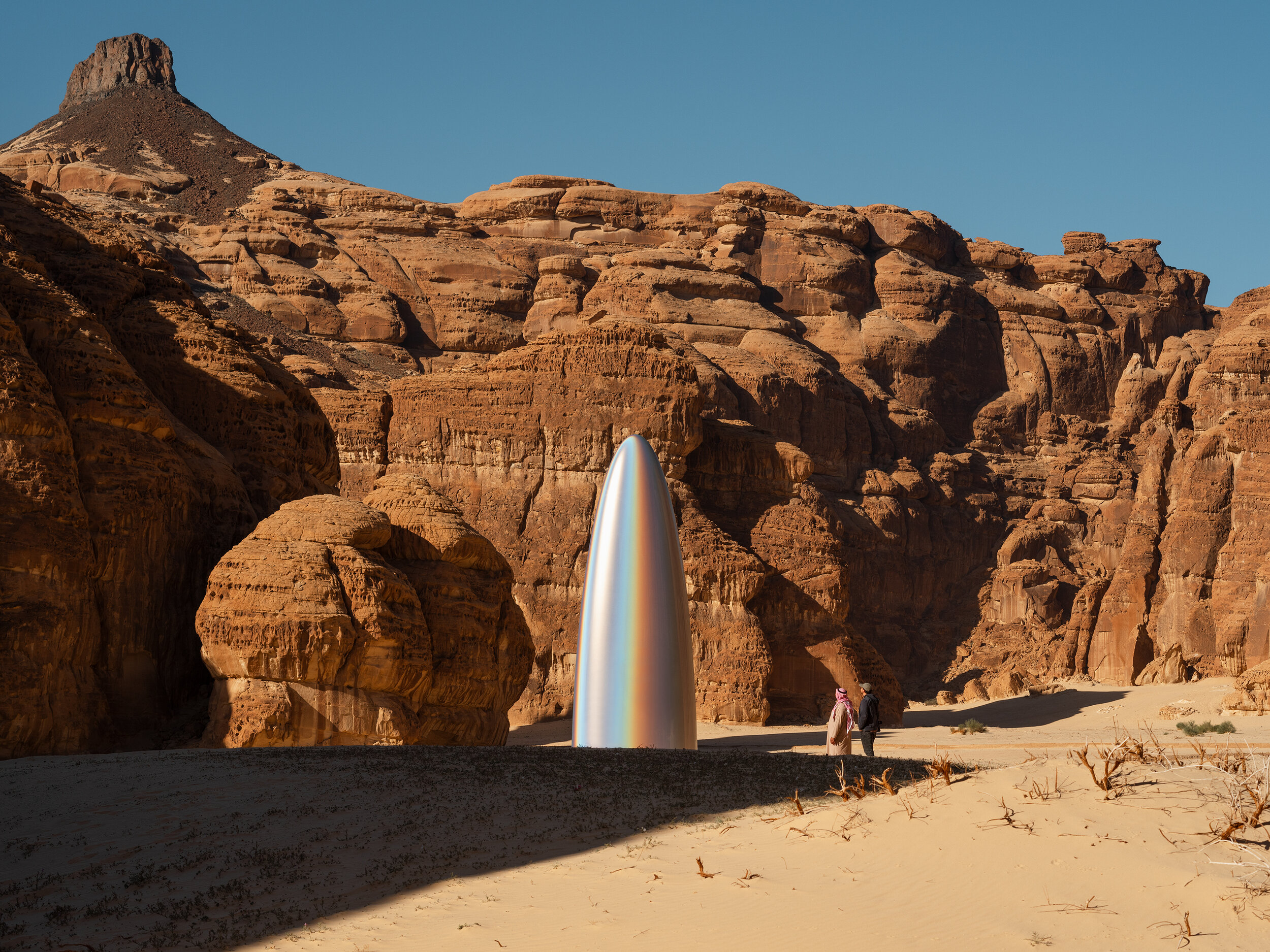 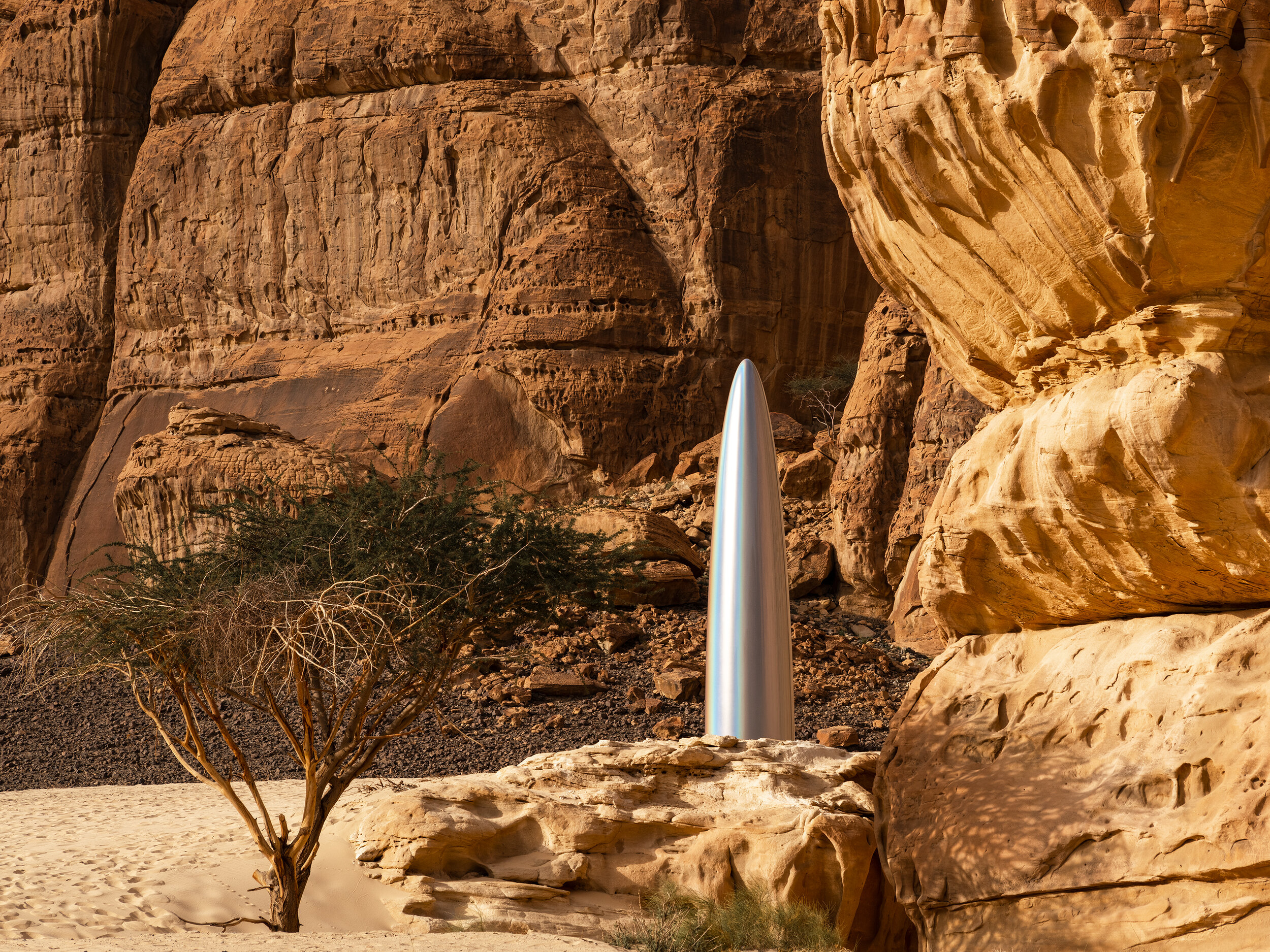 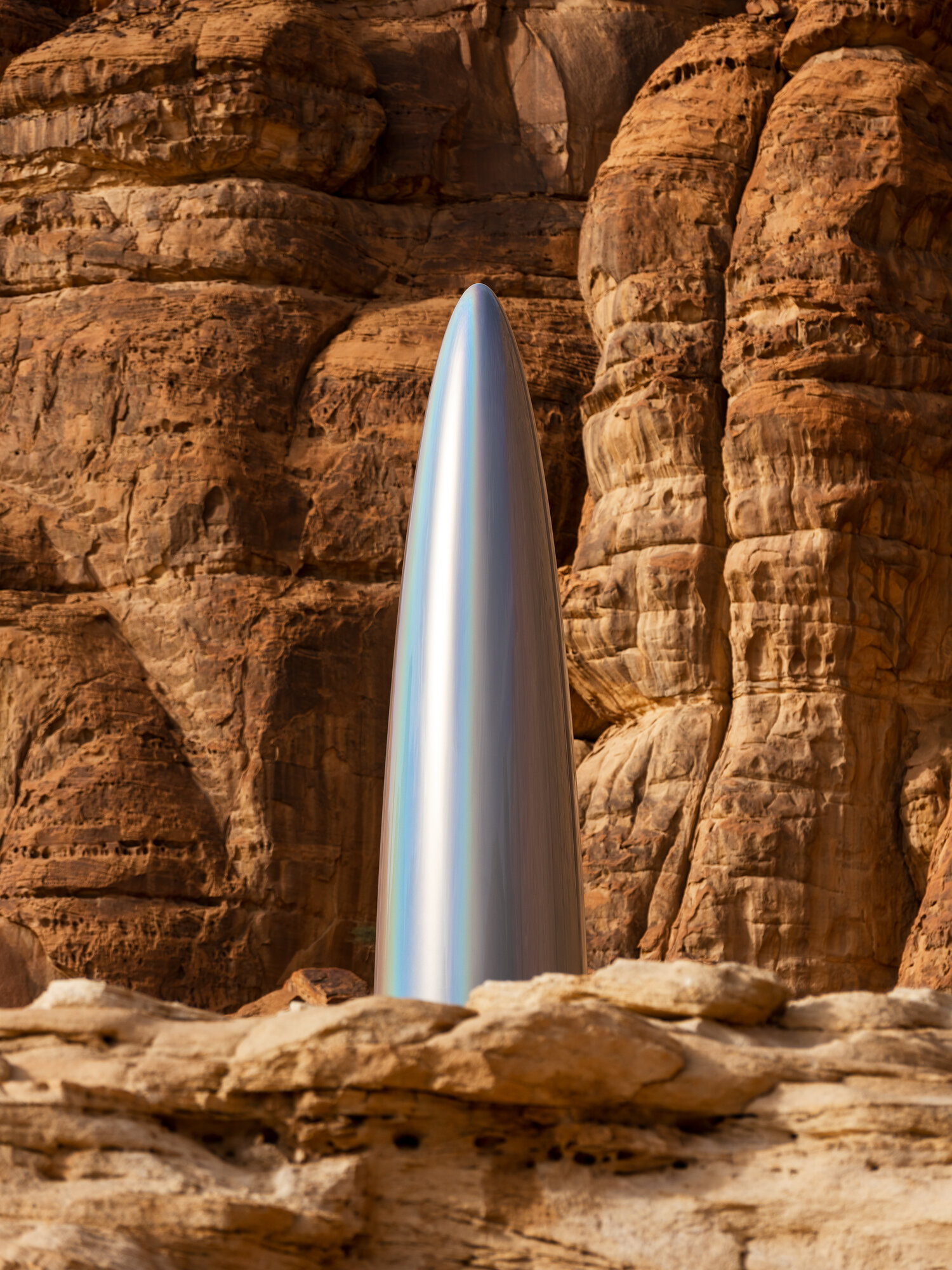 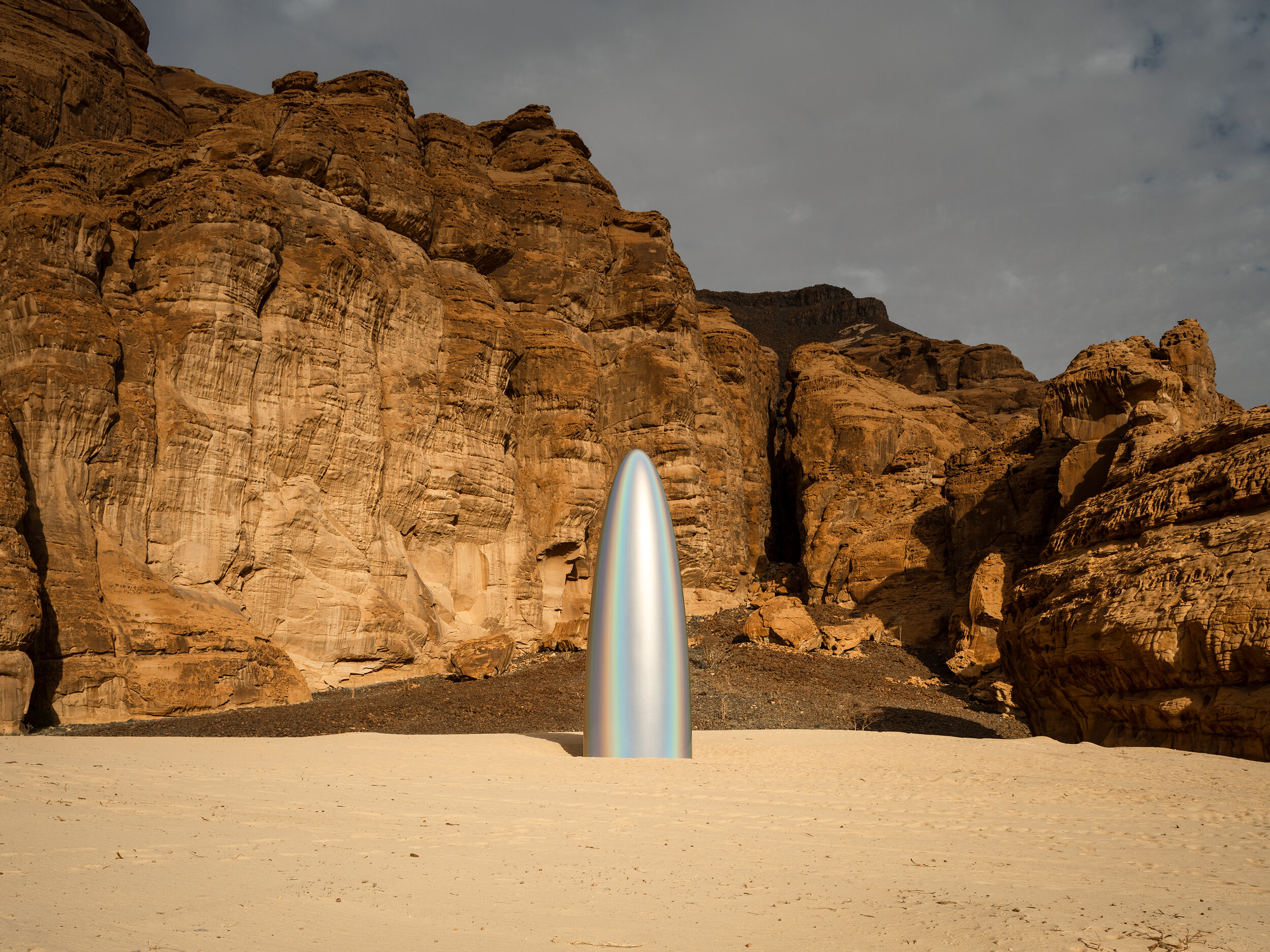 The Future is Now

The Future is Now draws a subtle comparison between human time and geological time. Exploring through juxtaposition, the work encourages a humble sense of perspective and appreciation of the expanse of history from a non-anthropocentric perspective. It creates opportunities for dialogue beyond geographical boundaries, focusing on universal planetary concerns as it looks to the future. Within the arresting desert environment of AlUla, The Future is Now, the latest of her Parabolic Monolith series, stands as a beacon of transformation, renewal, and hope, adding even greater dimensions to the already culturally rich history of this spectacular geological location.

Colon’s practice of “organic minimalism” explores intangible connections between the Earth and the cosmos, hinting at the energy that pervades all things visible and invisible. Colon’s Parabolic Monoliths are physical manifestations of vital energy sourced from the Earth and beyond, purposefully channeled into sleek objects that become conduits of transmutation and transformation, emanating radiant energy. While their outward appearance is high-tech, space-age, and futuristic, they are also visceral, primitive, and reminiscent of ancient cultural artifacts.

In the quest to access these inspiring universal ideas, Colon taps into a confluence of primeval power sources emanating from natural locations found around the world, which she terms “hotspots.” Colon actively draws from the primordial energy of Puerto Rico (her native country), the ever-present sense of renewal, re-invention, and re-birth found in Los Angeles, the essence of metaphysical transformation existing in the open spaces of the Wild West, and the energy permeating the low-slung skies of the rustic haven of minimalism, Marfa, Texas.

Desert landscapes and rugged terrains such as AlUla have a particular power; these ancient lands evidence the magnitude of geological time. As they establish an awareness of the precariousness of human life, they introduce a sense of awe, and an appreciation of the fragility and wonder of life.

Against the backdrop of AlUla’s vast geological and cultural histories, Colon presents her work in order to consider the future. Surrounded by massive geological “earth monuments” harking back billions of years to the Precambrian Era, The Future is Now paradoxically exudes a sense of anti-monumentality. What it summons is an awareness of the precariousness of human existence in the Anthropocene.